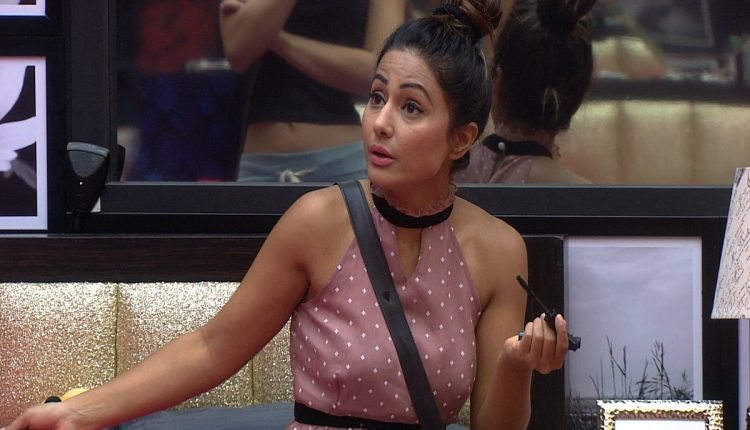 Hina Khan will not be alone in the secret room.

As we earlier reported that Hina Khan might be sent to a secret room this weekend. From that room, she would oversee the happenings of the most controversial house. Now according to new updates, Hina will be joining three new commoner contestants in the room.

According to Bollywoodlife, the makers have roped in hot model-actor types and a sexy lass like Lucinda Nicholas. Besides them, one commoner will be there.

There is a buzz of Sahila Chaddha also joining the show. For the people who are unable to recognize her, she is Rahul Raj Singh’s sister, who was in the news after Pratyusha Banerjee suicide case.

According to the latest sneak peek, another fight erupts between Vikas and Luv, during which Vikas gets injured. Shilpa Shinde and Akash Dadlani’s maa-beta bond begins to fall apart.

Check out the promo here!

Shilpa Shinde is disappointed with Akash Dadlani's behaviour towards her! Tune in tonight at 10:30 PM to find out more! pic.twitter.com/MyzcPsoE16

Let’s see who becomes the new captain of the house. Will the three new commoners strategy work for the makers or not? Because padosis like Sabyasachi and Mehjabi are unable to contribute much to the show’s TRP.