It’s been 75 years since the Bombay docks explosion occurred on 14 April 1944, that killed around 1,300 people. Some 80,000 people were made homeless and 66 firemen lost their lives in the aftermath.

Then to now, in the modern times, the dynamics of fire safety has changed. Fire fighters bravely sacrifice their lives in the line of duty.

In spite of this, we hear of several lives that are lost, families scarred, property damaged, businesses destroyed. A lot of this could be avoided with sheer awareness and alertness. 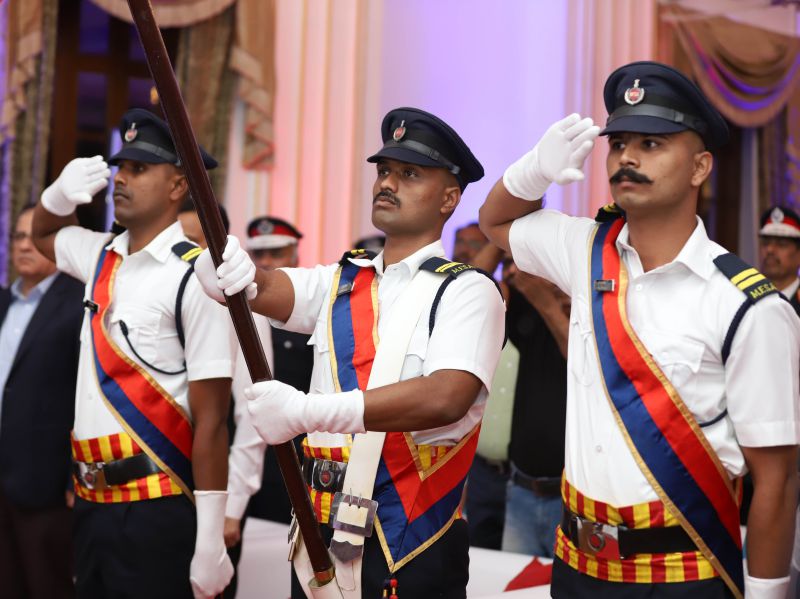 In order to make a larger difference, and involve and educate the common man of the varied fire safety precautions to make them more alert and aware, a big step has been taken.

A campaign which features Shri Amitabh Bachchan petitioning all Indians to join hands and walk the path of fire safety, has been launched through a fire Safety Anthem “Chalo India Ab Saath Chalenge Hum”

The same was launched at the Raj Bhavan in Mumbai at the hands of the Governor of Maharashtra , Shri C.H. Vidyasagar Rao and the Chief Minister of Maharashtra, Shri Devendra Fadnavis.