BIRTHDAY INTERVIEW NAWAZUDDIN SIDDIQUI : “Rejection had become a way of life and a friend”

Today May 19 happens to be the 47th birthday of actor par excellence Nawazuddin Siddiqui. We at bollyy.com and Mayapuri reproduce an earlier interview of NAWAZUDDIN SIDDIQUI by JYOTHI VENKATESH and wish him a happy birthday.

The down to earth actor had actually made his presence felt for the first time with Aamir Khan’s film Peepli Live, though Sarfarosh in which he had played the small role of a terrorist, was his debut film.

He is one actor who has had the opportunity to work with all the Khans in the film industry except perhaps Saif Ali Khan.

Nawazuddin, a graduate from the National School of Drama in the 1996 batch, had also acted in Shekar Kapoor’s Bandit Queen and also appeared in small roles in films like Shool, Munnabhai MBBS etc, besides an ad with Sachin Tendulkar in which he had played one of the dhobis.

Though Nawazuddin has been part of TV shows like Saturday Suspense and Crime Patrol, he feels that he is not cut out for roles in TV serials because he is of the opinion that TV needs only glossy 7 feet tall actors.

I remember how I met the unassuming actor a decade ago when he was not yet well known though he had acted in quite a few films as he could not make his presence felt in a bigger way.

I had landed at the office of the producer where PR person Parul Chawla had fixed an appointment for me to interview the actor who was making waves in festivals.

Unfortunately for him, I reached the venue nearly an hour late and I was the last journalist to interview him that day.

I was shocked when I entered the room only to find him sleeping on a table in the producer’s office and no one else was present there including Parul or her assistant, because Nawazuddin as he himself put it was not a star to reckon with at that time.

I told Nawaz that I had already told Parul that I would not be able to reach before the time I reached because I had to interview a couple of actors earlier that day.

When I told Nawaz that I was a fan of his as I had seen a few films of his, which have not been released till date like Patang and Dekh Indian Circus and he was deliriously happy and was really convinced that I did not reach late because I had not heard of him till then.

The next time I met him was at the small party held to celebrate the release of his film Miss Lovely where we had drinks together and after a couple of hoys Nawazuddin became friendly to me and confessed to me that he appreciated my frankness for writing whatever I felt was right as far as a star or his film was concerned and promised that we should meet more often.

But alas. Nawaz has not met me after that party except for once when a book was released at Hotel Taj Lands End and he was the cafe guest around three years ago, because times had changed and he had hits to his credit like Kick, Bajrangi Bhaijan etc though he played a secondary role to Salman Khan in both of them.

More on Nawazuddin. The actor reveals that he hails from a farmer’s family in Budhana. “I graduated in B Sc (Chemistry) and landed a job as the Chief Chemist in Vadodara in a lab.

It was only when I realized that it was a job which could have even turned fatal for me that I left my job there and went to New Delhi and started doing street plays for the government to survive.

It then struck me that I was good at acting and should pursue a career in acting. I came to Mumbai, and felt it would be easy to get work here but that didn’t happen.

For 4-5 years I did a lot of small roles, crowd scenes. Around this time cinema was taking a turn for the better.

Nawaz admits that his parents live in the village where there are no theatres. “Films are screened in the district, Muzaffarnagar, which is 40 km away from the village.

My family is still into farming there. They have to travel the distance to watch me. There’s nobody to question who’s doing what.

As long as I am doing some work and doing it well, they have no problem. I did ask them to come to Mumbai and stay with me.

They even came here. But they are so used to open spaces in the village; they feel suffocated in the city.

All their friends and relatives are there, so that’s where their heart is. It’s a sense of satisfaction because I proved all of my friends in the village wrong.

All of them said how will he become a hero when I set out but when I go back now, they say wow he has done it.”

Isn’t the sudden attention and stardom daunting? “It’s not so much because I know they’re talking about my work.

All these calls and everything do get a bit intrusive especially when I’m in the middle of a shoot and it starts affecting you as an actor.

I don’t want my concentration to waver. Nothing should interfere in your acting. I guess these are things that come as a package and you have to bear it”.

It does not bother Nawaz that the formula film actors make so many films and mint so much money.

“Even my films did well. Like Kahaani or GOW. I may be doing small roles, like in Dev D or Mukkebaaz where I was only in one song, but these films and also Peepli Live was a hit.

I am also open to doing a formula film, but it should have some meaning. I’m not up for dancing around trees or on streets senselessly.

I’m okay playing a dancer or a rock star but it should be a character-driven role. I’m not up for illogical stuff.

I’m not like formula film actors, who no matter what the name/character will have the same performance, same body language.

Nawaz confesses that other Bollywood stars pay more attention now to him. “Sometimes it gets too much.

As a man who has lived a nondescript life for over 20 years in the industry, suddenly being showered with attention, is not something I am used to.

A good actor will be noticed no matter what. My problem is that just because somebody comes from a film family he gets paid in crores.

He may be a good actor but that is unfair. Let him prove his ability first, right? Why don’t they want to pay good actors?

I want to become the highest paid actor. Not because I want money, but because I know I will be paid for my acting, for my ability to entertain”.

Recalling the number of rejections that he had to face when he was struggling, Nawaz says that there were times when he was locked for a role but then called and told it’s not happening.

“Rejection had become a way of life and a friend. After a point it stopped affecting me. It became just another thing after I went through emotions of shock, anger, frustration every time; in that order.

Finally I am glad that I am getting my due! Sometimes I think if I had got all these films 5 years back, probably I wouldn’t be as grounded as I am now. It helps that way”. 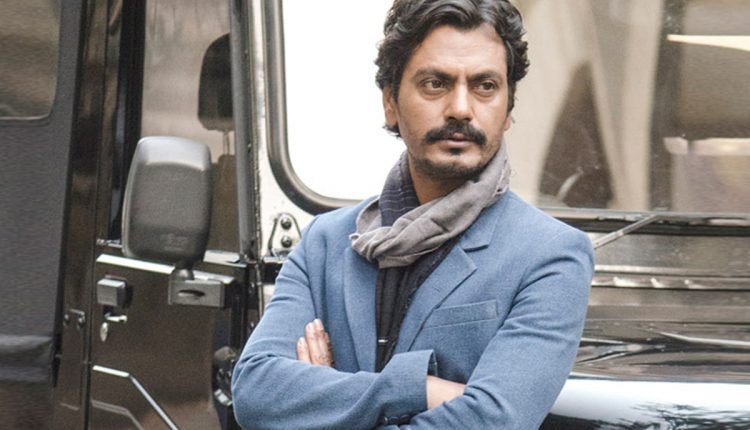 Nawaz says, “I felt it necessary to mention all for these reasons. Otherwise, there was no point in writing a book.

I know a lot of people will be upset after reading this, but I felt there was no point in writing without mentioning facts.

I had a lot of time to decide, should I give names or not, should I write the truth or not, or should be a little manipulative.

I got a lot of time to think, but finally I realized that it’s better to do it right if you must write the truth, or don’t write at all.”

It didn’t strike him that he could be typed as a C grade actor when he said yes to the film Miss Lovely. 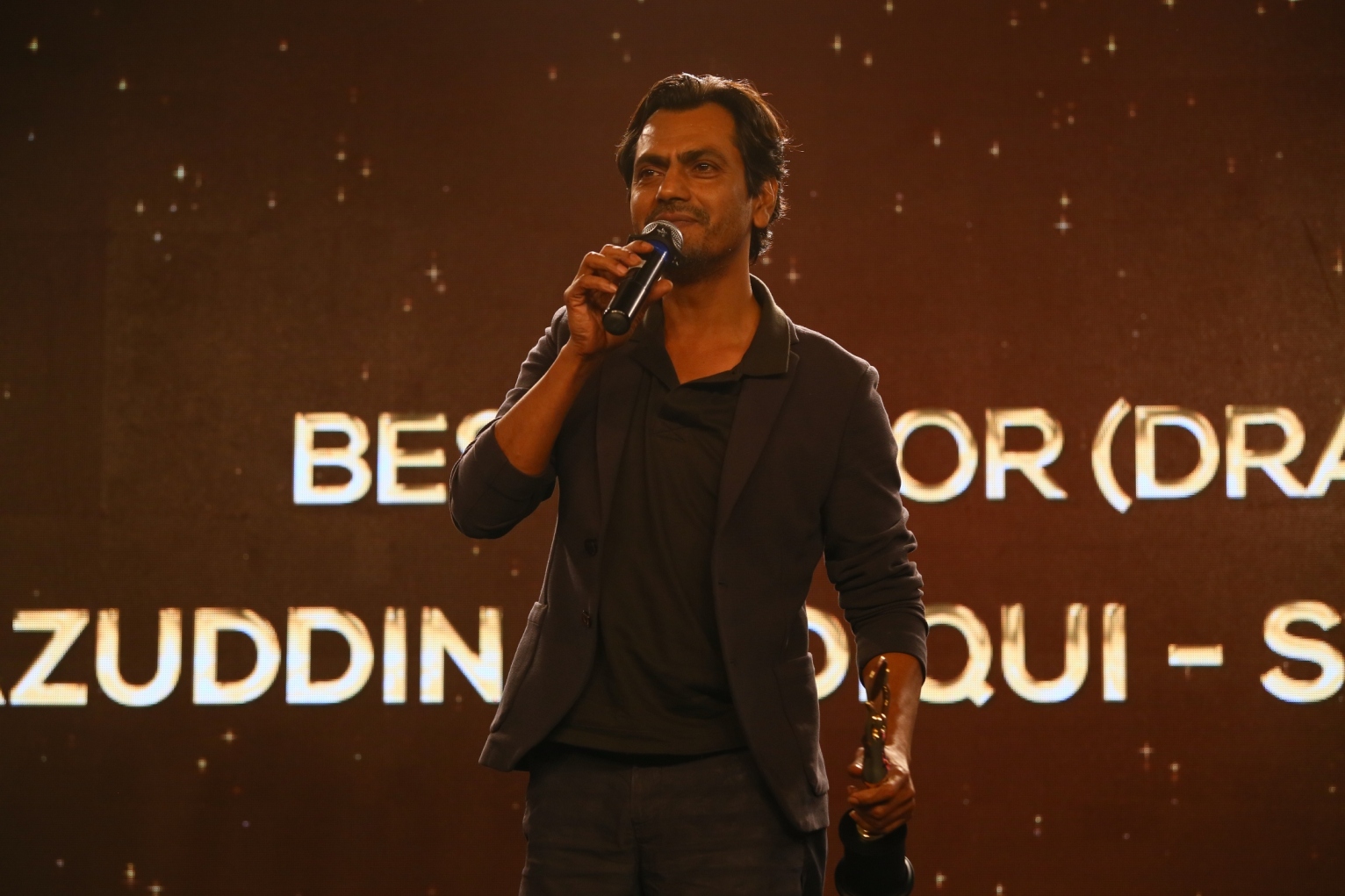 “I had no other option then and grabbed it because not only did I not have any image but was also getting an offer to play the lead after doing several supporting parts.

I also said yes because Gangs of Wasseypur hadn’t happened and 2009 was the year when several independent filmmakers had started making inroads in Indian Cinema with bold and thought provoking and out of the box content and ready to break the formula.

Nawaz says he is not rigid as far as his payment is concerned, “I know for a fact that there is no merit system here in India and no one pays an actor here but only a hero, unlike in Hollywood. I have a different path as an actor.

If I like a director, I’d not hesitate to go to him and ask for a role in his film. I may agree to do a film even if I get just a lakh of rupees.

Even if I do not get good payment, I may say yes to a film if I like the role. I have even said no to big banners just because I did not like the roles that I was offered.”

Nawaz admits that one actor who has inspired him tremendously is Naseeruddin Shah. “I would not hesitate to state that I was inspired to take up acting after I watched Naseersaab act effortlessly in films.

Even now I can rattle off at least six performances of his which stand out, like in Katha, Sparsh, Albert Pinto Ko Gussa Kyon Aata Hai, Ardh Satya, Mandi and Ijaazat. 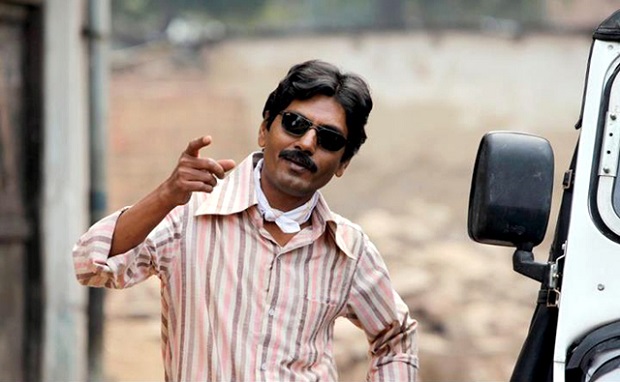 What I admire about Naseersaab is that each performance of his has been different from the other”.

Nawaz confesses that he does not at all watch Hindi films though he makes it a point to watch World Cinema.

“The main reason is that now that I am part of Hindi Cinema, I do not want to be subconsciously influenced by the actors who I see in Hindi films.

I am fond of watching Iranian, Korean, French and Mexican films and make it a point to attend International Film Festivals in India and also watch DVDs.

However, I am happy that in the last couple of years, small films have emerged victorious at the box office”.