Knowing , as I know and many others may have knowing him,I know he must be squirming in his chair and may be even beating himself up every time he hears some one or reads somewhere about his being the “Mr.Pefectionist”,because isn’t being perfect the need to do a good job in any field of life ? And why are people making a quality like perfection a virtue or a value that is found once in a way in one man in a million ? And weren’t their perfectionist in the realm of acting before Aamir ? What were great actors like Motilal,Dilip Kumar, Balraj Sahni, Sanjeev Kumar and an actress like Nutan perfectionist as actors ? And how can I or anyone who knows anything about acting forget that Rishi Kapoor was also a perfectionist even though he was a star and a super star of his time ? If you ask me who had the good fortune of knowing Rishi the actor (more than the star or as the son of the greatest showman of India ).Rishi was more than a perfectionist in name or as a brand. Perfection came to Rishi, the actor naturally, he didn’t have to strive for it or work hard for it….

Rishi was hardly nineteen when he started shooting for his first film as a hero with his father’s film ,”Bobby”but the way he went about his scenes and even his songs and dialogue and the action scenes, it was a delight and a sight to see a young actor take so much of interest in his work. He had the highest respect for his father who he called “Raj Sahab “with whom he had worked as a child artist in “Mera Naam Joker “and had also assisted him as a director, but he made sure that he asked his father about any doubt he had about his work. Of course, he later went on to say, “I didn’t have to learn acting from anyone or from anywhere.Ihad to just follow what Raj Sahab told me and that was what I considered to be good acting.”

Rishi showed his interest in being perfect in all that he did as an actor in the films that followed “Bobby”.But, the new star-actor in quest for perfection was seen at his best again when he was playing Majnu in H.S.Rawail’s(the director who had made films like “Sangharsh” with Dilip Kumar and “Mere Mehboob “with Ashok Kumar, Rajendra Kumar and Sadhana)”Laila Majnu “.It was an entirely new genre of films for Rishi, but he mastered the Urdu language with all its nuances before the shooting of every scene of the film which was based on the epic love story of Laila and Majnu in which a new actors actress called Ranjeeta played Laila .Rishi was so full of questions that the veteran director who was impressed predicted a great future for him as an actor. It was interesting to see how Rishi was not carried away by his new found stardom and how he was only interested in giving the role all the best he could.It was the first time that he even took interest in the lyrics by Sahir Ludhianvi and the music by a maestro like Madan Mohan.If I say that there was a certain kind of divine madness about his performance in the film, I think any one of that time who had seen Rishi at work and the results in the film will no what I am saying and why I am saying what I am saying.His performance in” Laila Majnu” is easily one of his best in the forty-eight -year old long and illustrious year career as an actor…

His quest for perfection continued with the quest only growing more and more intense with time and the kind of films he did .He was gradually branded as one of the most successful romantic heroes he knew it .And he also knew that he would have to invent and re-invent himself if he had to save and protect the actor in him.If one notices any of his performances as the romantic hero or the lover boy as he was known, his intensity, passion, energy and enthusiasm can be seen and even felt in every scene and song and especially in the highly dramatic and emotional scenes.

He had worked with twenty eight different actresses at different times, some well-known and most unknown, but if one looks at the way he romances these heroines, one will see him putting all his life into giving the romantic scenes a new dimension and a new meaning which he once told me he had learnt after watching Dev Anand romance all his many heroines from Madhubala and Nutan and Waheeda Rehman to Raakhee,Zeenat Aman and Teena Munim. While takling about Dev Anand, he once told me about a long talk he had with the ultimate romantic hero, who else but Dev Anand ,and said “at the end of his long talk,Dev Sahab who was seventy five told me, ‘Chinntu,we youngsters must get together and do something for Hindi cinema and I was floored by the men who was as an old and dear friend of my father who had so much of the spirit of youth and romance still so alive in him. “Rishi never talked about any other actor being his idol or his source of inspiration.

Music was the life of the actor in Rishi. It came to him naturally. He could master any musical instrument within no time and made sure that when he played them during a song or and dance number, he had complete command over the instruments he was to play in them.He was at his best when he palyed the “daff “or the “daffali “as it was called ,just like his father was in his films and even in parties and at film festivals abroad especially in Russia.He was at his best playing the “daffli “in “Sargam”which was the first film of the venerated director of Telugu films, K.Vishwanath who after seeing Rishi’s performance and his passion for the “daffli” and other instruments said, “I have worked with some of the greatest actors, but I have not seen this kind of madness for work in any other actor “.Subhash Ghai took full advantage of Rishi’s passion for music and his command over musical instruments when he made ‘Karz “.

The film has Rishi playing a singer and a fascinating dancer. Every song in the film has Rishi playing some major instrument like the organ, the electric guitar and the violin.He as was his practice didn’t start shooting till he had mastered the movents that were needed till he found satisfaction or call it perfection. Years later, Aamir Khan was to shoot a song with a huge piano for Yash Chopra’s mutistarter “Parampara” .He kept all the senior stars like Sunil Dutt , Vinod Khanna and Yash Chopra and the entire unit waiting till he got his finger movents right on the keys of the piano to match with the piano playing in the recorded song .And the stars and Yash Chopra were irritated, but Aamir had his way .The story about Aamir spread and that was perhaps the first time Aamir was called a perfectionist. 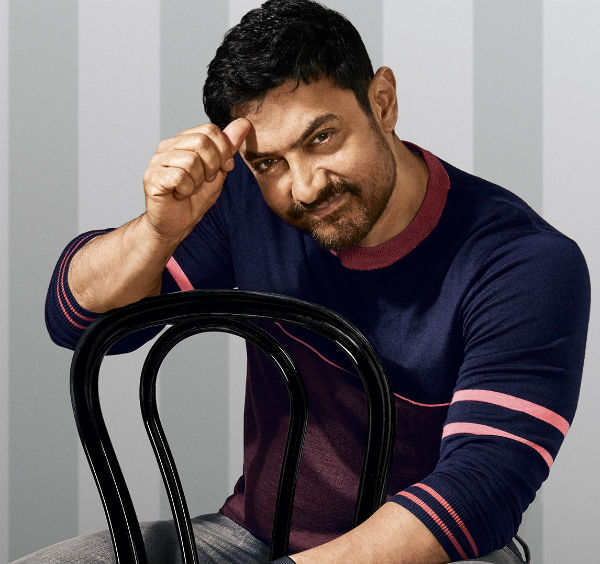 Rishi has not completed school, like all the other Kapoors ,but like his father who had only studied upto the eighth standard, he could speak the kind of English that could put masters of the language in the shade. He made sure that he had complete scripts before he agreed or disagreed to do a film and read the scripts for several days till he got a hang of them.Questioning the writers and directors was a part of Rishis way of working. He once said, “We Kapoor’s may not have a great love for reading books, but we can tell the difference between a good and a bad script just like that.We know more about cameras and how to make films than we know about books and other sources of learning ,we know more about human beings and their behaviour than psychologists,
psychiatrist and philosophers “.

Rishis knowledge about cinema attracted some of the biggest filmmakers who loved working with him. Among them were B.R.Chopra who directed him in “Tawaaif”Yash Chopra who made films like “Kabhi Kabhie “, “Vijay ” and “Chandni “with him (as I write this piece, a strange and sad story comes to my mind,Yash Chopra, Vinod Khanna, Sridevi and Rishi were the highlights of “Chandni “and they had all now become a part of the past )and Manmohan Desai who made “Amar Akbar Anthony “and “Coolie “with him. His willingness to learn from these directors and even directors who he knew were enlightened about Cinema was evident all the time….

His career took a new turn when he started playing character roles and even negative role. He was outstanding in his roles in films like “Agneepath”, “Ye Hai Jalwa”,
“Aurangzeb “,Kapoor and Sons,” Fanaa “,and “Namaste London” ,”Student of the Year”and “102 not out”,one of the fifteen or sixteen films he had done with Amitabh Bachchan. He had changed his style and ways of acting to go with the changing times and the change in his image. He had also started working with the new generation of actors like Aamir Khan, Shah Rukh Khan and Salman Khan, Akshay Kumar and down to Varun Dhawan, Alia Bhatt and Sidhhart Malhotra. The actor who had started as a child artists in” Mera Naam Joker “was was now playing a don ,a father ,a grandfather ,a bad man and even the son of Amitabh and a gay .

Rishi was not only a prefectionist when it came to acting, he was also a perfectionist in every day life. He loved his food and it was his food that largly decided his moods.And if there was one thing he couldn’t give up till the end of his life and even at the risk of his life was whisky. Like his father, he could drink at any time of the day or night and sometimes even started his day at seven in morning with drinks. He was not an alcoholic, he said, he only was madly in love with his drinks. And he was faithful to his favorite brand of whisky, Black Label till the very end….

I have seen many dead bodies lying in cemeteries and crematoriums,but seing Rishi Kapoor, my friend of fifty years lying on the cold floor at the Chandanwadi crematorium on a stretcher made of “jungli”wood with his body covered with a huge white sheet and surrounded by his family and his son Ranbir was and will be a sight which will stay on in my mind till it is my turn to lie on that cold floor. The day I saw the full of life Rishi Kapoor as a dead man, I lost whatever fear I had about death. I realized that even a Rishi Kapoor who had celebrated life had to surrender to the Icy hands of death and had to leave behind all his fame, his reputation, his endless quest for perfection, his small and loving family and even his bottle of Black Label whisky.