Anuradha Paudwal who is in the list of the best singers of the Indian film industry her childhood was spent in Mumbai due to which she was inclined towards films from the beginning.

Let’s know some special things about the life of this melodious personality:

Anuradha ji was born on 27 October 1952 in a Brahmin family of Maharashtra, since childhood, she was very interested in music, the first stage program she did when she was 4 years old, her father wanted to make him a professor, but seeing her interest towards music, her mother got her into musical training, her guru in music was Shri Pandit Jasraj Ji, Shri Pandit Ram Narayan ji.

He had told at the same time that Anuradha Bharat Will become a great artist of the country.

Anuradha Paudwal made her singing debut in 1973 with the film ‘Abhimaan’. Amitabh Bachchan and Jaya Bhaduri were seen in lead roles in this film.

In which she sang a shloka song for Jaya Bhaduri.  After this, Anuradha also sang in the film ‘Kalicharan’ in the year 1976, but she started singing solo with the film ‘Aap Beeti’.

After her successful singing in films, she decided to sing only for T-Series Company and the result of her contract with T-Series was that Anuradha was in all the devotional songs and audio cassettes of T-Series Company at that time.

The voice started, but it benefited her competitors, who started singing more songs in films in her absence.

Anuradha ji saw many troubles in her life but she was never disappointed or upset after the death of her husband but she never broke, now the situation is that in most of the people listen her in the morning or you can say her voice brings morning in their houses.

Hari ki Podi, Haridwar still performs aarti from her sung Ganga Aarti, Gayatri Mantra is the gift of Anuradha ji, otherwise we would not be able to hear Gayatri Mantra today, will only read all the texts in Sanskrit. 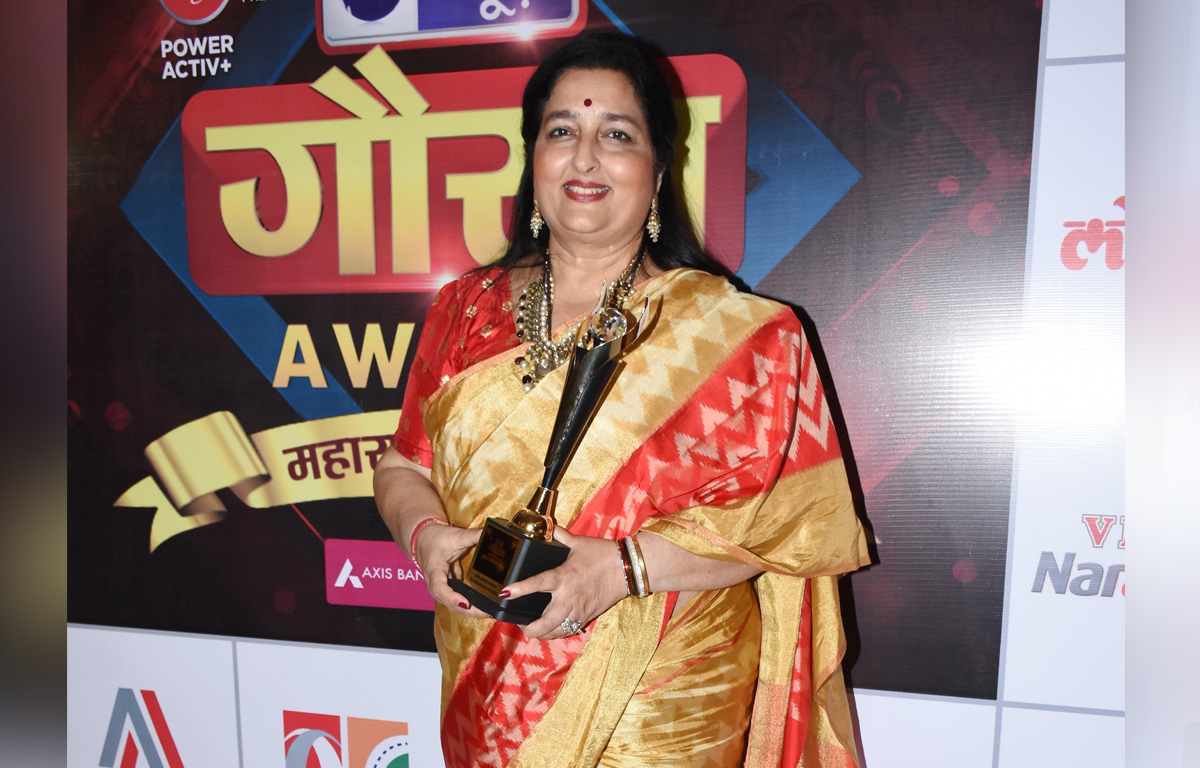 She has sung Shri Mad Bhagwat Geeta, Stotra of all Gods, Bhaktamar Stotra, Durga Saptashati, Amritbani to all deities, Ram Charit Manas, Everywhere she is unmatched.

She sang for all great poets like Surdas, Meera, Tulsi, Raskhan ,she has given his voice over 1000 albums of bhajans, apart from Hindu religion, she sang all the sabhudays like sabad singing, etc.,

listening to Sanskrit sounds as if she has a voice, even in ghazal singing, Anuradha ji is unmatched, Jagjit Singh and Ghulam Ali ji also could not live without praising her and said that an artist like Anuradha would have been born in many years.