Birthday Special: Govardhan Asrani, Who can make you laugh but also can put tears in your eyes

I first saw him walking around the Mohan Studio and Natraj Studio, wearing a blue khadi kurta (which was available at any Khadi Bhandaar for a mere ten rupees) and I was told that he was an actor who had passed out the FTII. I saw him as an actor for the first time when I saw Hrishikesh Mukherjee’s “Guddi” in which another alumni from the FTII ,Jaya Bhaduri had made her debut. He had a small role as a struggler in film who had spent years looking for a break and his performance was a heartbreaking experience I can still not forget. His full name was Govardhan Asrani, which he had cut down to just Asrani as he believed that people would find it difficult to take his full name in a flow.
….. Ali Peter John 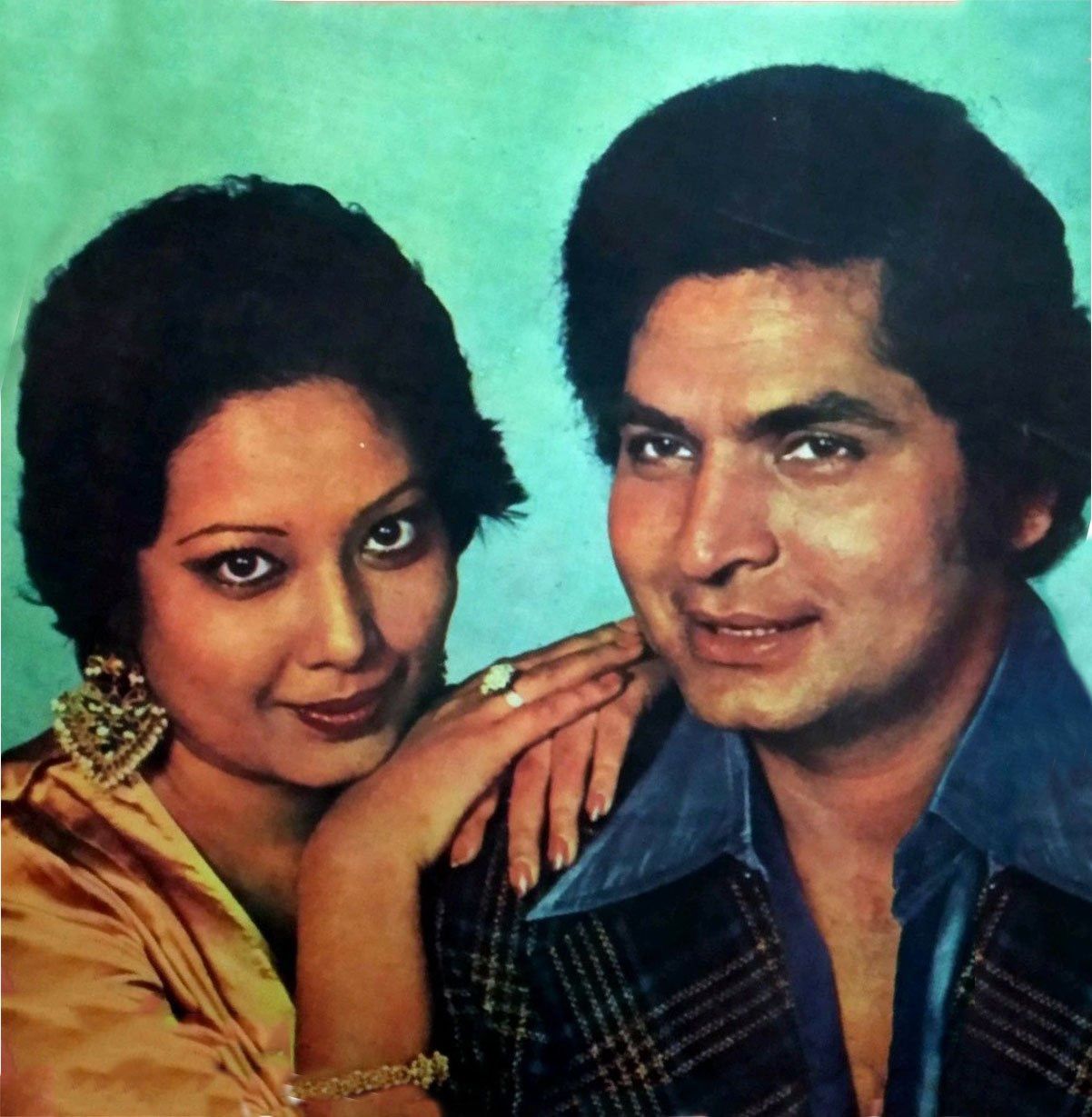 Soon Asrani was a known comedian, but he was also a teacher at the FTII and came to Bombay on the weekends to find work. He was now a favorite actor of big directors like Gulzar and Hrishida among others. He was the guru of many young actors, but he had to be satisfied with playing the comedian (buffoon) in film after film. Those were days when a villain or a comedian or even a supporting actor could make it big if he was in the good books of the hero. Asrani was said to belong to the “Rajesh Khanna camp” and made the best use of his association with Rajesh Khanna who was the “god” of the Hindi film industry. He also played comic roles in the films of Amitabh Bachchan, Dharmendra and Jeetendra, but he was better known as “Rajesh Khanna’s man” and he didn’t mind if as long as roles came to him.

He was a highly talented man who could do anything in the business of entertainment and it made him take to direction and within five years, he directed three films with himself in the roles of the hero, his first film as a director was “Chala Murari Hero Banne” with Bindiya Goswami as his heroine, the film didn’t do well, but Asrani directed two more films, “Sorry Madam” and “Hum Nahin Sudhrenge” in which he played a triple role and had three heroines. But unfortunately all the three films failed to make any impact and Asrani had to forget direction for a while. 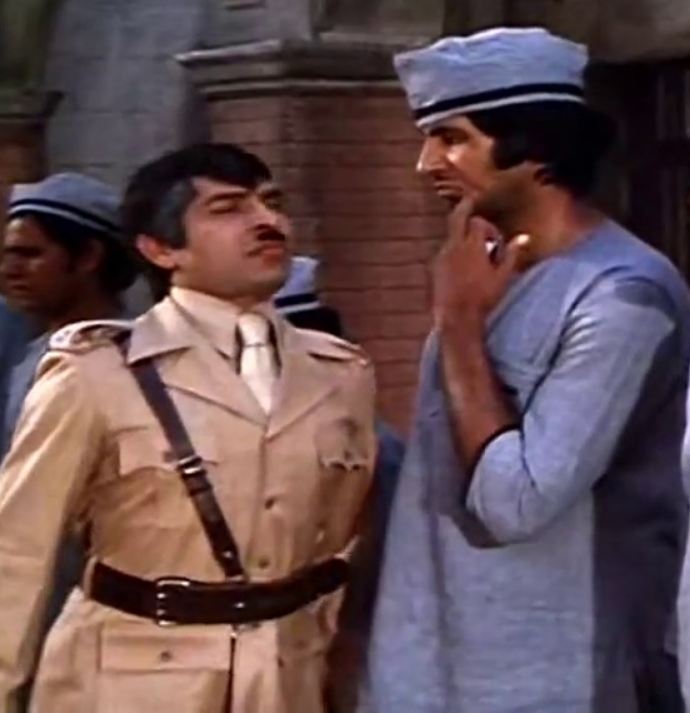 But, luck was on his side. And the veteran director Vijay Bhatt, the uncle of Mahesh Bhatt (and the director whose film “Ram Rajya” was the only film Mahatma Gandhi had seen in his life) took a risk to launch Asrani as a leading man of a Gujarati film called “Mai Baap”. The film was a super hit and there was no stopping Asrani. His stardom in Gujarat was unbelievable. 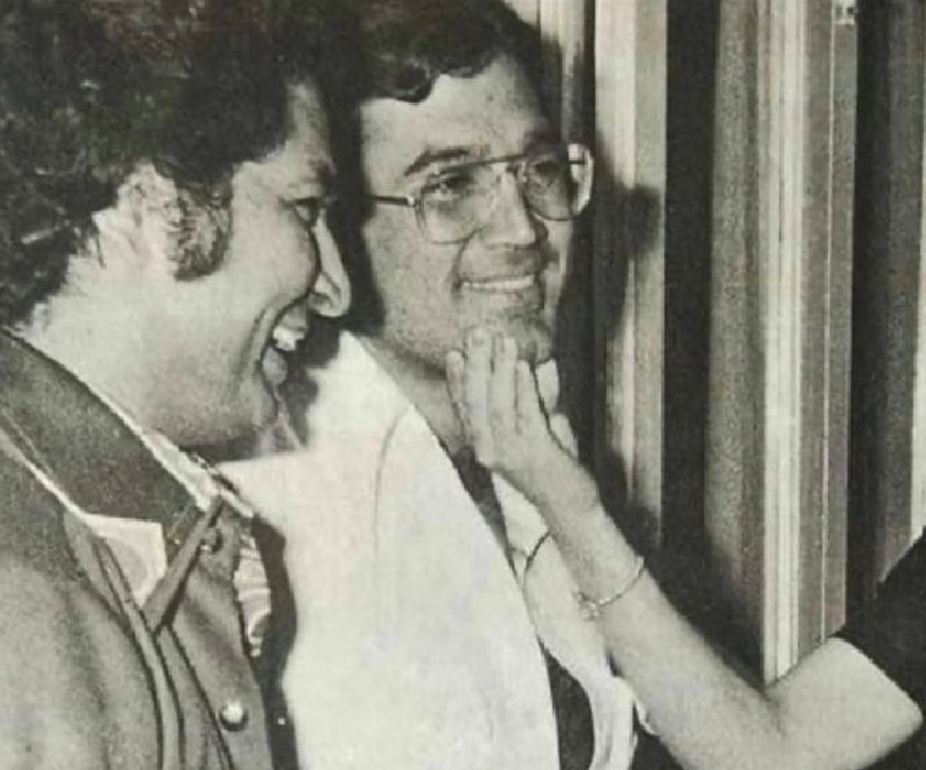 I was invited by him to the premieres and launchings of his films, mostly in Ahmedabad. We took the first flight to Ahmedabad, checked into the Cama Hotel, the only five star hotel in Ahmedabad those days and at 11am we were at the theatre where the Pooja was being held. Huge crowds lined up the roads to have a glimpse of him, threw huge garlands at him and people even tore his clothes and he was very thrilled with the welcome he received wherever he went. Most of the films he did in Gujarat were big hits, which made Asrani the number one star of Gujarati films. His success led other stars from Bombay to switch over to Gujarati films, including Kiran Kumar, Reeta Bhaduri and even stars like Shatrughan Sinha.

Asrani had become a mega star all over gujarat in the early eighties and was as popular as rajesh khanna and amitabh bachchan during the years he ruled the hearts of people who made him a part of their lives and their homes. There were times when he couldn’t believe his enormous success and there were times when he believed he was the king of gujarat. The stories about his stardom are almost unbelievable.

He used to have grand private parties where alcohol flowed, and gujarat was a dry state those days, like it is even today. Some of his parties were attended by the police commisioner, other senior police officers and leading politicians of the state. Mr. Amarsingh chaudhary was the chief minister and he never failed to attend any party thrown by asrani. 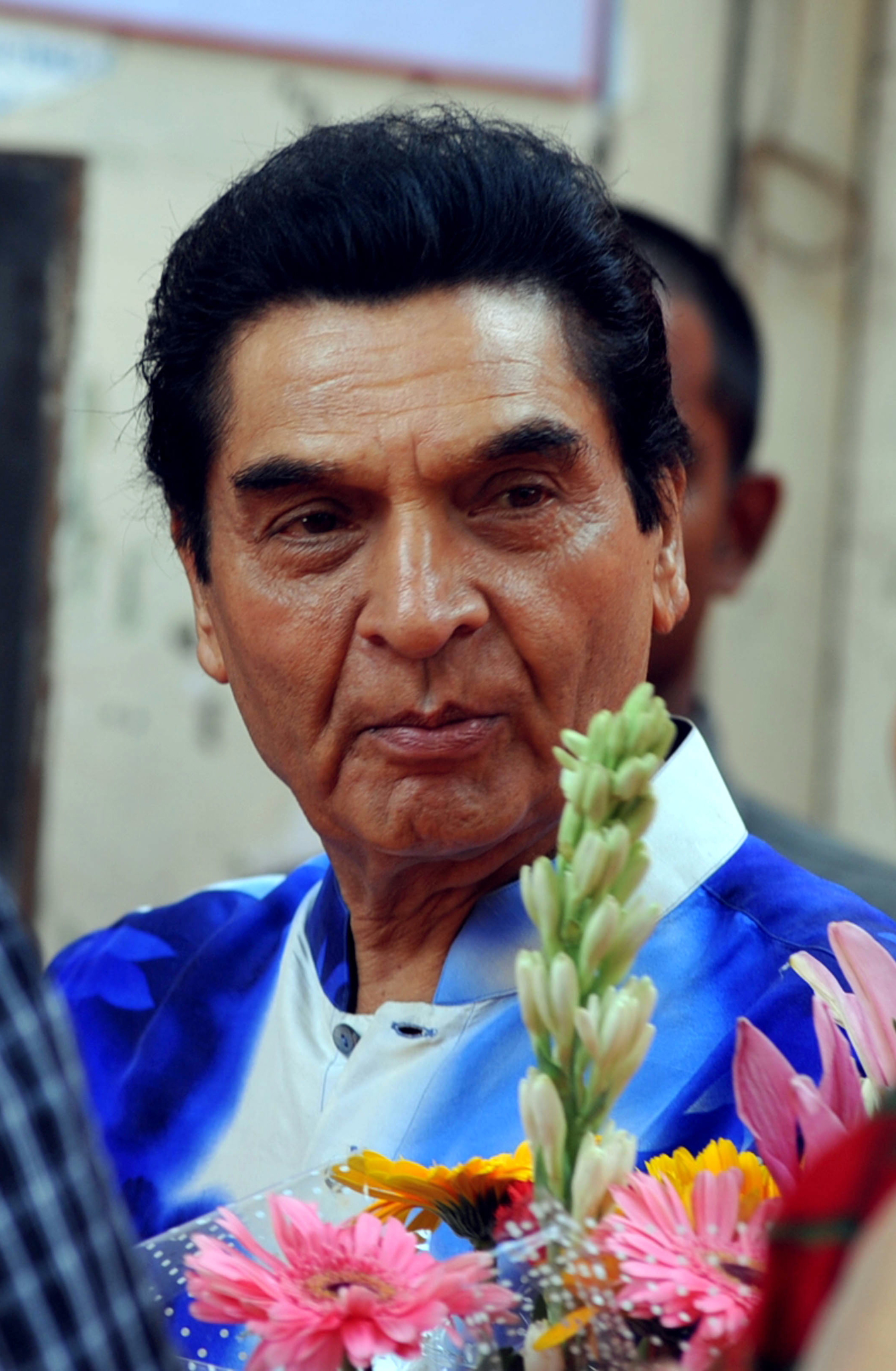 There were times when asrani sir used to get so drunk that he would get out of his car even when it was in motion and used to believe that he was landing on safe ground, but was not. People offen believed that his getting off moving cars and being still alive was a miracle. Asrani sir had once given the oppurtunity to do the commentary for a star cricket match in surat and the way he did his job as a commentrator made people go crazy. Sanjeev kumar was from surat and was in surat during this match and asrani brought the stadium down when he once during a commentary announced, “jis kisi behen ko hari bhai(sanjeev)ko milna ho, match ke baad room number 364 mein aa sakti hai, wo mera room number hai”. 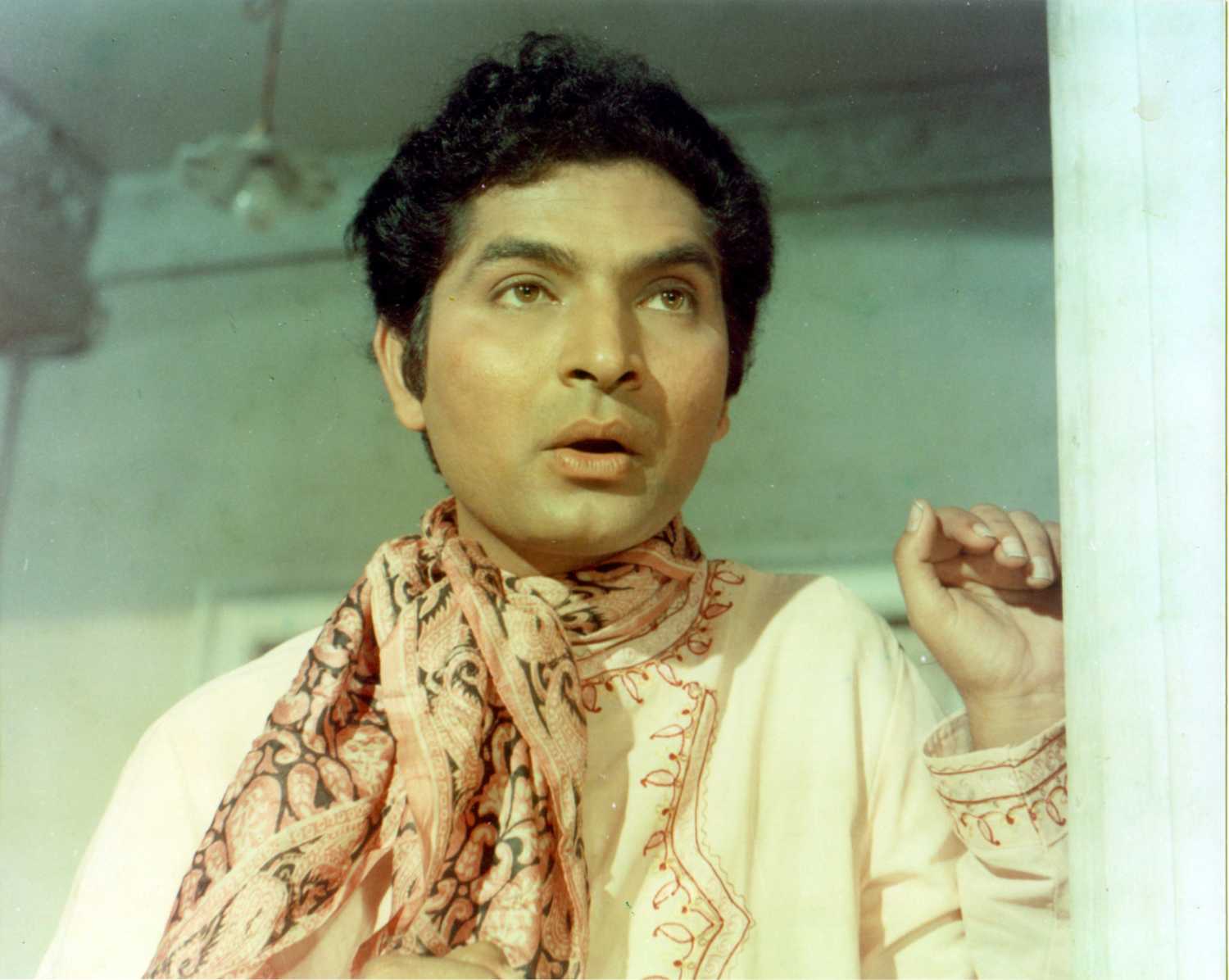 He once invited me to join him on a trip to the gir forest. He plied me with some drinks and we then drove to the forest known to be populated with tigers. We were surprised to see how the tigers in this forest were so mild and tame. Asrani sir was not scared of the tigers who surrounded him and was so brave (thanks to the scotch he had in him). The forest officials were worried about the safety of asrani sir, but asrani sir took all  of them by shock when he stretched his hand to the most ferocious looking tiger and said, “sir, autograph doge kya?”. The tiger looked away from him as if he was not of the world he knew.

Asrani sir may have done the most atrocious sceens in real life and in reel life, but the truth is that he was a very wise man, a well-read man and above all a very good teacher.

I remember one particular day when he was shooting in ahmedabad and was called to rajahmundry in andra. He travelled from ahmedabad to bombay and from bombay to hyderabad and then took a car to reach rajamundry. The shooting was already on with rajesh khanna and sridevi and some leading character actors from bombay shooting. Asrani sir went to the director and asked him what his scene was. The director looked at asrani sir as if he was an idiot and told him, “rajesh running, sridevi running, you also run. What scene you are talking about?” The scene was over and the director called cut. Asrani sir asked the director what his next scene was and the director asked him to go back to ahmedabad. He had travelled for six hours for that one minute stupid scene.

Asrani sir according to me could have been one of the best actor if he had not been typed as a buffoon, a clown and a moron.

Like all good things, this successful phase in Asrani’s career also came to an end when some of the local stars raised a protest against stars from Bombay working in Gujarati films and Asrani and all the stars from Bombay had to come back and start all over again.

Asrani was lucky again. There was a strong south wave rulling Hindi films with Jeetendra as the leader. There was a desperate need for a popular comedian and Asrani fitted the requirement to perfection. He was an essential part of every film in which Jeetendra was the hero and he together with Kadar Khan, Shakti Kapoor, and Prem Chopra made hay while the sun shone in the south. He played the most stupid and unbearable roles, but he had no choice if he had to make a living as an actor.

The south wave also came to an abrupt end after some films starring Jeetendra flopped miserably. The “drama had come to an end. No Hindi films were being made anywhere in the south. All the stars who had made big money at the risk of losing their reputation, including Jeetendra who was the savior of many had to return to where they belonged and when they came back, they were shocked to see the change that had come over the industry they were ruling once. Not one of them could find the kind of work they once used to do. And Asrani was no exception.

He had to put to use whatever he knew as a guru and as an actor with years of experience. He together with his wife Manju Bansal and his best friend Sushil Bhatnagar started an acting school in a posh apartment behind the Yash Raj Studio. This is not the best time for acting schools, but I can vouch that wherever there is Asrani there will be life, laughter and the kind of learning experience that cannot be found in any of the thousands of acting academies institutes and schools of acting which keep coming up all the time and train young students to be good actors and end up in training them to reach nowhere.