Birthday Special: How Can People Who Loved Entertainment Ever Forget Dada Kondke?.. BY ALI PETER JOHN

It would be interesting in this era of biopics if even the most ambitious and intelligent directors and a very talented actor could succeed in making a biopic on the life and times of Dada Kondke who literally took over the Marathi film industry from doyens like V. Shantaram, Dr. Jabbar Patel and other well-known makers of Marathi films – ALI PETER JOHN

Dada Kondke had started a school of filmmaking all on his own and had reached a stage when he made nine golden jubilees in a row which got him a place in The Guinness Book of Records.

Dada Kondke, a comedian and an actor and filmmaker who rose from the gullies of Naigaon in Central Mumbai to reach a status when he got himself recognised by the entire film industry and the masses saw in him the master they were looking for who could give them the kind of entertainment that no other filmmaker, in Hindi or in Marathi could give. It was certainly not a very easy ride for a man who was born in a family of mill worker and who himself worked as a mill hand till the mill in Bombay were declared sick.

The young man with absolutely lower middle class looks and personality and with no formal education even in Marathi, his mother tongue however had a flair for entertainment. He started playing in a local band (band patak) in the areas around Dadar and Parel and was soon known as “Bandwaale Dada” he then took to directing popular Marathi plays which were largly based on social issues in Maharashtra with his own brand of double meaning words which brought in the audience by the thousand and his brand of theatre came as a very major setback for traditional Marathi theatre.

Dada Kondke as he was now known as then made the big switch over to Marathi films and made nearly twenty films in the ten years that he supremely ruled in the world of Marathi Entertainment. He was the typical idot kind of character who was always dressed in chaddis (shorts with strips and a prominent knot dangling in front and a kind of vest worn by the farmer or the mill workers in Maharshtra and a Gandhi cap worn across his head). But it was this idiot or Chaplin -like or Raj Kapoor-like character that took on the government, the system, religion, corruption and fake standards of life. His character appealed to the masses and even the classes and even people in high places were forced to take him seriously because he spoke about the genuine problems of the people in his own individual style which became a rage and he was the hero of every section of the media. He was so full of irreverence towards the high and mighty that he did not even spare legends like V.Shantaram who he lampooned in a film called “Ram Ram Gangaram” and named his character in the film V.Gangaram.

He had to face several battles with the censors because of his double meaning dialogue and the way he depicted women in his films, but he saw to it that all his film were released and not only made lots of money but also set the kind of trend many have tried to follow after him but no-one has been able to come anywhere near him.

Dada Kondke grew ambitious and took to producing directing and acting in Hindi films with his kind of titles like “Tere Mere Beech Mein”, “Kholde Zabaam Meri” and “Aage Ki Soch” with stars like Mehmood and Amjad Khan who were his die-hard fans. The films however did not do as well as his Marathi films and he did not live long enough to fulfill many of his ambitions, but his school of acting and film making is a chapter that is written only once 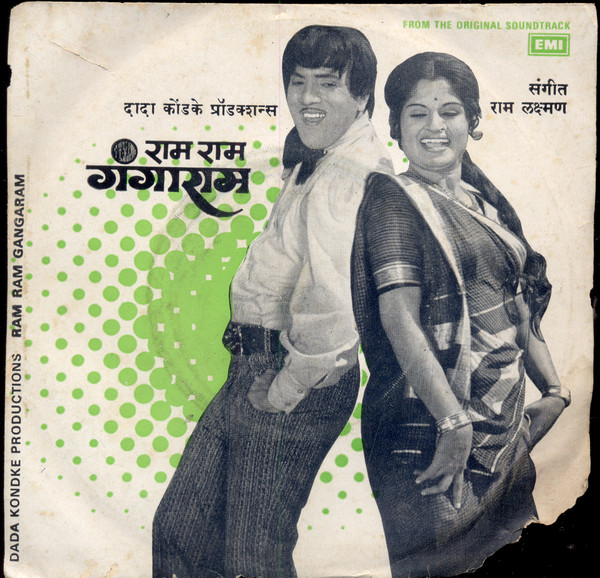 It is in this background of the man who was a legend that I challenge any one to make a genuine bio-pic about this extraordinary eccentric genius. I think it is a very big challenge for the greatest of actors like it is for any actor to re-live the life and times of another eccentric genius like Kishore Kumar. Take my challenge seriously and come to your own conclusion before you take your next step when thinking or planning films about men who are born only once.

MY PERSONAL ENCOUNTER WITH DADA KONDKE

I had seen all his films, including the ones he made in Hindi which unfortunately were not so successful…

I had met many of such unusual legends and it was only natural that I find a chance to meet this man who gave many sleepless nights with his hard hitting and stinging comedy.

I had known Mr. Kalguatkar who was the leading PR man of the Marathi industry and was also the PR man of Dada Kondke. I asked Kalgutkar to arrange for a meeting with him and he immediately fixed the meeting for the following day at 4 pm at the Bombay Air-conditioned Market in Tardeo…

It was time for the meeting and as usual I made it 15 minutes before the appointed time. I found a strange looking man sitting on the floor, dressed only in a loose white pyjama and an equally loose kurta and with Kolhapuri chappals on his feet and who did not make any attempts to show that he was wearing a very cheap wig…

I sat in front of the man and we got started talking in Marathi as I had heard him speaking to an audience of ten people who I later came to know that they were the distributors and executors of his films. We talked about a variety of subjects and he kept me in splits with his nonstop dialogues which was a commentary on the state of Marathi films and he told me that he hardly saw Marathi films as he considered them to be in very bad taste. It was more than an hour and neither did he ask me who I was and looking at him, I didn’t feel like asking him who he was… 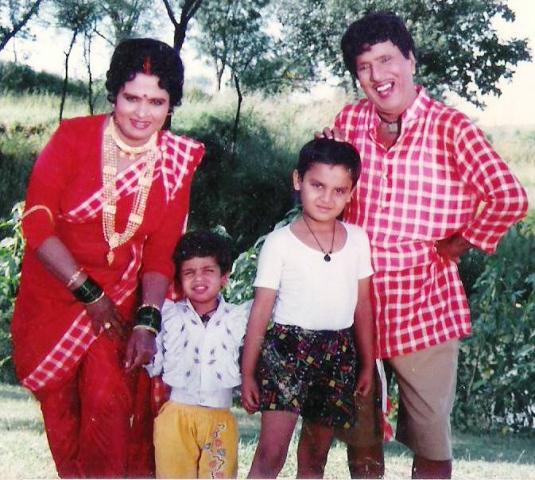 It was nearing 5.30 and I was getting extremely restless and looking at my 150-rupee wrist watch time and again and he asked me if I was waiting for someone. I told him I was looking for the comedian par excellence and film maker, Dada Kondke who had changed the phase of Marathi films. And he asked me if my name was Ali Peter John. We both laughed for the next 15 minutes when we realised that we were two strangers looking for each other.

He got up from the mat he was sitting on and led me into a huge hall where he had a fully decorated office of his own. He sat on the chair before me with his legs on the chair and ordered for “don chai” and that was exactly what I was waiting for after waiting for this mysterious man called Dada Kondke who could sit with me for 2 hours and still not reveal his identity.

We talked about all his early experiences and street theatre, public theatre and then films and he said, “He had never imagined that his films would be accepted in such a big way which he said proved how starved the Marathi film audience were for masala entertainment.”

He was at his best when he imitated Dr. V. Shantaram who he had some bad experiences with or that is what it clearly seemed when he talked about the pioneer of Indian cinema. 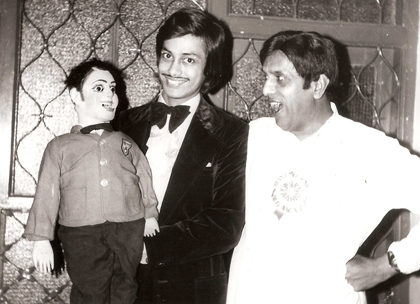 He was also against all kinds of hypocrisy and did not even spare the Mangeshkar family who he said refused to sing the songs in his films because they felt the songs were in very bad taste. For a change, he switched over to Hindi and said, “Inn logo ko thoda sa bhi mazak sehne ki shakti nahi hai. Maine ek gaana likha tha jisme Pandu matlab main uske kele wali girlfriend se kehta hai ki tere belouse ke andar jo hai, woh mujhe dede”. The song was to be sung by Usha Mangeshkar who refused to sing even after she had come to the recording studio. He said he openly told her that the dirtiness and dirty thoughts were in her mind. He was only asking for the purse which she had kept within her blouse. It was after this incident that the Mangeshkar sisters stopped singing for him and he told me, “Kya farak padta hai, Mangeshkar ho ya Usha Iyer ho? Gaana agar achcha hai toh koi bhi gaayega, aise bhi raste mein kitne saare gaane wale milte hai jo ek chaanas ke liye rukke huwe hai”.

The meeting that evening between Kondke and me led to a long relationship and he made it a point to invite me to all his functions and parties which were mostly held at the West End Hotel near the Bombay Hospital. He became such a phenomenal that “India Today” which was the leading magazine of the time decided to felicitate him at the Oberoi Sheraton Hotel ( now known as The Trident). The entire hall was packed with journalists from every daily, fortnightly and magazine in different languages. In an aside, I asked him how he would handle the situation, especially with the English Press and he very candidly said, ” Mera naam Dada aise hi nahi hai. Meeting khatam hone se pehele woh angrezy sahab aur mehsaab log meri bhaasha bolne par majboor ho jayenge.

It was one of the most extraordinary press meets I have attended in my long career. 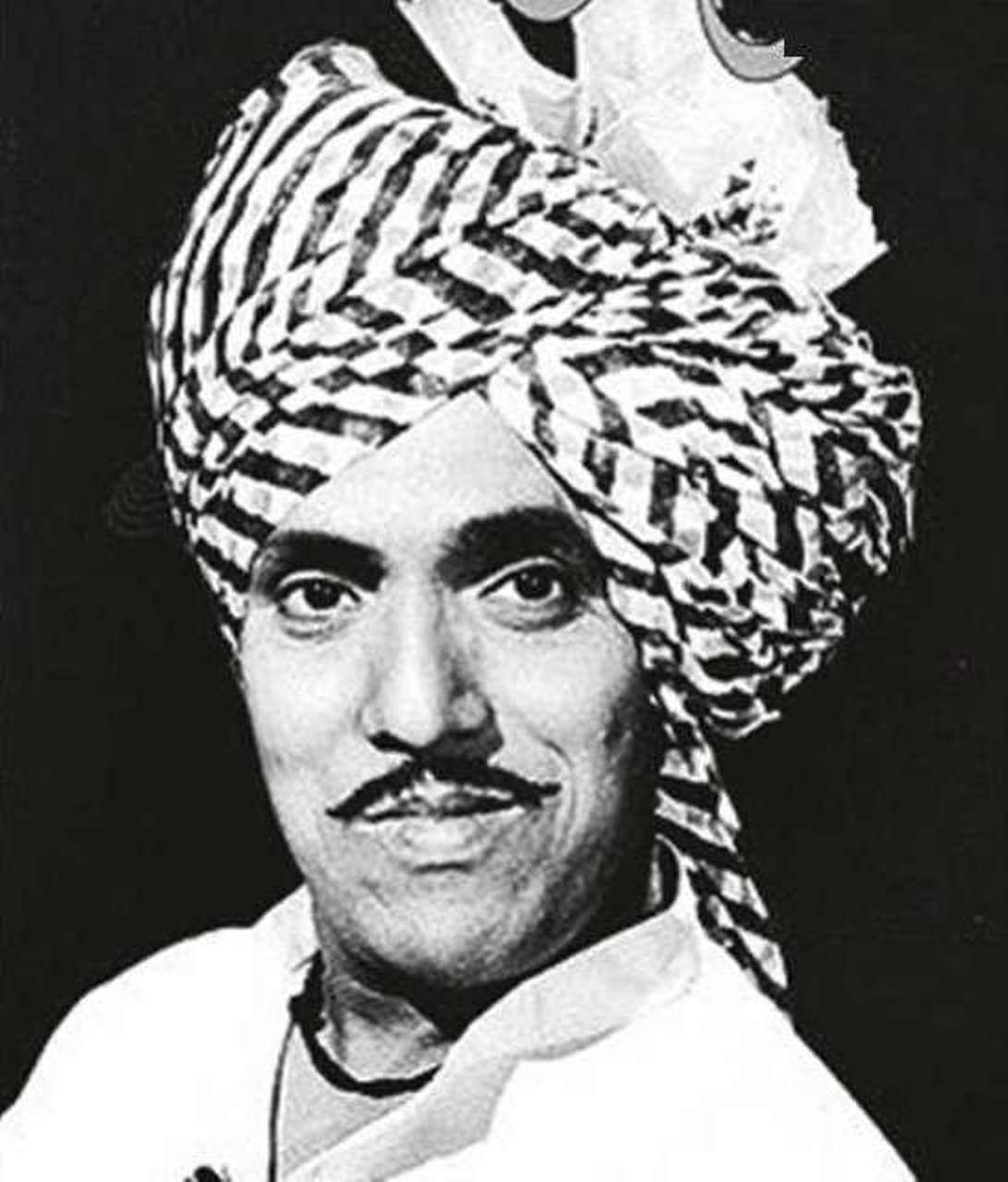 Towards the end, Dada Kondke started falling ill several times and to add to his misery, one of his brothers who was looking after his financial business and in home he had all the trust cheated him for lakhs of rupees and his property. He was no longer the Dada Kondke he was. Kondke was admitted to the National Hospital (which is now the Hinduja Hospital) and he died there with only his wife or as some called her his girlfriend and heroine of most of his films, Usha Chauhan being with him when he breathed his last. Many critics called him “The Manmohan Desai of Marathi films” which he didn’t like very much and said he was a great admirer of Manmohan Desai, but would not “like to be compared with anyone, not even to God”.