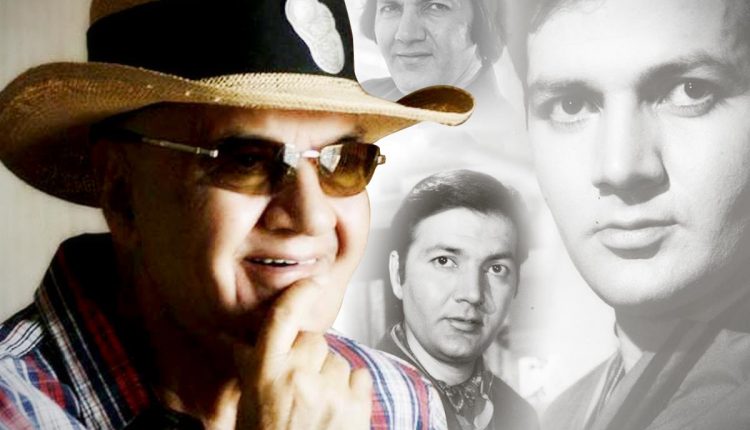 Birthday Special: How Prem Chopra Became Super Villain Without Money In His Pocket

I have been fortunate to meet some of the most amazing people in this industry where I have completed forty – eight years. And what I have found more amazing is that some of the best bad men (villains) have been some of the really good men and this may shock or at least surprise you when I tell you with all the conviction at my command that some of the great poets , actors and other so called creative people who make all out efforts to wear masks for others to know how good they are have always turned out to be the real bad men of the Industry. It is a bitter fact that even those who know the truth about themselves will have to accept if they have the courage to know themselves. 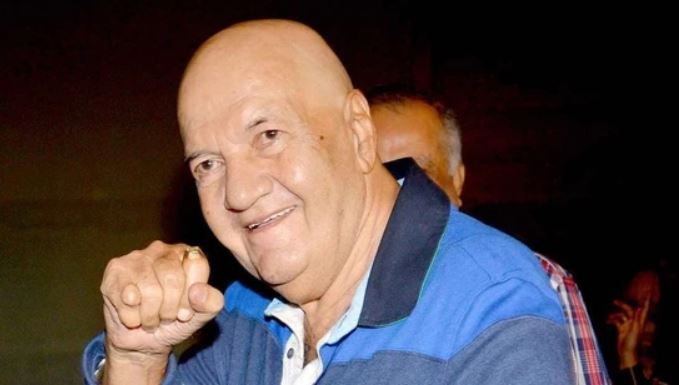 I have had the privilege of meeting and making friends with “bad men” like K.N Singh, Premnath(a handsome hero who had to turn a villain towards the later stages of his career) , Pran, Amrish Puri, Gulshan Grover, Vinod Khanna and Shatrughan Sinha when they were more popular as bad men than when they took to becoming heroes and good men. And as I was given the opportunities to dig into their inner selves and psyches, I discovered that the “bad man” were in fact the best of human beings I have known. And  if there is one “bad man” who I have known very well, it is Prem Chopra and I am sure that if there is any survey or poll conducted to name the best “bad man” who is a really good man(strictly my opinion) Prem Chopra will win hands down and I am  speaking with confidence because I have been following Prem for forty –five out of the sixty odd years he has  been around and who  at eighty –two is still wanting to work harder as an actor and has been travelling all over the world collecting life time achievement awards which I strongly feel he richly deserves……… 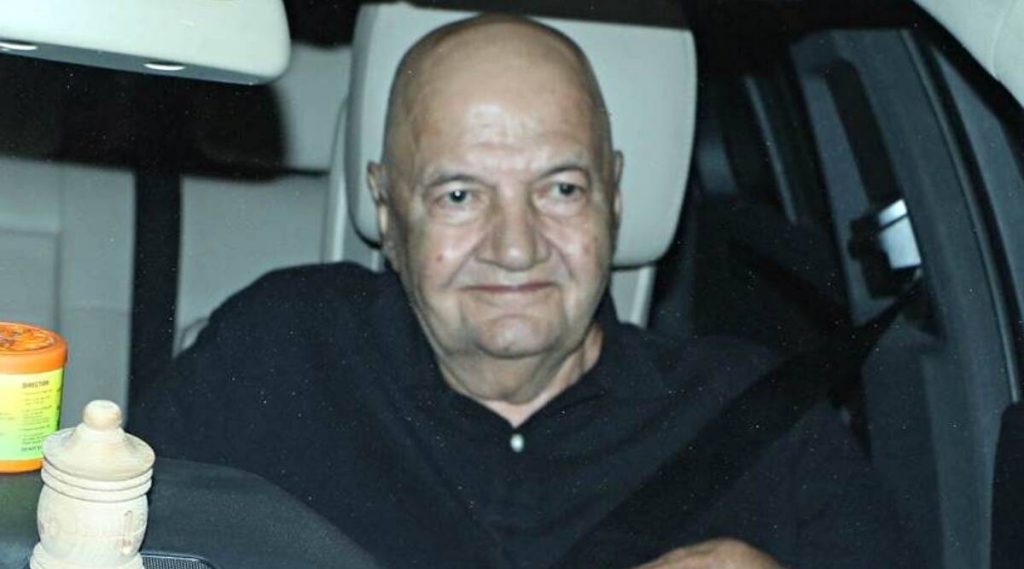 Prem Chopra was born in Shimla from where he also graduated, but his heart was more into theatre and other associated activities. He took part in several amateur and professional theatre in which he sometimes even had to clash with his senior colleague, Amrish Puri , without the two having an iota of an idea that they would clash as professional rivals in the field of Hindi films someday .

As is normally the case in middle class families, Prem’s father wanted him to study for his IAS exams or be a doctor. Prem however had other ideas, he wanted to leave Shimla and travel to the city of dreams, Bombay in quest of a career as an actor in films. He finally told his father about  his ambition and his father said he would not only be able to  afford to send him to Bombay , but would not even manage to send him money to maintain himself in a city where everything, even feelings were expensive. Prem’s desire however got the better of him and he landed in the city where hundreds of young men landed and still land every day.

He was successful in finding some odd jobs and lived as a paying guest which he shared with four other young men, all of them dreamers hoping to conquer Bombay. The best thing to happen to him was when he got a comfortable job in the circulation department of The Times of India which gave him the chance to travel to different cities of the country and know his country and its people better. It was here that he found one of the best bosses in Mr. J.C Jain who instead of taking action against him whenever he bunked work to find work in films , encouraged him to keep trying and inspiring him by telling him that he had the makings of a hero and that he should never give up trying.

Destiny, they say can visit a young man in any of its enigmatic ways and so it happened with Prem. He was travelling by a local train when someone he had never seen before had one look at him and asked him if he was interested in making a career out of acting and Prem instantly said yes. The man led him to a studio where they were making a Punjabi film called “Chaudhary Karnail Singh” which was a remake of a Pakistani film. Prem was offered a role and he had begun his long journey. Many other Punjabi films came his way and he was happy to know that he was well on his way….

The turning point in his career came when he met Manoj Kumar who was the brain behind the making of “Shaheed”. He played the role of Sukhdev, one of the patriots who were on the verge of facing the gallows and the way he played it brought him all the appreciation and applause and it marked the long association between him and the maker and actor who was also a writer, the mind behind the camera, the lyrics and the music of all the films he made, Manoj Kumar. Sixty years later, Prem still considers Manoj Kumar as his mentor.

Prem could have been a leading man if he so desired, but he was driven to play the villain and that is what has made him one of the most popular and successful villains of Hindi films. He loves playing the villain and his love for being the “bad man” is still as strong as it was when he was thirty

Prem Chopra has been a star in his own sphere and has stood out even when he has been pitted against the greatest actors and stars, from Dilip Kumar, Dev Anand and Manoj Kumar to Rajesh Khanna, Amitabh Bachchan, Dharmendra, Jeetendra and down to the youngest heroes who ruled till the seventies, the last powerful role being his one minute appearance with the debut – making Rishi Kapoor and Dimple Kapadia in “Bobby”. There was no particular role written for him for the film, but Raj Kapoor (his brother- in- law) and his team of writers headed by Raj Kapoor’s favourite writer who he  called “my conscience” , K.A Abbas came up with the idea of letting him play the Prem Chopra who was very popular inside and outside the industry. He had only one line of dialogue in the film, “Prem naam hai mera Prem Chopra”, but with that one line he made himself immortal. Even today, the new generation gets all excited when they see him and all of them are familiar with that r that one dialogue which he has to repeat everywhere he goes , whether it is Bareilly or Bahrain , whether it is Kolhapur or Kingston. The story of Prem Chopra who has delivered other powerful lines is incomplete without this one line which he believes is the greatest contribution the showman Raj Kapoor has made in his career.

His ability or call it inborn talent attracted some of the biggest directors towards him. His talent was first recognised by Mehboob Khan when he was a struggler making the rounds of studios and offices. And that was the beginning of some of India’s leading directors having no other choice but to go for Prem because they knew only Prem Chopra could do justice to the roles they had created. Among the directors who had all their faith in him were besides Manoj Kumar with whom he worked in a wide variety of negative roles, there were directors like Yash Chopra, Raj Khosla, Shakti Samanta (the list is endless) because it also has to contain the names of popular directors from the south like T. Rama Rao, K. Bappaiah and Dasari Narayana Rao among others who knew how much they needed him and how much he could give their films in Hindi with all his experience. There were films made which were based on original films made in languages of the South in which he had no other way but to play the villain like a buffoom, but he didn’t mind because he believed he was an actor who was a tool in the hands of directors and had to follow their orders, and moreover, the money was very attractive

He has always considered Dilip Kumar to be his source of inspiration and has been lucky to work with the legend in films like “Daastan”, “Duniya” and “Kranti”. He has done fifteen or sixteen films each with superstars like Rajesh Khanna and Amitabh Bachchan and has yet managed to stand his own ground. No actor has been able to take away the credit from Prem because he has put his life into every role he has played. And it is some kind of a world record to know that he could perhaps be the only actor who has played the “bad man” so very well for sixty years and in four hundred films. Is anyone there in Hollywood or any other wood or world listening?

And what can speak better for Prem that at his age, he has done an international film called “The Field”. He has seen six generation of actors rising and falling, but he still stands tall as some extraordinary landmark and lighthouse of the kind of talent only he is gifted with because there could be only one Prem Chopra, there is only one Prem Chopra and there will always be one Prem Chopra.

Why? I know people may ask me this question, but I know they will be people who have not known the worth of Prem’s work and more than his work, his love to be as down to earth as possible. I am sure that even fifty years later little children will see him on their digital screens or on any website or any other future ways of seeing films and call out, “Prem naam hai, mera Prem Chopra”.

What more can Prem Chopra ask for? Has any villain as bad as his received the kind of prem this extraordinary villain with the heart of an innocent child  has?

Banaras Film trailer will be unveiled on September 26th 2022, film to release on 4th November

Birthday Special Tanuja: Language Does Not Matter In Cinema As It Is A Global Industry