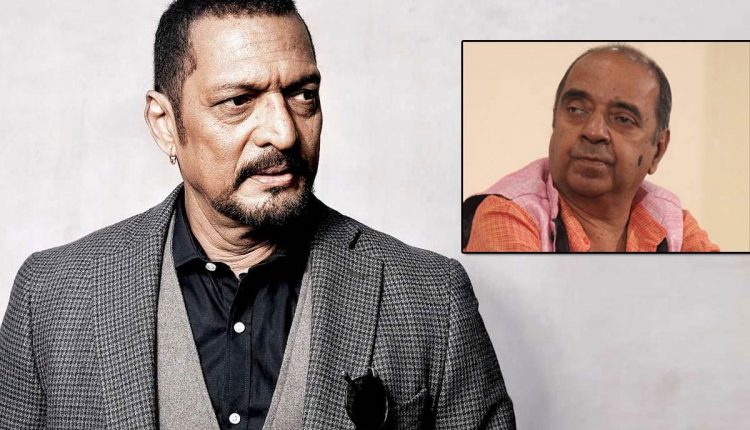 I first saw Nana Patekar as a young man who was a student at the J J School of Art in Mumbai where he had friends like Amol Palekar, Chitra who later married Amol Palekar , Vivek and who went on to form a company called Studio Link which did the publicity of some of the best and biggest films made in Hindi and Marathi – Ali Peter John 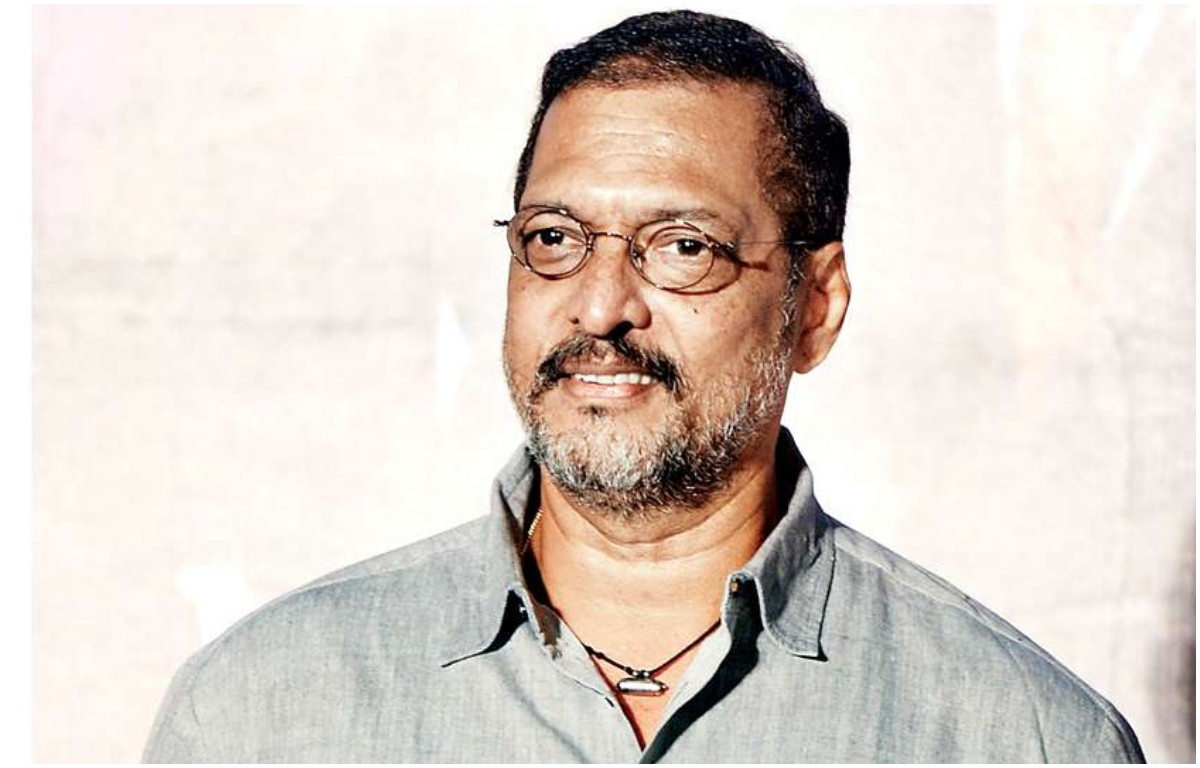 Nana used to also work and travel miles to reach the J J School of Art I next saw him as a back stage manat the Chhabildas School where Marathi plays were staged clandestinely during the Emergency .

He was strongly influenced by the works of stalwarts like Vijay Tendulkar and Vijaya Mehta that he took on the challenge of acting in a play without the directors knowing that he could speak every dialogue of the play he was acting in .

His performance took the audience and critics besides other directors and actors by storm. And that was the beginning of Nana Patekar, the actor and there was no stopping him.

He was still doing Marathi Theatre, but a chance break got him into Marathi Films and he excelled as an actor with films like “Savitri” and “Maafichaa Saakshidaar”.

His performance in “Maafichaa Saakshidaar”as a ruthless murderer got the film banned for a long time, till the Court directed the censors to allow the release of the film, but with some cuts, mostly the brutal scenes involving Nana.

Among his growing admirers was Smita Patil who had made a name for herself in Hindi Films.

She recommended Nana to B R Chopra and Ravi Chopra and they were not only impressed but gave Nana the role of the villain in “Aaj ki Awaaz” starring Raj Babbar and Smita. It was yet another beginning for Nana.

However , it was films like “Ankush”, “Pratighaat”and finally “Kraantiveer” and “Tirangaa” that made him a star.

Nana was now in a commanding position and used his power to demand good scripts from even the biggest filmmakers who lined up to sign him.

The film industry was now forced (or is it inspired?) to respect him and pay him the price he asked for.

Nana was the man who made filmmakers realized the worth of actors like Naseeruddin Shah and Om Puri and made them pay the actors in lakhs when they were only being paid in thousands.

He was a star, but he lived in his old ancestral house near the Mahim railway station where his Ganesh utsav was an annual ritual in which people of all castes, creeds and communities participated with zest .

Nana used to take a 10 day break from shooting to spend all his time with the idol of Ganpati and continued to sit before the idol which he installed himself and finally immersed himself.

Nana shot into the limelight during the Mumbai blasts of 1993 when he drove into every area and locality without any security and traveled in an open zeep to ask people to maintain peace.

I had the good fortune to be with him during his dangerous “adventures” and found it very interesting to see how he walked into Hindu areas and Muslim areas without any worry about what would happen to him.

This is a very personal experience with Nana. He was dubbing at the Anand Dubbing Theatre owned by Dev Aanad.

I asked him if he had ever met Dev Anand. He held my hand and said he had not and asked me if I could introduce him to Dev Sahab.

I called up Dev Sahab in his pent house and told him about Nana. Dev Sahab met anyone who wanted to meet him, but he was very excited about meeting Nana and asked me to bring Nana to the pent house.

Nana was a big star, but when we were heading towards Dev Sahab’s pent house, he was like a fan who couldn’t believe who he was about to see.

He spent 20 minutes sitting at the feet of Dev Sahab and crying. I asked him what the matter was and he said, “Apun kaayka star hain, ghantaa? Star to yeh log hain, yeh log star bhi nahi, yeh log swayam Dev log hain”.

Nana had his own affairs of the heart, but the more talked about ones were the stories of him and Deepti Naval and Manisha Koirala.

I was with Nana in his one bedroom flat in Lokhandwala when a tired looking Manisha walked in.

He abused her for ruining her beautiful face and her health. And the very next minute, he asked Manisha to prepare tea on a kerosene stove and Manisha was sweating and looking very very tired, but Nana didn’t take any pitty on her and made her prepare the tea for three.

I was to release my autobiography in Marathi titled “Asahi Ek Jeevan Zaglo Aahe Mi” and Javed Akhter who had promised me to be the chief guest ditched me at the last minute and I cried when I saw the hall packed with all the leading writers and poets of the Marathi language.

I suddenly got an idea and called Nana and told him that I was in a sorry mess . Nana only asked me how much time I could give him and the address of the venue.

He was there with his former girl friend Deepti driving her Scorpio. Nana not only saved my reputation ( whatever little I have of it) but gave me a new reputation that night.

Birthday Special: Govardhan Asrani, Who can make you laugh but also can put tears in your eyes