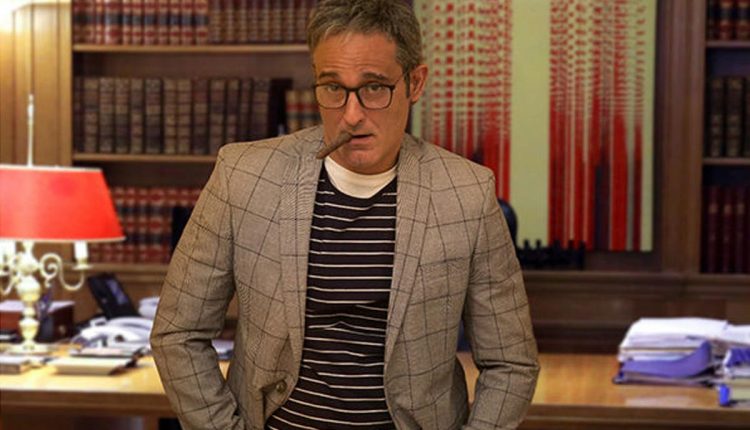 Anupam Kher & Akshay Khanna starrer film,” The accidental Prime Minister “since its trailer release has been in lime light.And has also been in the center of controversy…. Certain Congress workers released a poster stating a ban on the release of the film. Maharashtra Youth Congress has demanded for a screening of the film as well. A case has also been registered against Anupam Kher for damaging the image of certain top notches, in the Court of Bihar .Anupam Kher  dons the role of  Ex P.M.Manmohan Singh

Akshay Khanna simply says,” You guys may term this issue in various words like,’ Controversy” attack” but I would simply define it in word,” Debate”. I feel debating and discussions on certain subjects are inevitable.””

Adding more he says,” No sooner, when the book was released none created any sort of controversy, though the book in itself is the most controversially written book. However, today when the book is being portrayed onto the celluloid …Media has started discussing on it. Undeniably, the media has the right to write whatever they wish. Even we people who wish to show certain subjects on the celluloid, I feel we should get the freedom to do so.”

The trailer of,” The Accidental Prime Minister” has been disappeared from the U-tube. Here’s Akshay’s take,” Yes, the trailer of the film has disappeared from the UTube.This has also become an issue of discussion on the Social Media. The Accidental Prime Minister’s trailer had received a huge amount of views and likes within merely 4/5 days only. Round about fifty lakhs of people had watched the trailer which is indeed a great thing for us. The team of our film has deliberated with the concerned authorities from the U tube. We are yet to receive a response.”

First time in the Indian History we see that a film has been tweeted from the twitter handle of a party-BJP? How do you see this? Dekho Bhai,” These politicians have no concern about our film –in any manner whether we make a good film??….or if we are able to complete the film? Nothing matters to them. Nothing concerns them on par with film making. All these “Netas’ wear spectacles, their optical glasses have to show them certain benefits from all over the World 7 especially the Country they are ruling.. These politicians [Netas} are very calculative, and always look into their profits only. Before doing thing they consider one important factor and i.e. if by doing this particular thing will they be benefited? Yeh Neta log apna faida hi dekhte hai.

Now if the story of this film,” TAPM” brings some benefit to them at their door step, only then they will like to support the film? This is termed as,” Politics. ‘What more can you expect from these,”Netas? If any party is benefited by a tweet only then they will like to tweet in support of a film? Also if the effect of any story brings loss to any party –then they will stand in protest. This is the work of all these Netas….Day in and Night they only concentrate on this and keep themselves busy doing something that may benefit them.’

The film,” Accidental Prime Minister stars Anupam Kher who plays the role of Ex P.M.Manmohan Singh & Akshay Khanna will be seen playing the role of Sanjay Baru was the media ad-visor of EX P.M Manmohan Singh during his tenure. Who has penned this book. The film has been directed by Vijay Gutte.The film is all set to release in January, 2019.

Sanjay Khan Announces His Second Book On His Birthday