Just like Shah Rukh and love, Salman and style, Aamir and perfection, there’s no way one can separate Bollywood and promotions. The two aspects of film-making go hand-in-hand to the extent that they can be considered two sides of the same coin. Films are nothing until they reach the audience they are meant for and that is where enter the marketing and the Public Relations (PR) teams who create out-of-the-box ideas to make sure their film becomes the talk of the town. Gone are the days when a good script or an outstanding performance could ensure box-office success. Now, the key is to generate the engrossment and create a positive buzz among the audiences to bring them to the theatres and make sure that they buy the ticket you’re selling.

Remember how Karan Johar had asked Ranbir Kapoor on the 4th season of Koffee With Karan to choose between death and promotions and the actor jumped up and choose death? There’s no denying that promotions often get on the nerves of the stars as promotions always mean a lot of running around and appearances for our B-Towners. However, our film-makers and actors also keep coming up with fresh ideas to put their films out to the audience. Have you noticed how Varun Dhawan changes his official Twitter account to the character he plays, a la Varun ‘Raghu’ Dhawan, Varun ‘Badri’ Dhawan and so on? Well, here are a few other instances when film-makers reinvented themselves and went a step ahead to promote their films.

Where there’s Shah Rukh, there has to be innovation! Continuing with the tradition, the makers of Jab Harry Met Sejal are leaving no stone unturned to promote their film. The film has been making headlines since its very first look came out and now their unique format of releasing teasers in the form of mini-trails has caught the audience’s attention. However what stands out is the strategy the team has devised to bring out the song ‘Beech Beech Mein’.

The catch in the story is that instead of just releasing the song on online platforms, Shah Rukh and Anushka will be on a bar-hopping spree of their own. The team will visit clubs around Mumbai and launch the song. The song will have Shah Rukh and Anushka grooving to the lively tunes of Pritam in the set-up of a club. Well, that’s some real innovation there!

Aamir Khan is considered a perfectionist for a reason—he surely knows how to make the right noises and has one of the most innovative brains in the business. In fact, he can be credited to starting the trend of unique and smart promotion techniques with Ghajini. For this blockbuster, Aamir not only went around sporting a unique hairstyle but also managed to tie-up with a few multiplexes and had the staff members have the same hairdo leading up to the film’s release. So when people went to watch Shah Rukh Khan and Anushka’s Rab Ne Bana Di Jodi, they were welcomed by the staff in the Ghajini. Well played, Aamir! 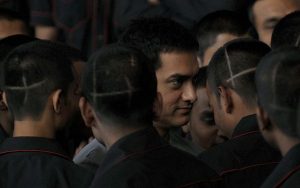 This was a film that gave it’s target audience all the right feels and eventually went on to become a modern-day cult. Zindagi Na Milegi Dobara truly lived up to the concept of the film, especially when it came to the promotional strategy adopted for the film. The entire cast of the film decided to go on an adventure trip from Mumbai to Delhi as a part of their promotions. The road trip started from Bandra in Mumbai and they drove through various cities, stopping at different spots with the media traveling with them. It was truly a smart and well-planned strategy which was the first of its kind and in the end, one unforgettable trip. 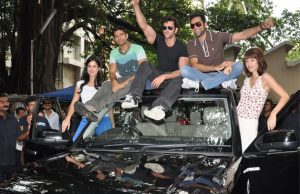 The 2012 mystery thriller by Sujoy Ghosh starred Vidya Balan playing a pregnant woman searching for her missing husband in Kolkata. The film was high on shock value and was a runaway hit—much like the promotional strategy adopted by the team. Vidya Balan was being spotted roaming around in different Indian cities, in a pregnant avatar! And if that wasn’t enough, the team put out ‘missing’ posters of Vidya to promote the second part of the film! Weird, is all we can say! 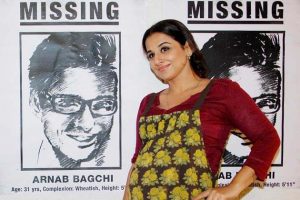 2012’s mega hit, Aashiqui 2 which gave instant fame to Shraddha Kapoor and Aditya Roy Kapur was promoted quite brilliantly with some out of the box ideas.The film’s marketing team devised quite an innovative promotional gimmick that had audiences amused, when they entered cinema halls in Mumbai. Statues of a couple with a coat covering their heads greeted them as soon they entered the cinema halls, a pose which was symbolic to the Aashiqui franchise.

“While promotional kiosks and outdoors are limited to mere cut-outs and standees, the makers of Aashiqui 2 wanted to reinforce the magic of the original and used it as a promotional activity. Creative statues of the lead pair under a coat were placed on certain seats inside the theatre screens much to everyone’s amusement,” one of the members of marketing team quoted to DNA in 2012. 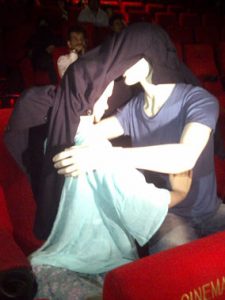 Well, we’re pretty sure that by now you guys know how important promotions are to films and being unique is the way to go! Because what shows is what sells! Which according to you is the best promotional campaign in Bollywood? Do share your thoughts in the comments section below and spread the word.

ANKITA LOKHANDE TO SIZZLE ON THE BIG SCREEN NOW

VARUN AND ANUSHKA IN SUI DHAAGA