Posters provide the first glimpse into a new film and make first impressions. No wonder then, that they are getting steamier by the day. One thing that speaks volumes about the gigantic charisma of our Bollywood films is its posters. Magnetic, vibrant and whole heartedly gripping, these posters are highly communicable and visibly interesting. The poster of latest film ‘Moksh To Maaya’ is quite bold, showing off a topless woman in the black Ghanghara and Choli, sitting and showing her back. The poster makes you look twice at it.

Actress Bidita Bag, who was last seen opposite Nawazuddin Siddiqui in ‘Babumoshai Bandukbaaz’ will be seen in a film titled ‘Moksh To Maaya’, which is based on women atrocities on women. Actor Sayed Raza will star opposite Bidita Bag in the film. 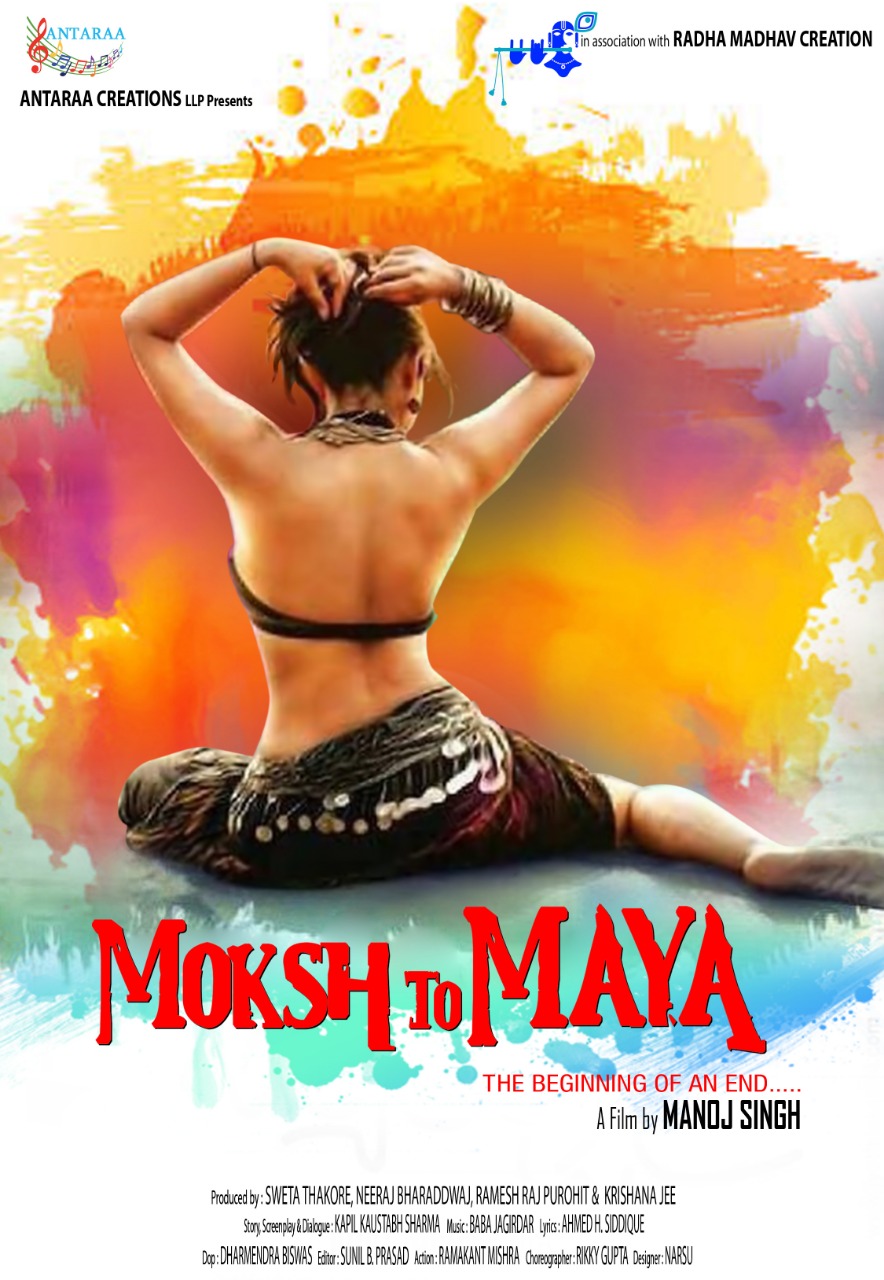 Helmed under the banner of Antra Creation LLP, the film has been produced by Neeraj Bhardwaj, Shweta Thakur and Krishna Ji whereas it has been directed by Manoj  Singh. Apart from Bidita and Sayyed, the film also stars Meghna Malik, Ahsan Khan, Shweta Mishra, Neeraj Bharadwaj, Arun Singh.

The film has been shot in various locations like Alwar in Rajasthan, Tijara, Khairtal where films like ‘Neelkamal’, ‘Karan Arjun’ have been shot earlier.