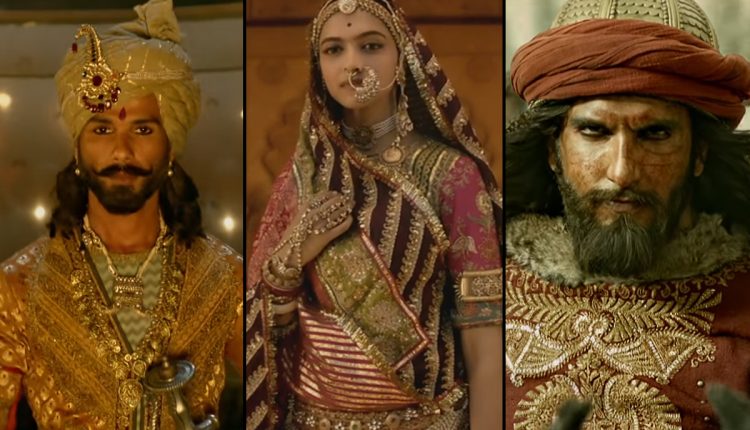 “I do not think our culture and religion is so fragile that a film of two hours can ruin that.”

“On the other hand, we are living in a democratic country where we have an appointed board that certifies our film, I see no reason for commenting on a film without watching it.” Richa has acted in Bhansali’s ‘Goliyon Ki Raasleela Ram-Leela’.

Karan Johar has also shown his support for director Bhansali and said,

“I have faced a lot of controversies before the release of a film. I feel bad for a filmmaker, who is one of the best in the country. Sanjay Leela Bhansali has made a beautiful film and I hope he is protected by the people who understand that creativity is a form of expression.”

Slamming the violence that Padmavati has been subjected to, Farhan Akhtar told media,

“It’s not about just those two films or Padmavati. This has happened with many films in the past and every time it has happened, I have spoken openly about it that it should not happen. I am totally against anything being banned. I genuinely believe that we should stop treating our audiences as children.”

“We should allow them to grow. Expose them to different types of ideas. Allow them to understand the culture and think. It is important for the development of any nation that there are viewpoints, that are not always in agreement with the majority,” Farhan said at the launch of director Karan Anshuman’s book Kashmir Nama.

“In cinema, there is no such law that if a film releases, come what may you have to watch it. You have the freedom to boycott the film. To spread the message to boycott the film, but what you don’t have is the freedom to threaten someone with grievous bodily harm, or break someone’s theater or hurt someone in any way. And unfortunately, that’s where the line hasn’t been drawn properly.

“I just think that film is a form of art and everyone has the freedom of speech. Everyone has the freedom to make what they want to make, if people do not like or have an issue with, then they don’t need to watch it. I just feel that violence is a complete no. It’s a very wrong thing to do. There are better ways to solve issues.”

An Indian and an artist we should be proud of… He celebrates our stories, our culture our music. Despite every trial by fire that we put him through… we love you #SanjayLeelaBhansali more power to you 🌟❤#WeSupportPadmavati @FilmPadmavati

Padmavati has been surrounded by controversies ever since the shooting of the film beings. The makers of the film faced everything from director Sanjay Leela Bhansali being slapped, to its set and theaters being vandalised to now threats of a ban and more violence.

AMITABH BACHCHAN HAS THE SWEETEST BIRTHDAY WISH FOR GRANDDAUGHTER AARADHYA