ALT Balaji’s upcoming series Broken But Beautiful has been receiving rave reviews for its spectacular trailer. Every scene of the short glimpse leaves an impact on the audience and builds a connect. Well, that’s not it; the melodious songs from the series have become the talk of the town since the day of its launch. Every second person is humming the heart melting song ‘Yeh Kya Hua’ from the show.Much to our surprise, in a short span of time, as short as 3 days, the song has been trending on YouTube and has climbed the charts to be in the Top 20 music videos. This is the first time ever that a song from a web-series has been loved and applauded so much by the audience. The entire film fraternity is going gaga over the music and has been appreciating it on the social media. Right from the ace actor Amitabh Bachchan to Akshay Kumar, Arjun Kapoor, Ileana Dcruz to Karan Johar, everyone is overwhelmed with the trailer and eagerly waiting to binge on the series. The highly-awaited series revolves around two individuals with broken hearts, who find each other and realize that sometimes to fix a broken heart you need pieces of another broken heart.‘Broken But Beautiful’ has already become the most loved and anticipated  series! The, web-series streams live on the ALTBalaji app from the 27th of November 2018. 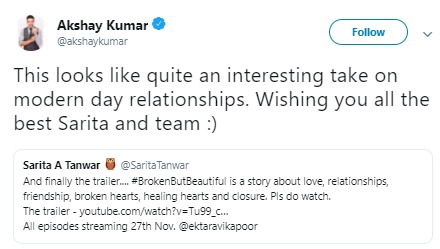 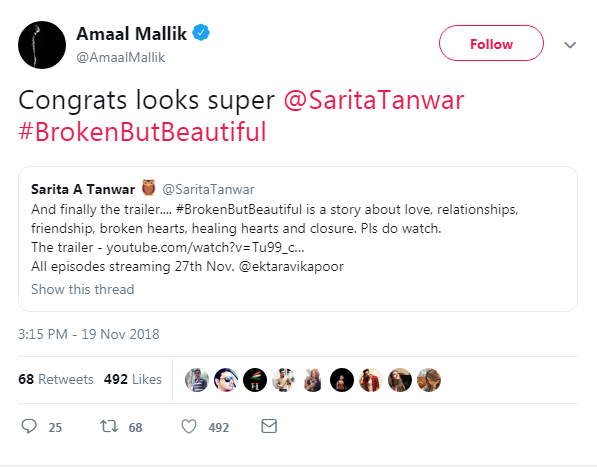 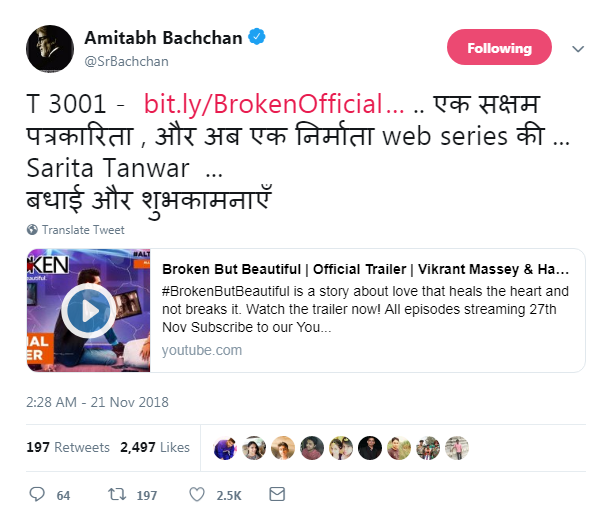 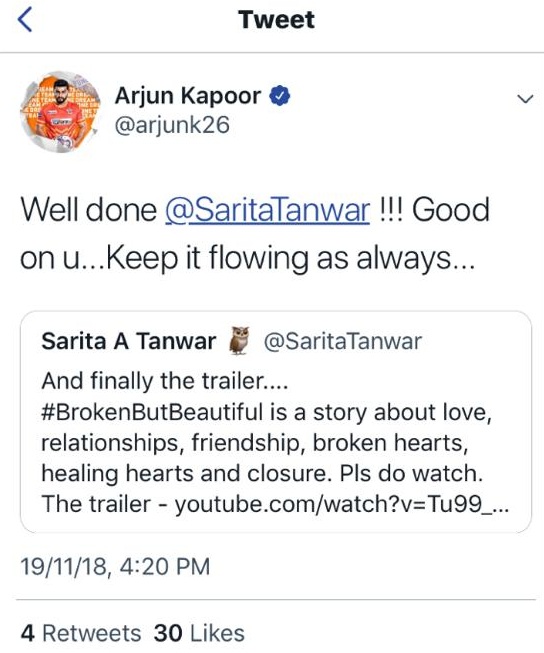 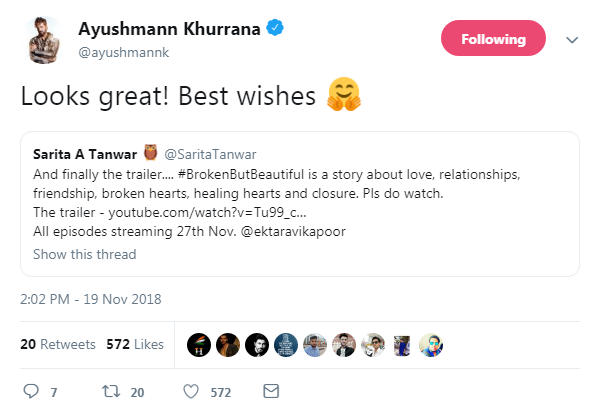 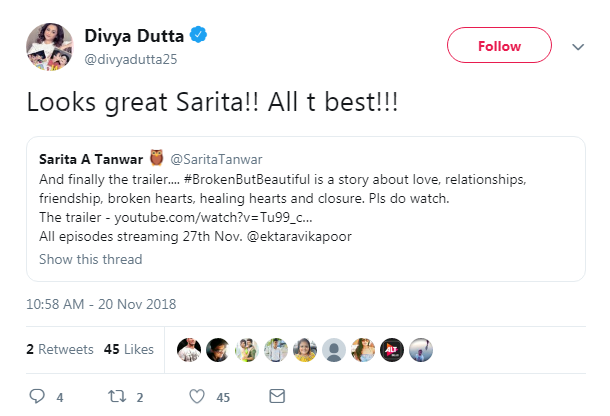 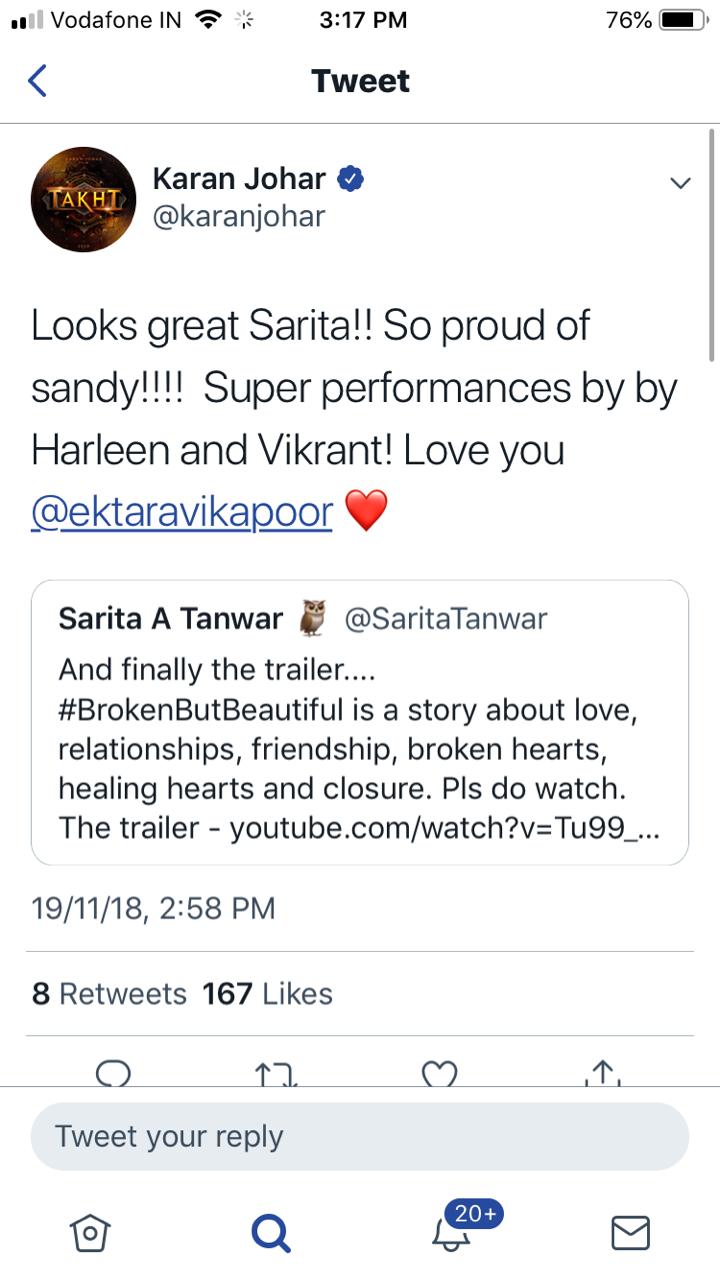 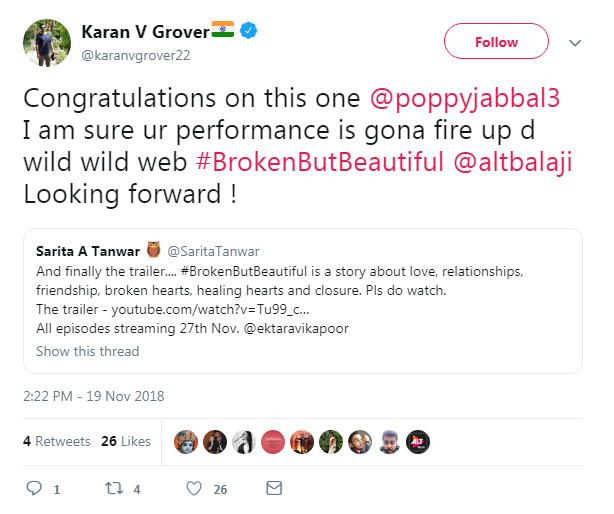 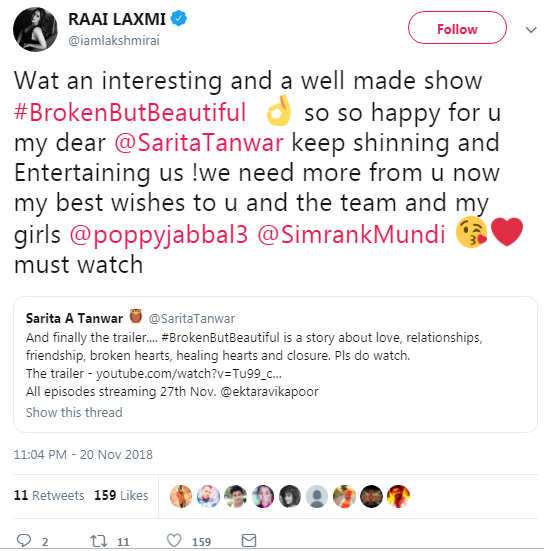 You can check the trailer here: