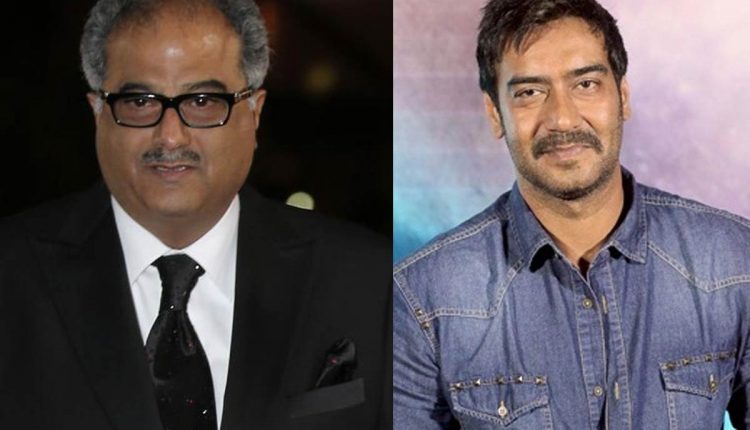 If the latest rumor is anything to go by, producer Boney Kapoor is all set to start shooting for his next film with Ajay Devgn. The film will be shot in Delhi, Mumbai, Lucknow and Kolkata, besides foreign schedules. It is a biopic and Ajay Devgn will play the role of Syed Abdul Rahim who was a coach and manager of the Indian national football team. Ajay (Devgn) is very excited about the project and most of the actors in the film are new but accomplished football players. South India cinema’s top actress Keerty Suresh will play Ajay’s wife in the film. All the player-actors are being trained by a coach for the last two months.” Produced by Boney Kapoor, Akash Chawla and Joy Sengupta, the period film will be directed by Amit Sharma. It will also mark the Bollywood debut of Keerthy Suresh. While the screenplay is written by Saiwyn Quadras, Ritesh Shah has written the dialogues. The film will focus on the golden years of Indian football between 1951 and 1962.

Check Out This Cute Picture Of Boney Kapoor