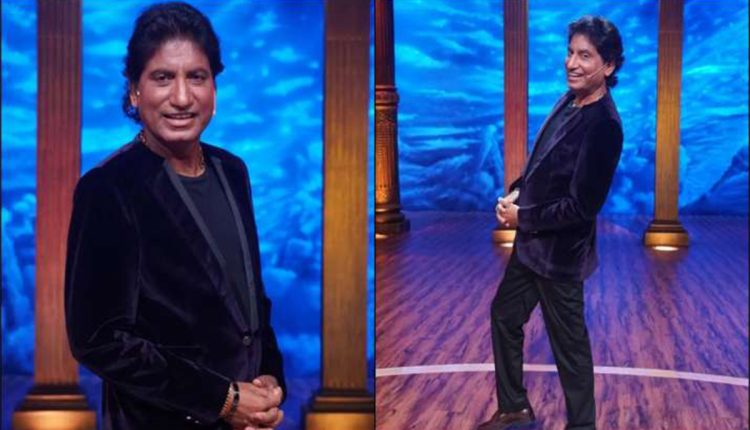 It’s is very difficult to reconcile that ‘zinda-dil’ insaan mega-star laughter-king Raju Srivastava is ‘no more’ . The Hindi film fraternity, the live shows-concerts entertainment fraternity and lakhs of loyal fans are all deeply saddened and shocked Popular actor-star- stand-up comedian Raju [real name Satya Prakash Srivastava ] passed away on Wednesday [Sept 21st}due to a cardiac arrest, after battling for life for the past one-and-a-half months. The actor got his first cardiac arrest in August when he was working out at a gym in Delhi and he had to be admitted to AIIMS. He reportedly underwent an angioplasty and he was kept on the ventilator. The actor-comedian’s wife Shikha Srivastava, who has been inconsolable, said, “I am not able to talk right now. What can I share or say now? He fought very hard, I was really hoping and praying to see him come out of this. But, that has not happened. All I can say is that he was a true fighter.” 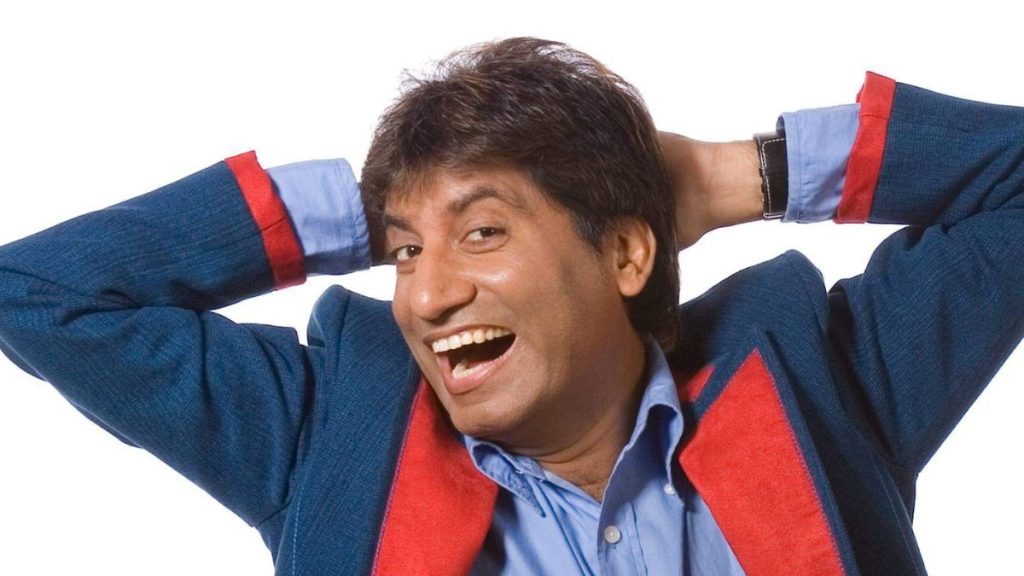 ‘Late’ Raju Srivastava’s nephew Kushal Srivastava who had been visiting him at AIIMS regularly for the past two months. Kushal said, “He passed away due to a second cardiac arrest. We were confident till yesterday that all will be well because he had battling it for two months.” Raju Srivastava [known later on for his fictional comedy ethnic character ‘Gajodhar’-bhaiyya ] started his career by appearing in small roles in several films, including Maine Pyar Kiya, Baazigar, Bombay to Goa and Aamdani Atthanni Kharcha Rupaiya. He became a household name after participating in the comedy show The Great Indian Laughter Challenge. He later also entered the third season of Bigg Boss. Delhi Chief Minister Arvind Kejriwal, Shekhar Suman, lyricist Manoj Muntashir and actor Nimrat Kaur, among others, paid tributes to Raju. Ace comedian Raju Srivastava, who had been admitted to the All India Institute of Medical Sciences, New Delhi, about six weeks ago,. Raju Srivastava was rushed to hospital on August 10 and put on a ventilator after he complained of chest pain and collapsed in his gym. 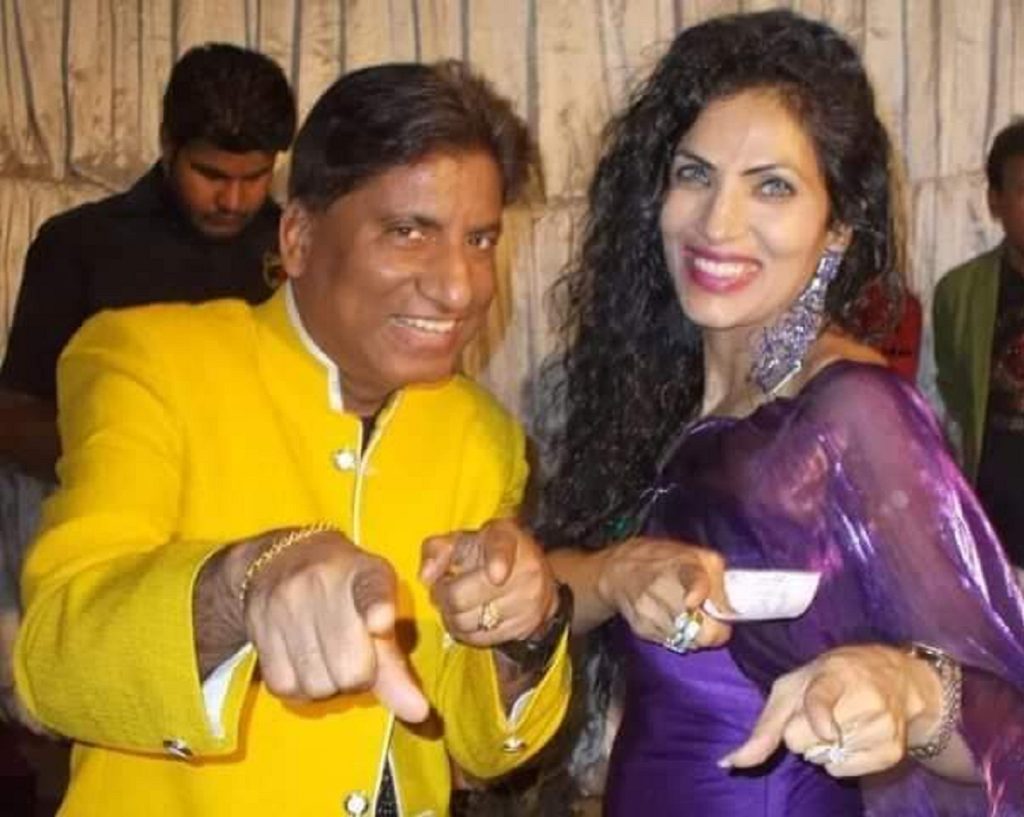 His close buddy Bhojpuri superstar-actor Ravi Kishen who was emotionally very upset said: “We started our career and struggled together. Raju-bhai was my 30 year-old-good friend, a big loss to his family, daughters, wife. He was a good husband, good father and a great versatile performer.” .
A familiar face in the entertainment industry since the 1980s, the comedian tasted rapidly-rising success after participating in the first season of the reality stand-up comedy show “The Great Indian Laughter Challenge” (2005). 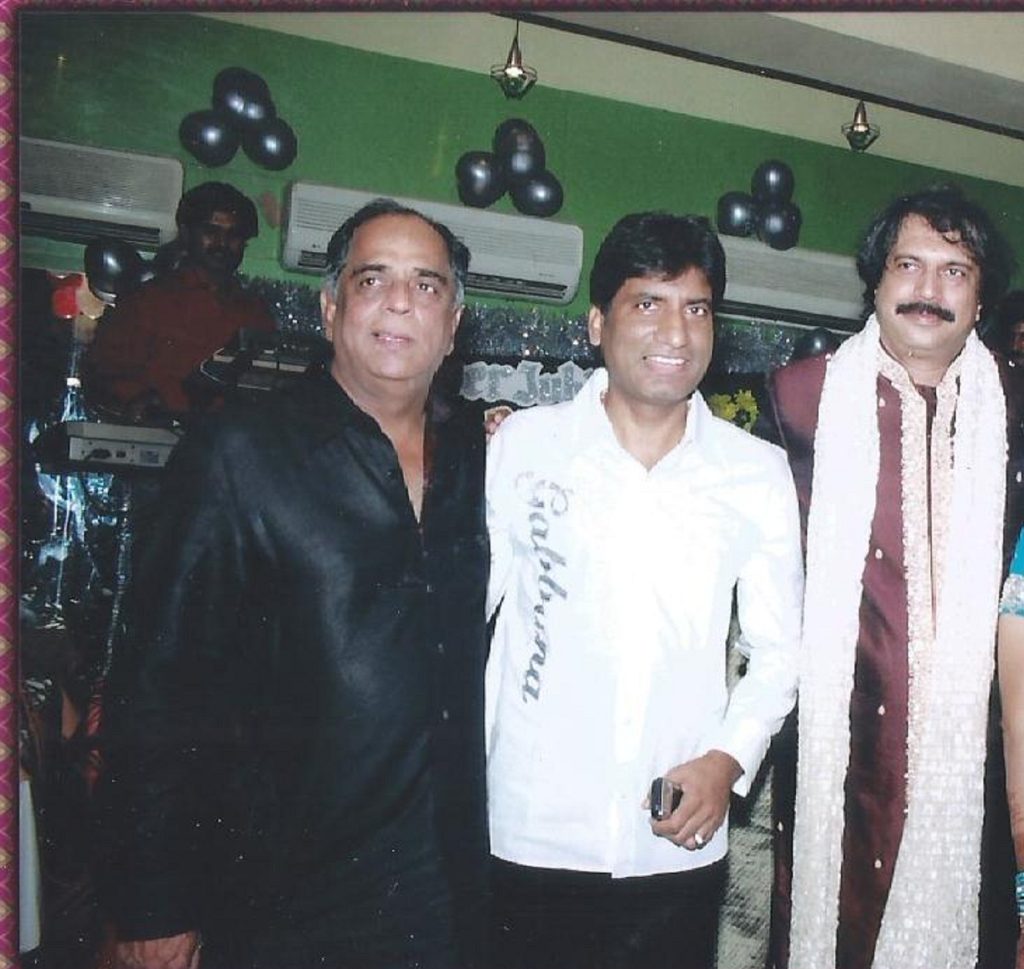 As an actor Raju Srivastava had also featured in Hindi films such as “Maine Pyar Kiya”, “Baazigar”, the remake of “Bombay to Goa” and “Aamdani Atthani Kharcha Rupaiya”. An altruistic benevolent human being by nature he was also the chairperson of the Film Development Council, Uttar Pradesh

My personal experience with Raju-bhai over past three decades had mostly been on a sentimental note. “ The friendly modest Raju Srivastava had attended one of my personal family get-togethers on Dec 24th many years ago . Coincidentally, the next day Dec 25th. [Christmas Day] was his birthday. And we also celebrated Raju’s birthday with a surprise celebration. It was so wonderful to see him perform an excellent extempore mimicry item and then start dancing and singing. That’s when I told exuberant ever-smiling Raju-bhai, that since he was born on Dec 25 which is also Christmas Day, he was like a ‘maseeha’ of hansi-mazaak manoranjan. That’s when Raju-bhai hugged me and wittily reacted “ Issi liye hamare janamdin par sab Merry X’mas bolte hain—kyonki saare log uss din masti-khushi ke mood mein hotey hai”. 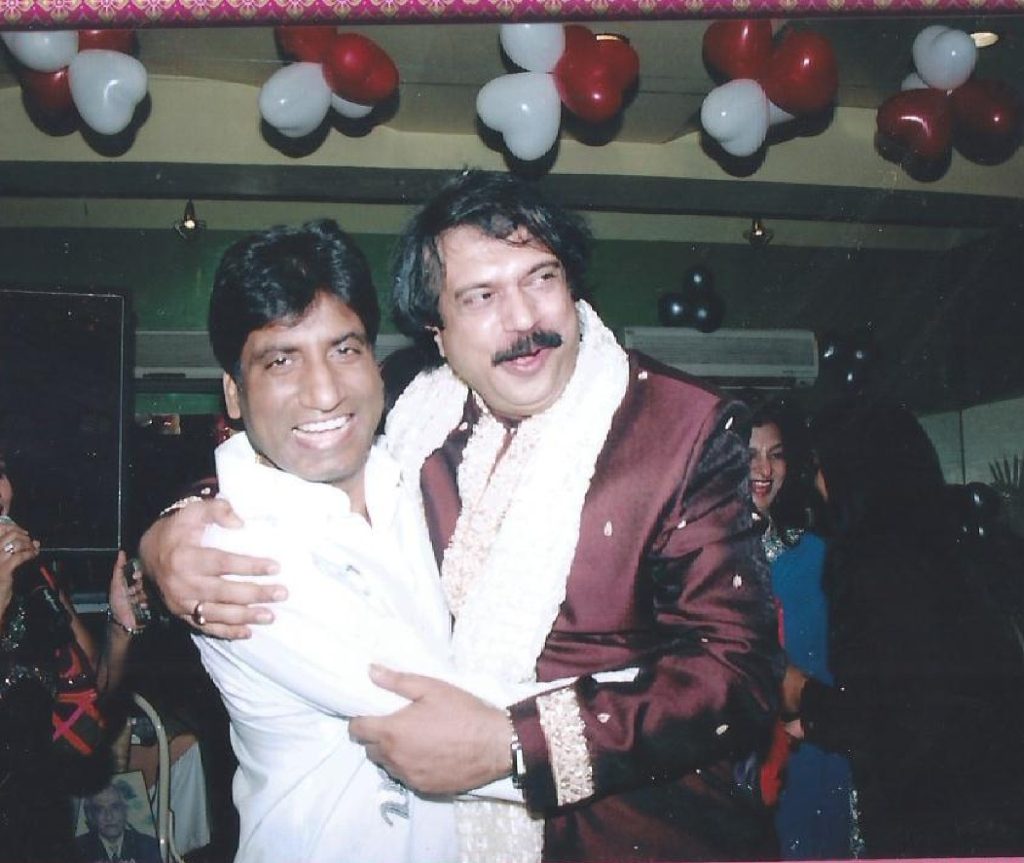 Bollyy.com and Mayapuri convey their heartfelt condolences to the bereaved Srivastava family and to all their relatives and loyal fans. Although he is no more with us, Raju Srivastava’s legacy of unique brilliant stand-up crisp comedy will live on forever,

“After 30 years I am working with Kamal Sadanah in a movie.…

Life is good is about hope and finding happiness in small…

Udit Narayan A Voice For All Seasons, All Regions And For…