On the 75th anniversary of Indian Independence, as we grow introspective about our journey as a nation, Zee Theatre presents a few thought-provoking and entertaining teleplays to mark the special occasion.

Enacted and created by theatre luminaries, the plays will be aired from August 13th to 15th and will showcase the indomitable spirit of India and its citizens.

An overview of the plays: 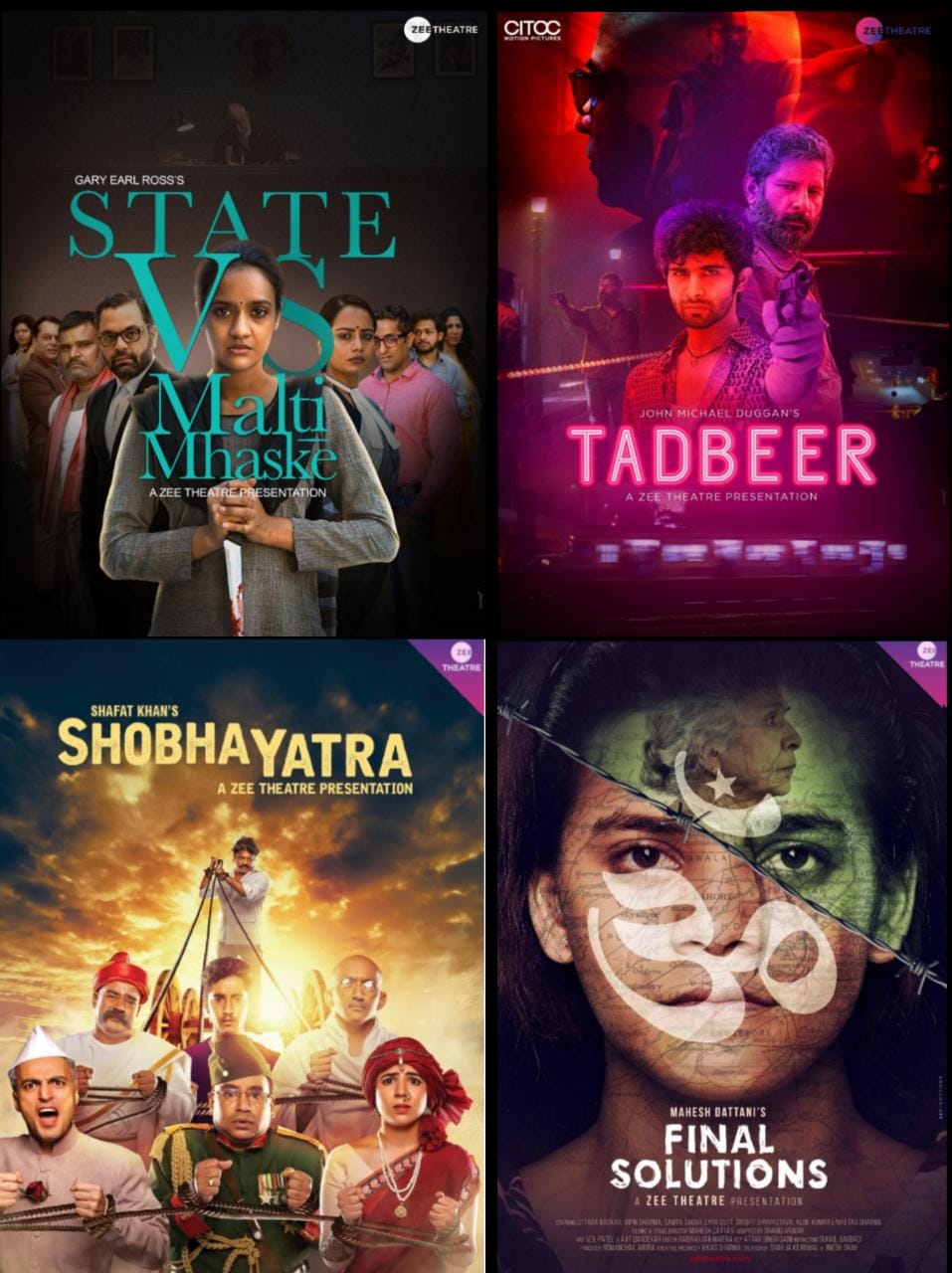 Filmed by Saahil Saple, this story unfolds in the grey area between right and wrong. Starring Raj Arjun and Siddharth Menon in pivotal roles, the story revolves around P.K, a highly placed commander from a politically supported right wing group who is all set to carry out the assassination of an activist fighting for equality and freedom of speech.

A young foot soldier Somu and an ex-army recruit Darshan are also entrusted with a mission that they know very little about. Once they come to know about the details of the task they are supposed to finish, will they be able to pull it off?

The teleplay also features Manoj Kolhatka and Jayant Gadekar. It will be aired on Airtel Spotlight and Dish and D2H Rangmanch Active on 13th August at 2 pm and 6 pm.

Have we as citizens lost the ideals that won us our freedom? This teleplay directed for stage by Ganesh Yadav and for the screen by Attar Singh Saini offers an answer as it provides us an unsettling peek into the lives of six working professionals, all set to play the roles of Gandhi, Bose, Tilak, Nehru, Rani Laxmibai and Babu Genu for an Independence Day ceremony. The teleplay stars Anand Alkunte, Ayaz Khan, Chirag Vohra, Mansi Multani, Nikhil Ratnaparakhi and Sumukha S.

As the story develops, we see the distance between reality and the idealism of the past. Will playing the roles of historic legends rekindle patriotism, integrity and honesty among the protagonists?

To know the answer, watch this satire that reveals multiple social ills even as it raises laughter, only on TataPlay Theatre. It will be aired on 13th August at 2 pm and 8 pm.

Starring Divya Menon as the protagonist, the teleplay revolves around a 20-year-old Dalit housekeeper Malti who is accused of murdering her high-caste employer. She has little chance of proving her innocence in a system where she has been condemned even before the trial has begun.

Hope comes in the form of Tara, a lawyer, who takes on rampant caste discrimination and with the help of a renowned psychiatrist puts up a brave fight to defend not just Malti but others of her kind.

The teleplay also features Divya Menon, Sagar Deshmukh, Smita Tambe and Vikram Kochhar and will be aired on Airtel Spotlight, and Dish and D2H Rangmanch Active on 14th August at 2 pm and 6 pm.

Mahesh Dattani’s acclaimed play ‘Final Solutions’ examines communal conflicts through the filter of human relationships and shows us that hate is just an expression of ignorance.

If we only stopped ‘othering’ people and made an effort to understand them, we would feel empathy and kinship rather than hate. The depiction of a communal riot also shows how women are undermined and subjugated regardless of the milieu they belong to.

Through the voices and stories of Ramanik, Hardika, Aruna, Bobby, Javed, Tasneem and Smita, we learn how similar all human lives are and that we are more than the labels we are known by. Dattani won a Sahitya Akademi Award for the book, ‘Final Solutions and Other Plays.’