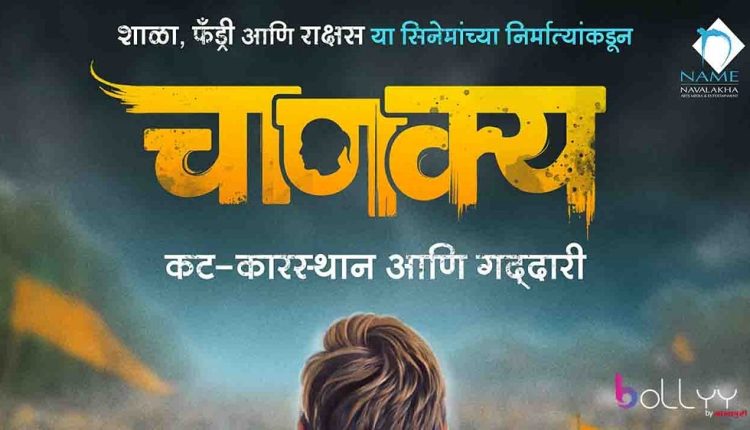 By Team Bollyy Last updated Oct 6, 2022
26
Share
There has been an absurd upheaval in the politics of Maharashtra in the last eight years, and the audience will now get to see the thrill of this political drama in the upcoming film “Chanakya”. This realistic biopic of Maharashtra’s political greats will be released in Marathi and Hindi languages. 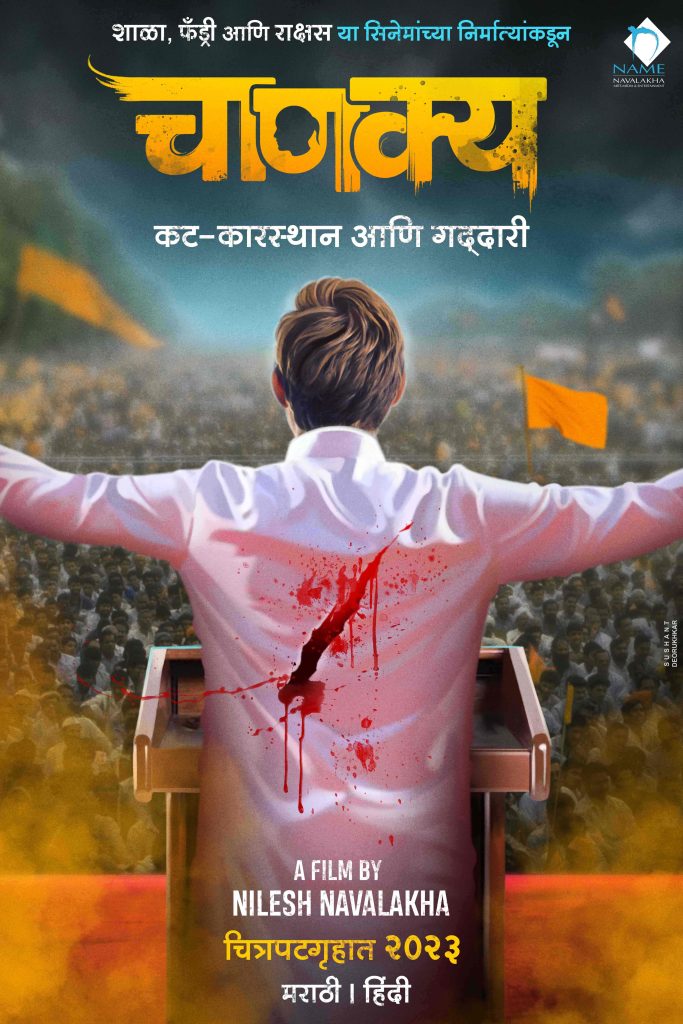 National award winning producer Nilesh Navlakha is writing and directing the film and it is releasing in 2023. The bold poster of this film was launched on the auspicious occasion of Dussehra. Nilesh Navlakha has produced national award winning films like “Shala”, “Mulli” and “Fandry” through Navlakha Arts Media & Entertainment. Also the movie “Rakshas” produced by him was appreciated.
Nilesh Navlakha has taken Marathi films closer to reality and taken the film industry to a different height. After producing several quality films, he has now turned to writing and directing himself. For the very first film, he has chosen a ‘political thriller’ subject that is fresh and full of upheavals beyond the imagination of ordinary people, politics in Maharashtra. He is making his directorial debut with the film ‘Chanakya’. He is also producing the film himself. ‘Chanakya’ will tell the audience the story of a family destroyed by the politics of Maharashtra and the conspiracy for the post of Chief Minister of the state, as well as conspiracy, political revenge drama and betrayal.
The poster of the film shows a leader addressing a huge crowd and a dagger stuck in his back. Therefore, it is clear that the political thriller of the last few years will unfold through the movie “Chanakya”. The poster of this movie has created a lot of curiosity about the movie. Many predictions have been made in the political field as well.
About the film “Chanakya”, writer, director, producer Nilesh Navlakha said that the film “Chanakya” is going to present a very sharp political story. This will be a biography of Maharashtra politics. The story of rulers who rule by sacrificing the dreams of common people for power will be presented. The name of the cast of this film will be announced soon.
Post Views: 168
ChanakyaNilesh NavlakhaUPCOMING FILM
26
Share

Abhishek Bachchan walks out of the Case Toh Banta Hai set after jokes about his father go too far; watch the video here!