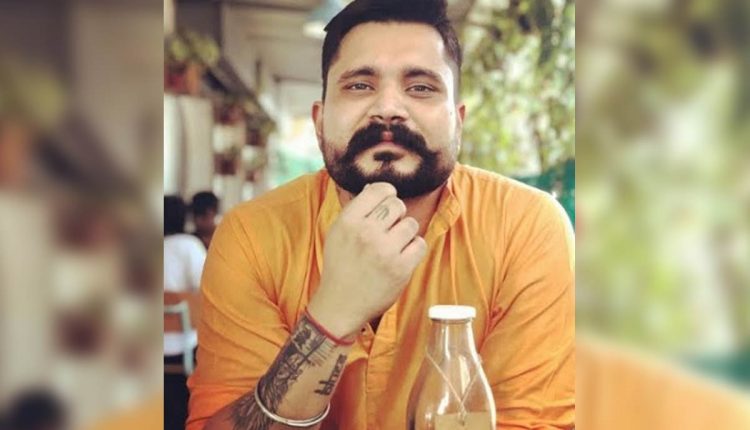 Chandan Saxena, a music sensation in Bollywood is coming up with the release of his long-awaited song Pal Pal featuring Ajaz Khan which is directed by Shadab Siddiqui followed up by one more song of 2019 in Collaboration with “Ek Number Production” which is set to be released this July’19. Chandan Saxena is a Film composer and Music Director from India with a background in Blues and Jazz..Chandan had built a name for his compositions by finely blending Indian classical music with western influences. In his illustrious career, he has composed music for over fifty plus advertisement jingles & TV Shows. He had an urge for music since his childhood and started composing music for Bollywood since he was at the age of 19-20 years. He was brought up in an environment that prompted the appreciation for Arts right from a very young age. He started taking guitar lessons under the expert tutelage of Berklee College of Music in Delhi. He made his debut as a music composer through Bollywood film Kal Hamara Hain in the year 2016. He has not looked back since then and has given music in some of the superhit Bollywood films such as Jalebi, Simmba and Batti Gul Meter Chalu among others.

Chandan Saxena on this song release said, “It’s been a childhood dream to be a Music Composer but that in Bollywood would happen so soon, was not something that I had expected. I feel my efforts have paid off with ‘Simmba and BhaiyaJi Superhit’ and I would not want to look back from here. The life of a musician isn’t as fancy and glittery as it is perceived. Musicians fight a weak battle to make their mark because Bollywood is so big and runs on the success of actors and not composers and singers. I would just like to go forward and fulfill all my dreams, I want to do to back to back song releases.” Chandan is currently working regionally in bollywood Industry. People Loved his work in movie Simmba, Batti Gul Meter Chalu, Bhaiyaji Superhit, Kathor, Jalebi etc. He is currently excited for his upcoming projects and is expecting the same love and response from audience which he has got from his previous projects as it took a lot of hard work to reach to such a level and become a famous personality.

I Have Pushed My Boundaries With O Saki Saki”: Tulsi Kumar