Chandramukhi star Amruta Khanvilkar shakes a leg with Madhuri Dixit at the promo shoot of Jhalak Dikhlaa Jaa, and the entire internet is in the awe of the superstar divas!

Dance reality show Jhalak Dikhhla Jaa is one of the most loved TV shows among the audience. The upcoming season is currently in its promotional phase and the makers are now introducing the contestants and judges to the audience – Jyothi Venkatesh 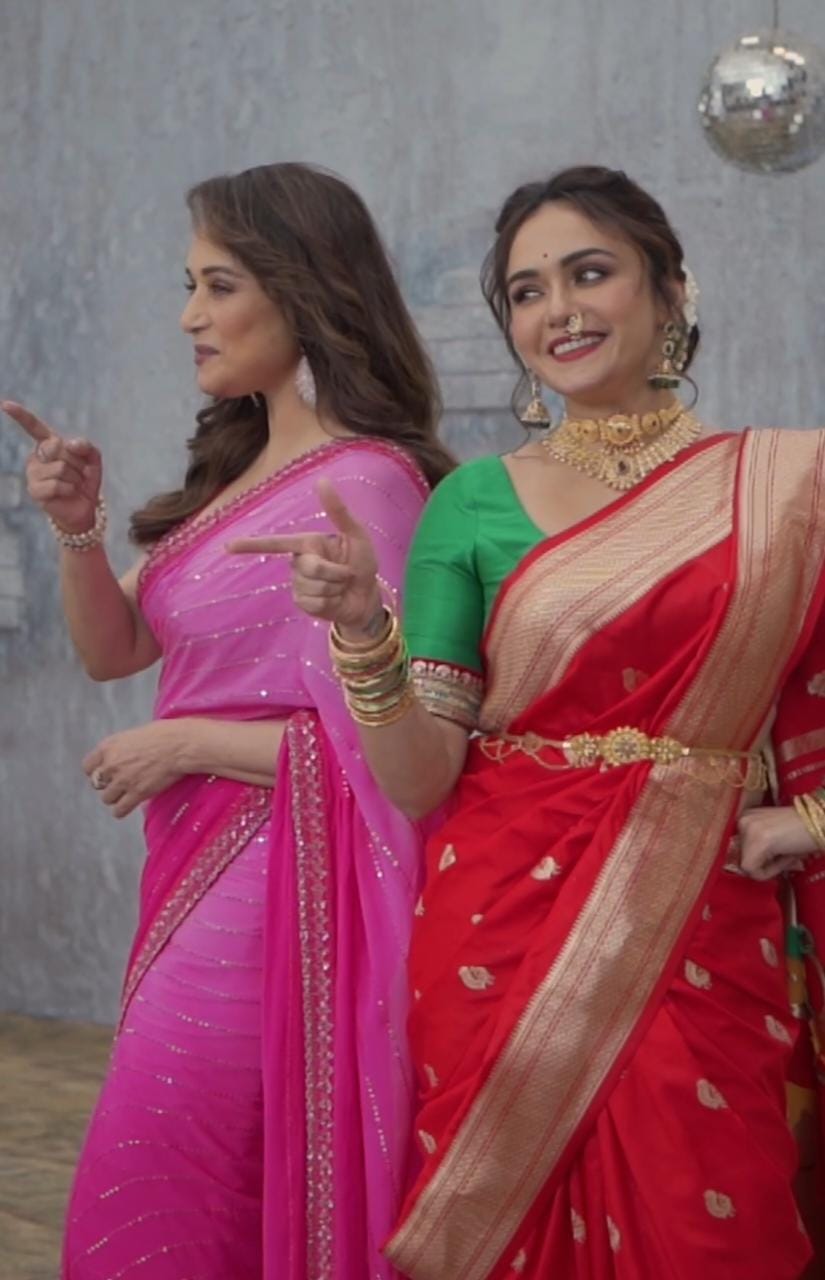 Amruta Khanvilkar, who will be one of the contestants on the show, has shared her experience of shooting with judge and eminent actress Madhuri Dixit, also a popular Maharashtrian beauty like Amruta herself for the introductory promo.

Recently, actress Amruta Khanvilkar shared a behind-the-scenes video while she was shooting the promo sequence for the show and it featured none other than Bollywood actress Madhuri Dixit.

In the video, we see Amruta saying that she is ready to share the dance floor with Bollywood’s ‘Dhak Dhak’ girl Madhuri. Amruta is wearing a Maharashtrian saree outfit and Madhuri is wearing a light pink saree. We also get a glimpse of how they are rehearsing for the promo.

Amruta wrote a long caption after enjoying a special moment with the legendary actress as she got a chance to share the stage with her as well.

Amruta wrote, “This day … these moments were so surreal for me … to be around someone I have always looked up to and to dance with the goddess of grace … it just seemed that my life has come back to a circle …. From that little girl in pune who used to dance in Ganesh Utsav on #madhuridixitsongs to performing with the legend @madhuridixitnene herself …. My journey in dance couldn’t get better than this …. With all the love that I have and I still am receiving for @thechandramukhi I want to promise you all one thing that I will always give my best when it comes to entertaining my audiences …. I m filled with gratitude and nothing else. 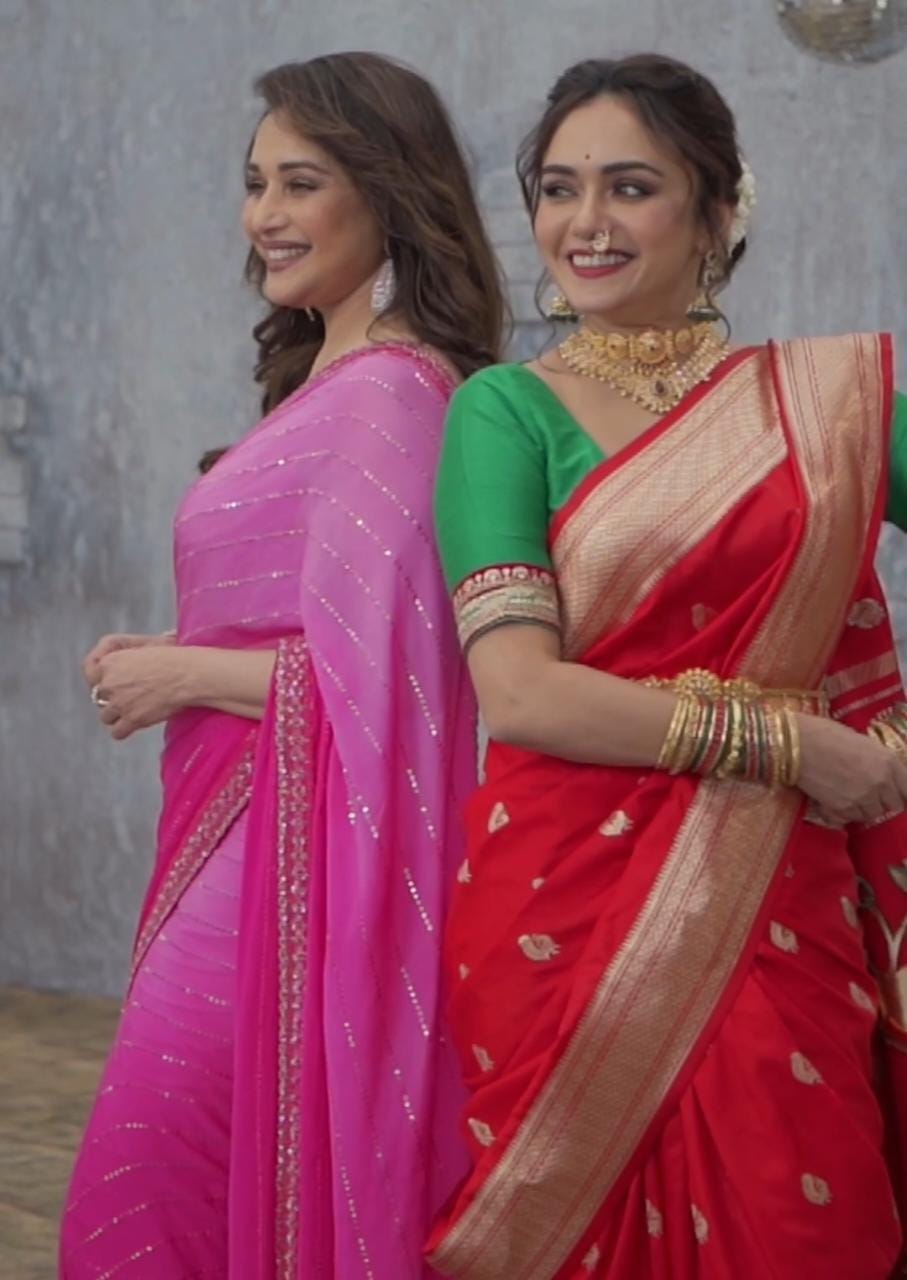 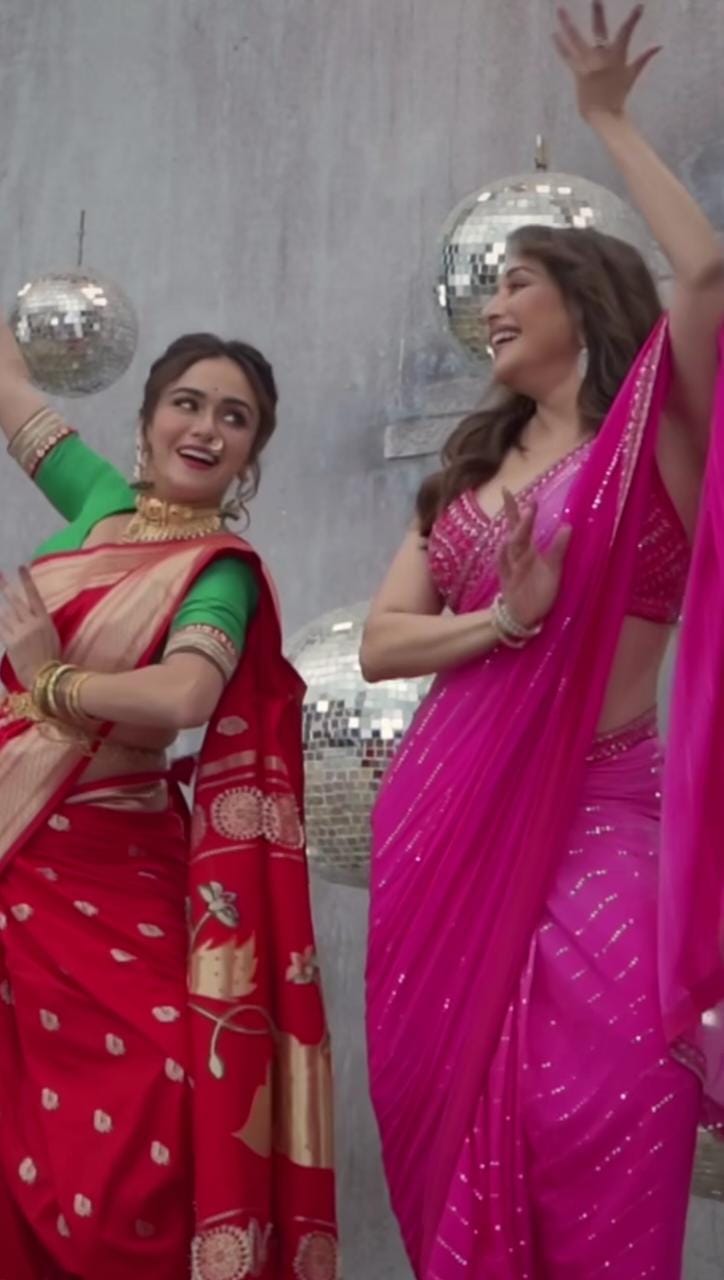 Fans couldn’t stop praising her and wishing her good luck for the show. Many of her fans and friends commented on the social media post. One of the fans said “Chandrmukhisssss”, another user wrote “Cannot get over thisss!

So so amazing! Lots of lovee ammmluuuu”. A fan commented, “Oh two great Marathi dancers, you have created a history in bai ga song, the way you performed, it’s beyond any words ,,, madhuri had saroj ji , you have ashish.”

Amruta was last seen in Marathi movie Chandramukhi which went blockbuster and is considered to be one of the highest grossing female centric Marathi movies in recent times.

“While watching my performance on the big screen, my parents were teary-eyed, which I feel is a big achievement,” says Rakshabandhan actor Sahil Mehta