CHECKOUT THE LIST OF 23 BOLLYWOOD NEW ONSCREEN JODIS OF 2018

SRK-Kajol,  Rekha-Amitabh, Anil-Madhuri, Karishma-Govinda, and Amir-Juhi are some of our all-time favourite onscreen jodis. Some of these onscreen couples turned even the simplest of stories into some epic love saga. But unlike 90s films, now Bollywood is going all experimental!  Over the years, there is a change in a pattern of casting the lead couples, as now the filmmakers try to come up with some new and unusual onscreen jodis.

In recent times, we saw many unusual pairings in Bollywood such as Kareena and Arjun in Ki Aur Ka, Irrfan and Deepika in Piku, Ranbir and Aishwarya Rai in Ae Dil Hai Mushkil which were also appreciated by the masses. As a result, we get to see many other new onscreen pairs in 2018 as well. This year moviegoers will witness many new onscreen pairs who will team up for the first time on the big screen.

We all are eager to watch Sridevi’s daughter Jhanvi Kapoor paired opposite Shahid Kapoor’s brother Ishaan Khattar in their Bollywood debut titled as Dhadak. This romantic drama is a remake of  2016 Marathi film Sairat. The film is produced by none other than Karan Johar and helmed by Badrinath Ki Dulhania director  Shashank Khaitan. As the original film, Sairat was a critically acclaimed and also a box-office hit now it will be interesting to see how this new Jodi match the level of original love story.

For all Bollywood buffs, Raazi will be one of the most exciting films of 2018, as two of the most talented young actors Alia Bhatt and Vicky Kaushal are uniting for a film for the first time. Helmed by Meghna Gulzar, Raazi is an adaptation of Harinder Sikka’s novel Calling Sehmat.  The film is expected to release on May 11. 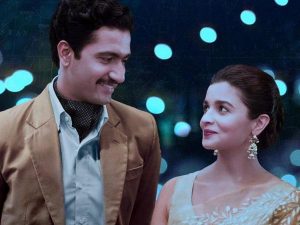 After setting the silver screens on fire by her sizzling chemistry with Ranbir Kapoor in Ae Dil Hai Mushkil, Aishwarya Rai Bachchan is now all set to romancing  Rajkummar Rao in Atul Manjrekar’s Fanne Khan. The film which also stars Anil Kapoor is scheduled for release on June 15.

Apart from his acting and singing talent Vicky Donor actor Ayshmann Khurrana always surprised us with his bold choices of films and creating the same magic with every single co-actress he had worked with in his previous films. In this year also we will see him romancing with Dangal girl  Sanya Malhotra for another comedy-drama, Badhai Ho.

After entertaining us with their funny and cute advertisements for a popular travel portal, the most-awaited on-screen Jodi of 2018, Ranveer Singh and Alia Bhatt are all set to team up for the first time in Gully Boy. Directed by Zoya Akhtar the film is based on the lives of street rappers from the chawls of Mumbai.

Kedarnath is marked as the debut film for Sara Ali Khan, daughter of Saif Ali Khan and Amrita Singh.The film directed by Abhishek Kapoor, Sara will pair opposite Sushant Singh Rajput. The film is based on the aftermath of the 2012 Uttarakhand floods. Kedarnath is set to release on December 21.

The fans of Bebo are eagerly waiting for the release of  Veere Di Wedding as with this film, Kareena will return to the big screen post her pregnancy. But another reason for her fans to get all excited is that the Bollywood diva Kareena will be romancing with web-series star Sumeet Vyas. The film directed by Shashank Ghosh also stars Sonam Kapoor, Swara Bhaskar and Shikha Talsania in lead roles. The movie hit the screens on 1st June 2018. 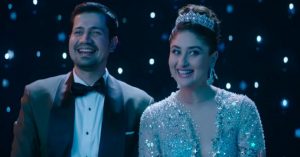 Varun Dhawan and Anushka Sharma are all set to come together for Yash Raj film titled  Sui Dhaaga directed by Sharat Kataria. The film is inspired by the Made in India campaign. According to film’s tagline,  it is a tale of pride and self-reliance, based on every passionate, hard-working Indian. It will be scheduled to release on Gandhi Jayanti, October 2.

Producer Karan Johar is all set to launch two new faces in Bollywood with Student Of The Year 2, the second instalment of his own 2012 directorial, Student Of The Year.  Punit Malhotra directorial SOTY 2 features Tiger Shroff alongside Chunky Pandey’s daughter Ananya Pandey and Tara Sutaria. 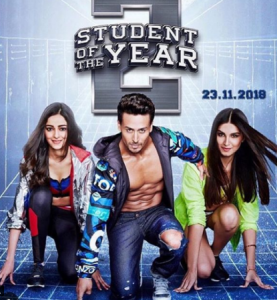 Manamarziyan is Anurag Kashyap’s first romantic-drama film, something which he has not done in a career of more than 20 years in the industry. The film features Taapsee Pannu, Vicky Kaushal and Abhishek Bachchan in lead roles.  Manmarziyan is all set to release worldwide on September 7, 2018.

Rohit Shetty’s directorial Simmba starring Ranveer Singh and Sara Ali Khan is one of the most anticipated films of 2018. An out-and-out commercial film, ‘Simmba’ is a Hindi remake of the Telugu blockbuster Temper.  The cop flick is all set to hit the theatres on 28th December 2018. 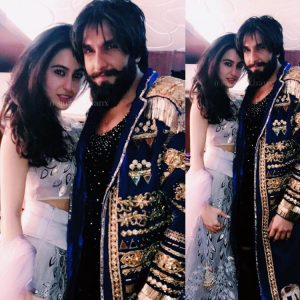 This is another fresh Jodi of B-Town! Kriti Sanon and Diljit Dosanjh will share the screen space for the first time in a film titled Arjun Patiala. In Dinesh Vijan’s romantic comedy, Kriti will play the role of a journalist and we will see Diljit as a quirky, small-town guy.

Soorma is another Diljit’s Bollywood film which is a biopic based on the life of hockey player Sandeep Singh. Also starring Taapsee Pannu, Soorma is being directed by Shaad Ali. It is expected to hit the screens in June 2018. It is another interesting film of this year as Baahubali star Prabhas star opposite Shraddha Kapoor in an action-adventure flick tilted Saaho. The trilingual action thriller film is directed by Sujeeth and its cast also includes Neil Nitin Mukesh, Jackie Shroff, Chunky Pandey, Mahesh Manjrekar, Tinu Anand and Mandira Bedi.

Drive is an action comedy film starring two of the hottest actors from Bollywood, Sushant Singh Rajput and Jacqueline Fernandez.  Directed by Tarun Mansukhani the film is produced by Karan Johar which is set to release on 2nd March.

Naagin fame actress Mouni Roy is all set to make her Bollywood debut opposite Khiladi of Bollywood Akshay Kumar in Reema Kagti’s Gold. The movie is based on the story of Indian hockey team led by Balbir Singh, which won the first Olympic medal for the country as a free nation in 1948. It will release on August 15.

Ranbir Kapoor will step into Sanjay Dutt’s shoes for Rajkumar Hirani’s directorial Sanju based on the life of Sanjay Dutt. In the film, Dia Mirza will be seen as Dutt’s wife Maanayata. The biopic stars Paresh Rawal as Sunil Dutt and Manish Koirala as Nargis. The film is set to be released on June 29, 2018. 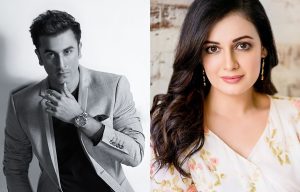 Another star kid, Karan Deol is all set to make his acting debut alongside the newcomer Saher Bamba with his father Sunny Deol’s  third directorial venture tilted Pal Pal Dil Ke Paas. To be jointly produced by Zee Studios and Dharmendra, Pal Pal Dil Ke Paas is expected to release in the second half of 2018. 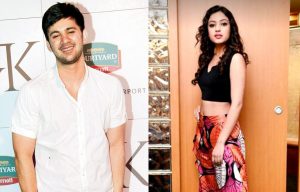 Sanjay Dutt star opposite Nargis Fakhri in his upcoming action-thriller Torbaaz set in Afghanistan. The actor will play a retired Army officer in the film and on another side, Nargis Fakhri will be seen as an Afghan girl who runs an NGO. The film directed by Girish Malik will release on 11 May 2018.

Salman Khan is all set to launch his brother-in-law Aayush Sharma in the film ‘Loveratri’. With this film both Aayush and Warina, both will mark their Bollywood debut. The story fo the film is set against the backdrop of Gujarat and the onscreen couple’s love story unfolds over the span of the festival of Navratri.

The film, directed by Abhishek Sharma features John Abraham and Diana Penty in lead roles. Parmanu is about a team of officers who were given the responsibility of carrying out the covert operation without the world finding out about it. The film will hit the screens on May 25, 2018. 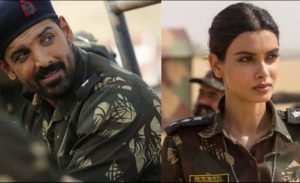 That was our list of 2018 Bollywood on-screen jodis team up for the first time. Pick a Jodi from the list which you are most looking forward to? Let us know in the comments below.

RANBIR KAPOOR TO START WORKING ON LUV RANJAN’S NEXT AFTER BRAHMASTRA?

“As Long As It Doesn’t Come Off As Cheap Or Vulgar, I Am Ready To Dive Into Any Kind…

“I Always Look At The Quality Of The Character, Even If My Presence Is Just For One…

Celebs on Hathras rape case: Hang them! Culprits should not be spared!