Instead of showing the shallow love for Chhatrapati Shivaji Maharaj by just raising slogans of ‘Jai Bhavani’, ‘Jai Shivaji’, today there is need to uphold his ideals, thoughts and values. The film depicting his exact standpoint, ‘Chhatrapati Shasan’, is releasing on 15th March in entire Maharashtra. Produced by Prabodhan Films and Sawai Martand, and directed by Khushal Mhetre, film ‘Chhatrapati Shasan’ is a production of Utkarsh Kudale, Priyanka Kagle and Khushal Mhetre. This film will rightfully guide today’s generation towards the Shivshahi (Shivaji’s rule).

Recently the music inauguration ceremony was conducted. The Director of the film Khushal Mhetre described the journey of film’s production and direction in an interesting way. Mhetre said, “the film Chhatrapati Shasan is an art dedicated by the Shiv Bhakts to the Hind Bhakts.” Life of Maharaj spanned about 18306 days, what we can learn exactly from it? What wisdom we can gather? This film narrates the principles of the great warrior Chatrapati Shivaji Maharaj. Instead of worshiping symbols, images and idols or enthusiastically raising slogans of ‘Jai Shivaji’, this film gives an actual message of how and what Shivaji Maharaj established through his wisdom by his bravery and thoughts.” Co-Producer Amar Pawar announced that 10 percent from the total income of the film will be donated to the Indian Army in the wake of Pulwama terror attack. 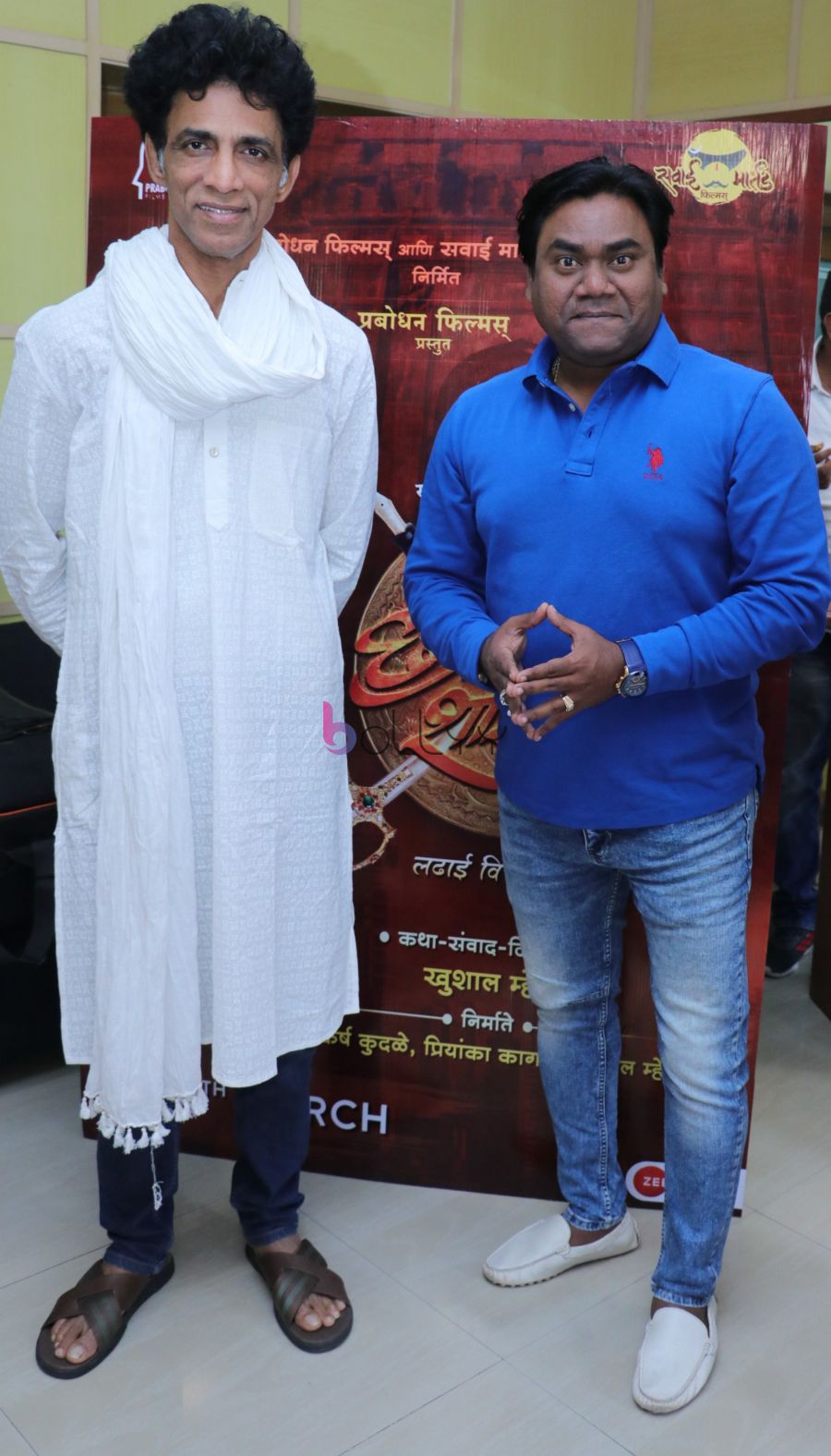 All four songs in the film are of different kinds. Remarkably, music of each song in the film is directed by a different music director. A very inspiring and energetic ballad ‘Shivba Chhatrapati’ is sung, written and music directed by Nandesh Umap. Music of item song ‘Mishiwala Pahuna’ in the amazing voice of Janhavi Prabhu-Arora directed by Rohit Nagbhide. Both songs are penned down by Dr. Vinayak Pawar. Splendid Lavani ‘Vadhiv Distay Rao’ in the spicy rural voice of singer Urmila Dhangar, is written by Deepak Gaikwad and music composed by Sachin Avghade. Striking feature of this Lavani is that, this Lavani is performed by a male artist donning a female costume. Song which weaves around the story of the film and adds spice into it, ‘Mard Marathyacha Por’… is sung, written and music directed by Abhijit Jadhav and Rajan Sarvade. Actor Makarand Deshpande while speaking about the film said that, “there have been many films on the life of Shivaji Maharaj. This is the first experience for me. My role as Professor Samar in the film presents the ideology of Shivaji Maharaj. Today’s youth needs more convincing than imposing, which the film Chhatrapati Shasan exactly does.” The cast of the film also includes actors Santosh Juvekar, Kishore Kadam, Abhijit Chavhan, Prashant Mohite, Anil Nagarkar, Sayali Kale, Prathamesh Joshi, Shreyaschandra Gaikwad, Vishnu Kedar, Parag Shah, Abhay Mishra, Dhanashree Yadav, Kiran Kore, Rahul Belapurkar, Sayali Paradkar, Ramchandra Dhumal, Milind Jadhav and Jaydeep Shinde. The film also features child actors Shrisha Mhetre, Romit Bhujabal, Rajvardhan Dhusanis and Reva Jain. The film is directed by Khushal Mhetre and he himself has written the story and dialogues, while the script is written by Kamalesh Bhandwalkar. Filming is done by Sunil Borkar, Nishant Bhagwat and Yogesh Koli, while the editing is done by Chetan Sagade, Art direction by Nitesh Nadgaonkar and Anand Sathe, costumes by Prathamesh Mandhare, set design by Pinto Kolhapure and dance direction is done by Bhakti Naik.

We proudly carry and hail the label of ‘Shivbhakts’ for ourselves, but the only question that arises is, do we actually live by his ideals? Follow them? Speak for them? And most importantly, think like them? To make us realize and find these answers by ourselves, the film with a narration, “Chhatrapati Shasan”..!