And Who Inspired Actors Like Raaj Kumar , Sunil Dutt And Rajendra Kumar

I have never stopped asking god why he has been so kind to me and whenever I have tried , god just looks at me as if I was an idiot and gives me one of his best , benign smiles and then askes me to ask him my next question .I have tried to ask myself why some of the best people have come into my life and I have found it very difficult to find   answers . Sometimes when I am all alone ,I talk to my mother and ask her if she had ever prayed for me to be what I am today and I can feel my dear mother patting me on my left cheeks where I have  a prominent mole which she used to call my beauty spot and say “if I have prayed for anyone , my son, it is you “.
And if there is one thing I can really not believe , it is my uncanny ability to attract some of the most unusual human beings and I often wonder what my life would have been without these wonderful people coming and becoming an essential part of my life …..

I was planning the initial stages of the second “Screen” Awards which included forming the jury and screening films for them.The screenings were arranged at the Ajanta mini theatre owned by Sunil Dutt, who  had become a mentor more than an associate or a friend .I had taken the responsibility of arranging the screenings and my management had left everything for the screenings to me. I asked Dutt Sahab if we could have his theatre for the screenings  and without thinking even for a moment he said in his own inimitable way , “janaab , Ali sahab ye theatre aapka hi toh hai , agar kuch aur zaroorat hai toh bataao , main agar nahi bhi raha yaha , Gandhi sahab sab dekh lenge “. It was the first time I had heard the  name Gandhi from Dutt Sahab . 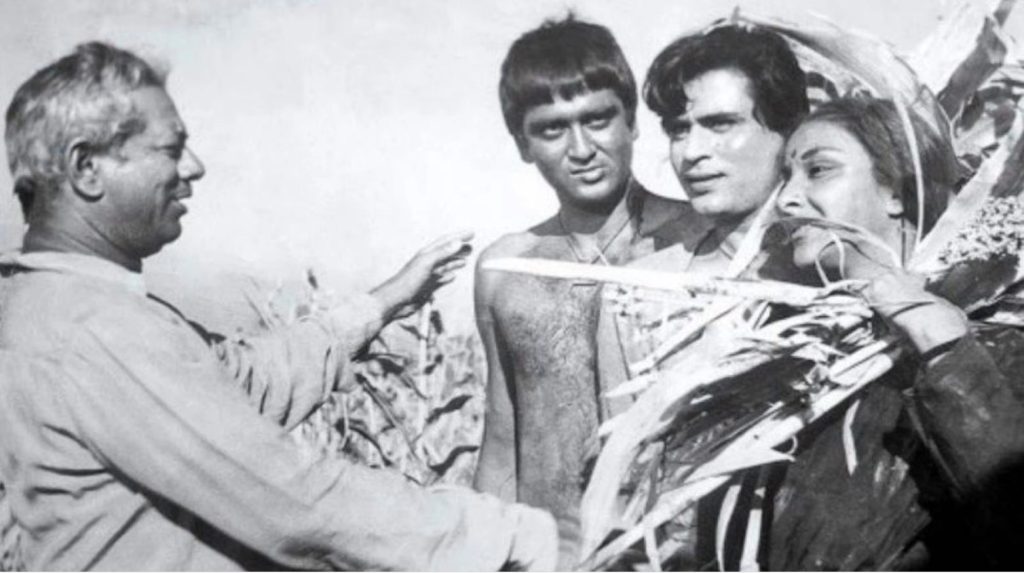 He then sent for “Gandhi”sahab and I for the first time met an old man with all his hair turned grey and a muffler round his neck.He was very active and when Dutt Sahab told him my name, he said ,”Ali sahab ko kaun nahi jaanta ? main toh kab se inke likhe huwaye articles padh raha hoon aur inka jo colunm hai “Ali’s Notes “woh toh har industry wala padtaa hi hai “.That was first time I had met Mr.Chimankant  Gandhi who was in his eighties but travelled by train to Ajnata Theatre in Bandra , Pali Hill , all the way from Marine Drive where he lived alone in a sea-facing apartment in a building called Kapur Mehal which I was told was presented to him by Mehboob Khan.

The Screenings continued for more than fifteen days and I had to be present on all the days as was the request of all the jury members . According to the rules,I was not supposed to sit with the jury while the screenings were held for the jury . And I had to spend time in the compound of the bungalow belonging to Sunil Dutt and Nargis Dutt . I found a new freind in Mr.Gandhi and I discovered him after the second day …..

Gandhi was a very close freind of Mehboob Khan from the days when Mehboob Khan was a junior artist and a fighter who specialised in riding and taming horses since he belonged to a family which dealt with horses . Gandhi had seen the rise of Mehboob Khan who was an illiterate man “but a man with a superhuman mind”.
Gandhi was Mehboob Khans chief assistant director when Mehboob made his first film,”Judgement of Allah”and then in all the subsequent films directed by Mehboob . During this time , Gandhi had directed “Deccan Express “. Gandhi had also assisted Mehboob when he made “Aurat”which was to be the film which inspired Mehboob to make “Mother India “later .
Mehboob had created a sensation when he cast Nargis in the title role of “Mother India”. Nargis was considered to be the “Ghar Ki Heroine”of R.K.Films ,a banner under which she had done several  films with Raj Kapoor as her hero . The casting of Nargis literally broke the heart of Raj Kapoor and” Mother India” was the last film of Nargis who only came back years later in” Raat Aur Din”in which she played a double role and the film turned out to be her farewell film as an actress . 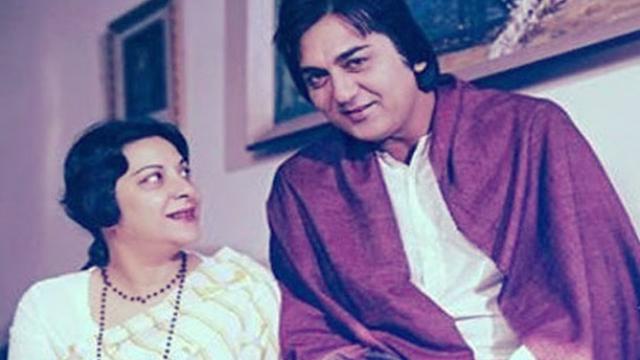 Mehboob wanted actors to play the roles of the husband of Nargis and young actor to play her sons and he gave the responsibility of finding the actors to Gandhi . The result was Gandhi selecting three new actors ,Raaj Kumar to play the husband , Sunil Dutt to play the son gone astray and Rajendra Kumar who was a victim of the partition and who Gandhi found in the Marina Guest House near the Bandra Railway Station . Gandhi was also responsible for having Kanhaiyalal , a versatile actor to play the evil money -lender .And Mehboob never lost any opportunity to acknowledge the contribution of Chimankant Gandhi to the making of “Mother India” ,a major landmark in the history of Indian Cinema….. 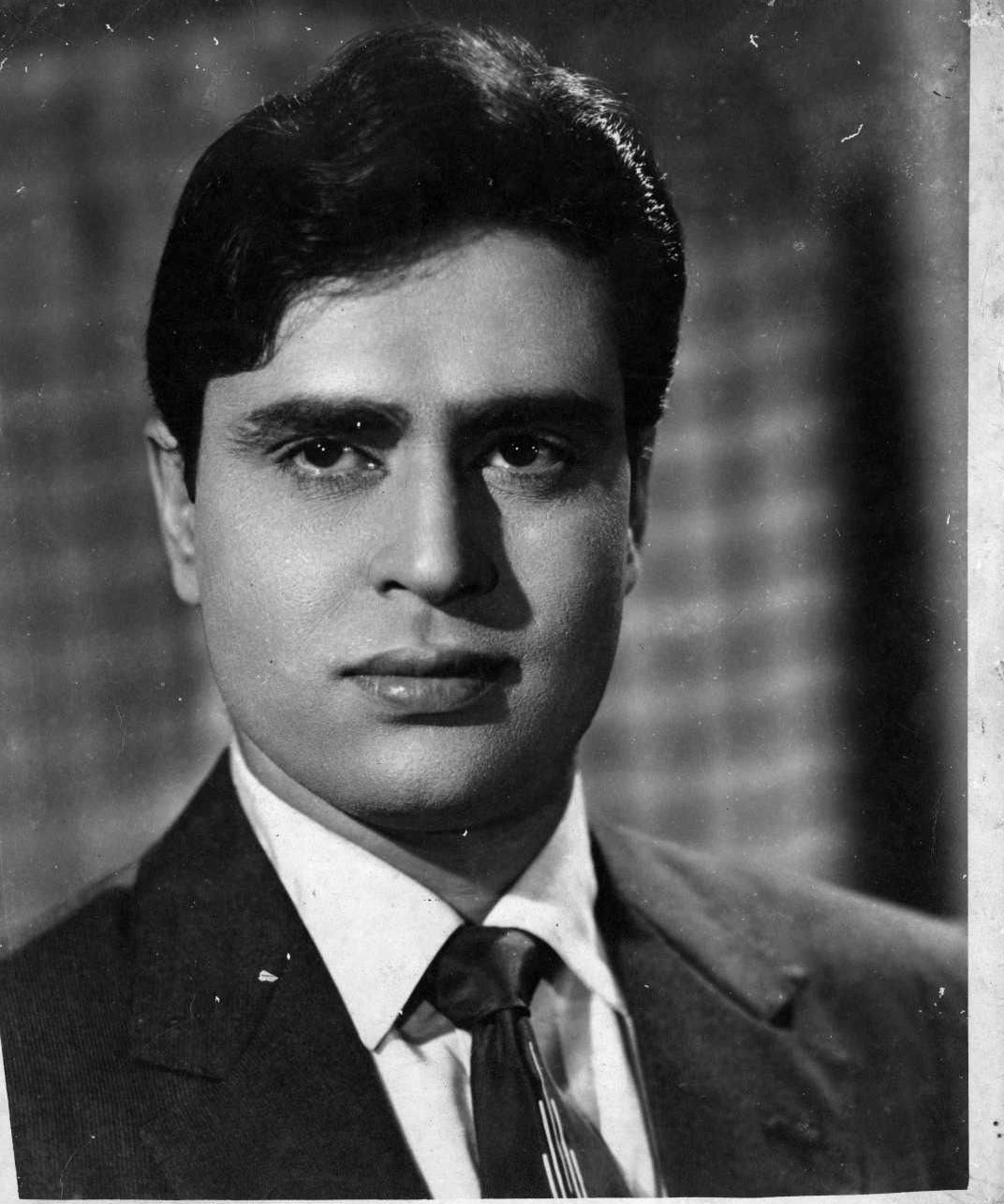 During the days I spent with Gandhi (I used to call him Gandhiji and he used to join  his hands and touch both his ears), he told me eye -witness stories about the shooting of” Mother India”in a village called Bilimora in Gujarat which was the native place of Mehboob Khan .He talked about how Mehboob made his actors live the roles they had to play . He also remembered how Mehboob used to make his actors live on a frugal lunch of “jawar ki bhakhri ,kaanda or ek badi hari mirch “. He went into an emotional flash back when he narrated the story of the fire during the shooting in which Nargis was caught and could have  been burnt to death  and how the young and struggling actor Sunil Dutt had jump into the flames and brought back Nargis in his arms and how that one scene had not only become a highlight of the film , but had also led to Sunil Dutt and Nargis falling in love and getting married ,a marriage Gandhi was one of the few guests to be invited to. 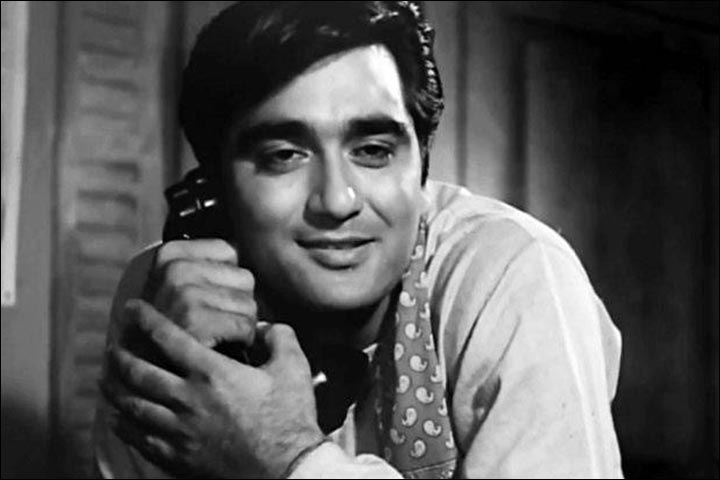 Gandhi also emotionally rembered how Mehboob Khan was a great admirer of Pandit Jawaharlal Nehru . And how when Nehru died of a  heart attack on May 27 ,1964 and Mehboob got the news of “Panditjis” death, he was stunned and spoke  only one line which was “ab hum jeekar kiya karege “. And the very next day Mehboob Khan , one of the greatest filmmaker and pioneer also died  of a heart attack .A glorious story had come to an end only to be rembered whenever great Indian films were remembered ….
Gandhi  had fallen on bad days after Mehboob died . And Sunil Dutt was a very big star , film maker and leader of the masses .He had also built his own recording and sound studio in the compound of his bungalow.He needed someone he could trust to look after his studio and his search for that man ended with the man who had helped him during   the initial years of his career , Chimankant Gandhi , the man he respected and taught every one else to respect till the very end .

Now , Sunil Dutt is gone, Nargis left long before him, Gandhi also is gone , in the place of the bungalow where the Dutts lived has come up to multistoreyed buildings named
” Imperial Heights”  and Ajnata Studio has vanished into some unknown place . The only treasure left behind are thousands of memories and my memories of a very simple but a man of  sterling qualities which have gone out of our lives and times,Mr.Chimankant Gandhi .
Post Views: 145
Chimankant Gandhi
246
Share