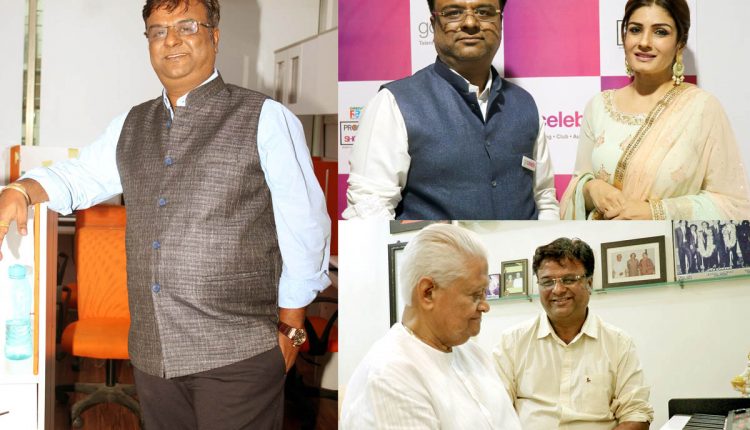 While Chirag Shah, founder of GoCeleb, is still basking in the resounding success of his Gujarat City Tour with Laxmikant Pyarelal, the brainchild behind the Entertainment Company is already looking forward to the many musical shows planned for this year starting with Navratri.

“The success of our previous shows with Pyarelalji has been unprecedented, and that’s motivated us enough to make our future shows all the more extravagant,” says Chirag. He further adds, “We have major shows planned till end of 2019! It’s a five city tour with singers like Sonu Nigam, Shreya Ghoshal, Bappi Lahiri, Salman Ali, Javed Ali, Pankaj Udhaas, Lalit Pandit and Shaan among many others. A total of 40 singers have been signed on board and some exciting and exhilarating Navratri nights are also in the offing.”

Talking about the plans for the entertainment firm, which at the outset started off as an online artist booking portal, Chirag says, “Our aim with GoCeleb is to give the best entertainment to people. While in the movies, people just have to watch pre-recorded content, with LIVE Shows, they have the option to alter the entertainment quotient by making requests and engaging with the singers. Even the artists can plan their own show flow and alter the entertainment pegs. We have signed up with over 3000 artists so far and many more are to join us too.”

It is learnt that GoCeleb is soon to launch a Celebrity Merchandise Auction Portal as well. This online auction portal will give fans the access and the chance to participate in the auction and bid for the merchandises of their favourite celebrities. A part of the proceeds of the auction will be donated to NGOs, thus contributing towards the society as well.

HOW WILL YASMINE TURN THE CURSED ALADDIN BACK INTO HIS HUMAN FORM?

“With theatres struggling to open again, the web is probably the next big step”

EVERYONE WANTS MASALA IN DAILY SOAPS & I THINK I PROVIDE JUST THAT”, SAYS…