Cinema associations appeal to Salman to release Radhe on Eid 2021

Bollywood movies starring superstar Salman Khan have always attracted a huge crowd towards the cinema halls. His action-packed movies are one of the most-watched Bollywood masala commercials the audience craves to watch after a hectic week. From soulful songs to memorable dialogues, Salman Khan has stolen our hearts every now and again. His movies have not only mesmerised the audience but has also helped single screens thrive for a long time. Jyothi Venkatesh

It’s a well-known fact that the past year hasn’t been easy on many of us, especially the cinema hall owners. While many filmmakers turned to OTT platforms to showcase their work, the theatres suffered. Owing to the fact that theatres have started opening up to the audience again, many cinema hall owner associations came together to write an open letter to Salman Khan.

They started by saying how the past year has affected the ‘livelihood for lakhs of people who were employed by them directly or indirectly’. Since his films have always played an important role in bringing audiences to single-screen cinemas, they want him to release his upcoming Prabhu Deva directorial Radhe – Your Most Wanted Bhai in theatres on Eid 2021. 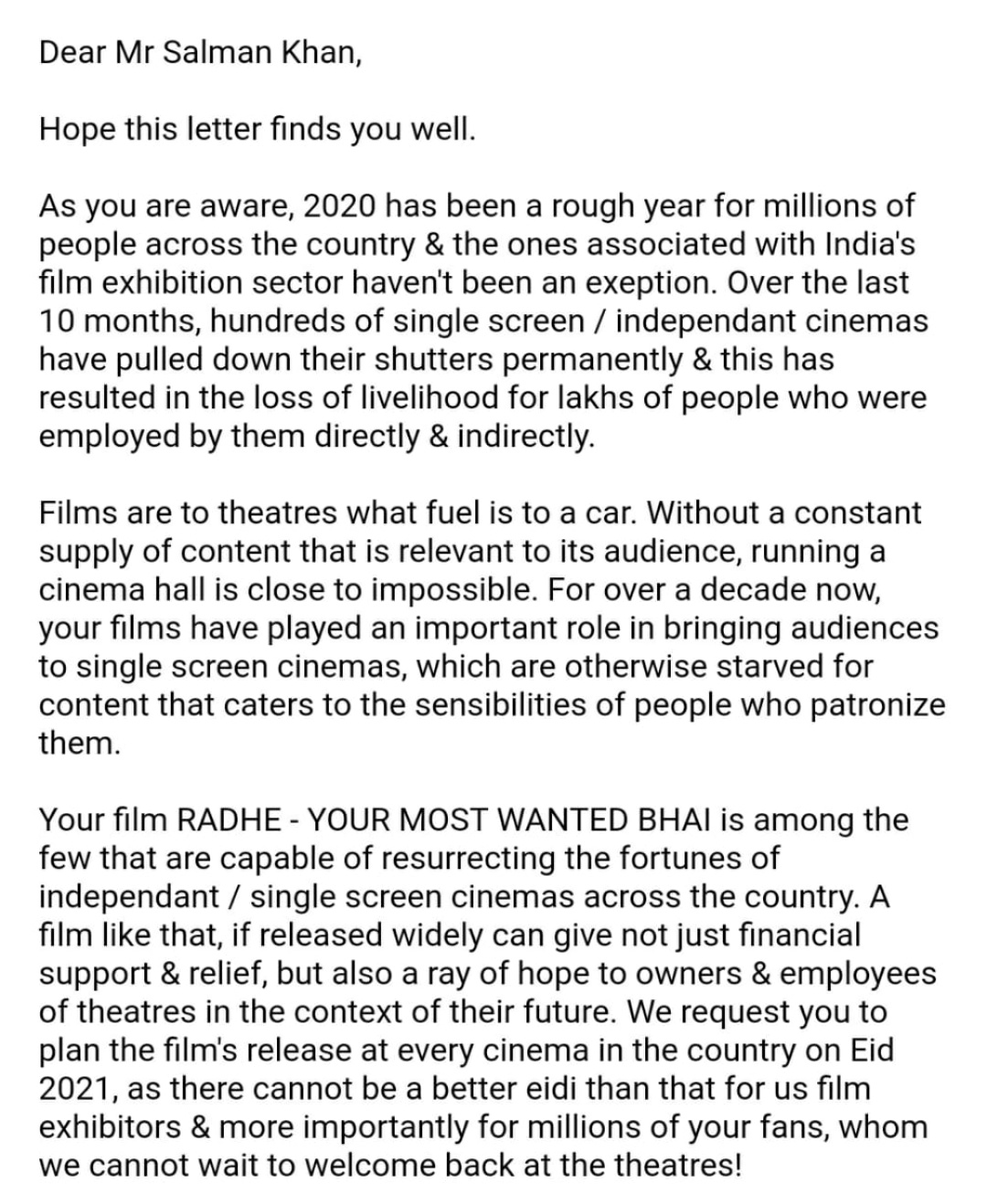 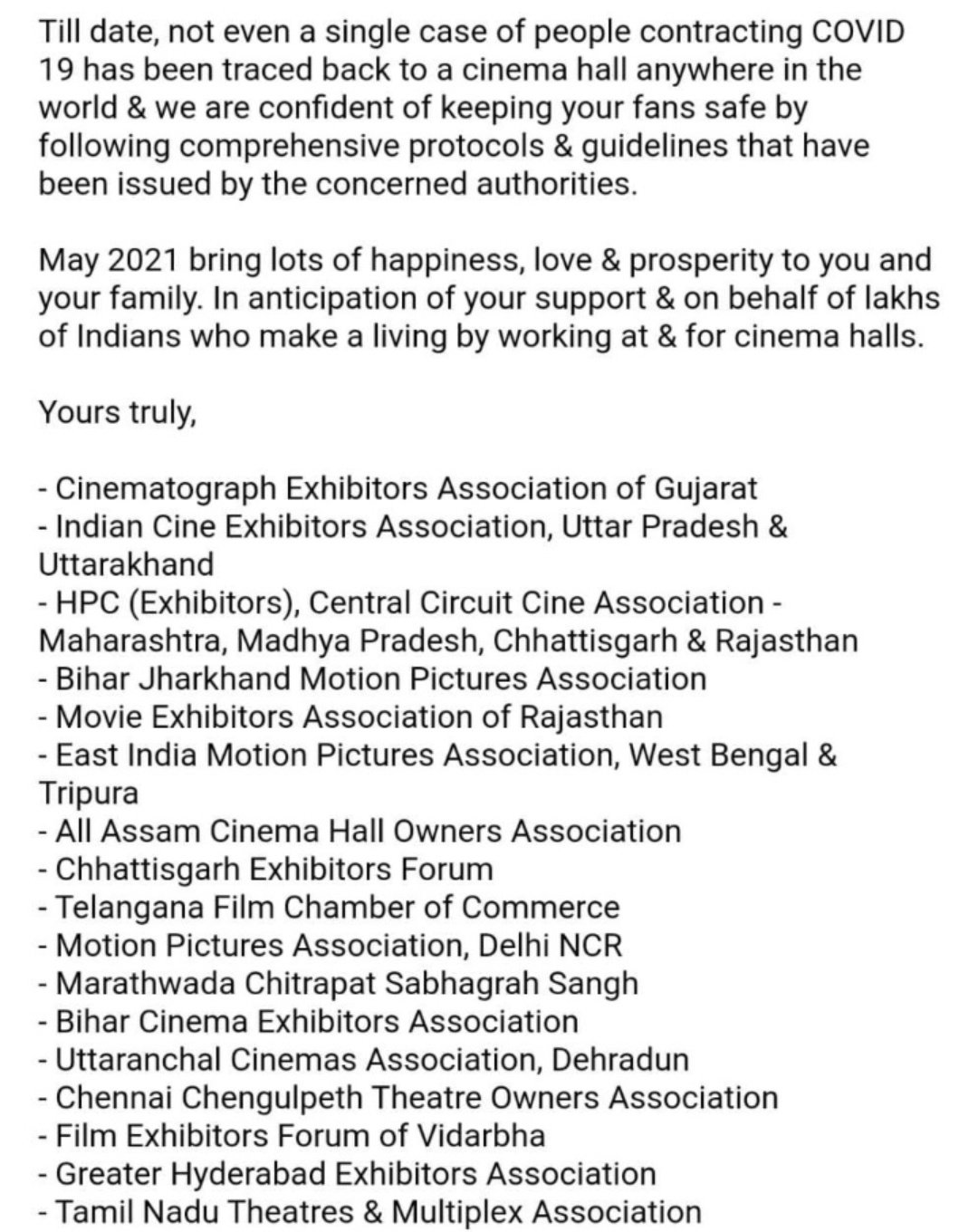 The letter went on to say that since there hasn’t been a single case of people contracting COVID-19 traced back to a cinema hall anywhere in the world, they are confident of keeping Khan’s fans safe by following comprehensive protocols and guidelines.They signed off stating that they are anticipating his support. It will be a treat to watch the superstar show his support to this request by the associations.

Cricket board president Sourav Ganguly hospitalised in Kolkata after “uneasiness”