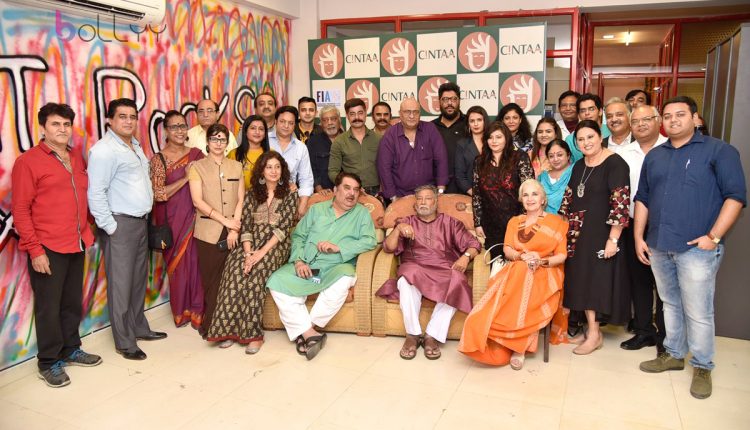 CINTAA taking the life-changing step for actors in Nation’s Capital!

CINTAA (Cine & TV Artistes’ Association), the oldest artist association in India, recently organized a press conference at the Hotel Royal Plaza in Delhi. As the association is all set to change the history by encouraging and nurturing acting talent in Capital and looking after the welfare of actors by opening its new office in Delhi.

CINTAA is an organization looking after the welfare of over 8000 actors working in the Media and entertainment in the Hindi Film Industry. The association is now expanding its reach due to the large number of shootings happening all over North India, particularly the Delhi NCR sector. Vikram Gokhle (president of CINTAA) has now joined hands with GIANT ROCKET MEDIA & ENTERTAINMENT and opens its branch office at the premises of GAME in Okhla. Shri Suneel Sinha have already visited the Delhi premises and decided to proceed with this handshake. Shri Sushant Singh announced this new expansion plan at the CINTAA AGM in May, which received a warm approval from all the members of association.

CINTAA members work in many other languages in India and abroad. Siddharth Sikka – CEO (GIANT’s), Sahiba Sikka (Director – GIANT’s) and Sr. Joint Secretary Shri Amit Behl for initiating this announced its new idea and received a warm approval from all the members.

FYI TV 18 brings to you ‘The Baker Sisters’!