It seems that 2018 is a remake and biopic year for Bachchan family, as we earlier reported that Abhishek Bachchan is all set to play the poet-lyricist Sahir Ludhianvi in a biopic to be produced by Sanjay Leela Bhansali. Now his wife Aishwarya Rai Bachchan will also play the legendary Nargis’ character in a film produced by Prerna Aroraa.

Yes, you read that right Aishwarya is stepping into Nargis Dutt’s shoes in the remake of the 1969 black-and-white classic Raat Aur Din. In the film, Nargis’ character Varuna suffers from a multiple personality disorder. During the day, she is Varuna, a humble homemaker but by night, she transforms into the mysterious Peggy. The movie also starred Pradeep Kumar and Feroz Khan and was directed by Satyen Bose. This time, the remake will be helmed by Siddharth Anand. 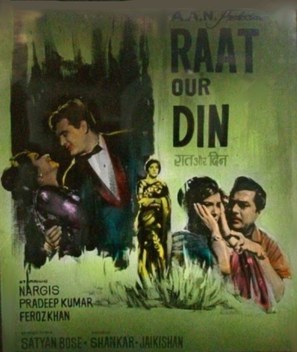 According to a leading entertainment portal, producer Prerna Arora said, “It’s too early to talk about this project. But yes, I’d like to say it would be a tremendous challenge for Aishwarya to play a role for which Nargisji is remembered to this day. Let’s not forget, Raat Aur Din was Nargisji’s swan song. She never returned to acting after this film. Her fans still remember her in this film. It’s her most iconic role after Mother India. And I’m proud to be associated with this  film.”

On the work front,  Aishwarya has recently wrapped up Rakeysh Omprakash Mehra’s musical comedy Fanne Khan. She will be seen romancing the talent house, Rajkumar Rao in the film, which also features Anil Kapoor in the lead.

Directed by Satyen Bose, Raat Aur Din got Nargis the National Award for Best Actress. What do you think about Aishwarya to Reprise Nargis’ Role in the remake of Raat Aur Din? Post your views in the comments section below.

THESE ARE THE 6 MOST BEAUTIFUL BRIDES OF 2017