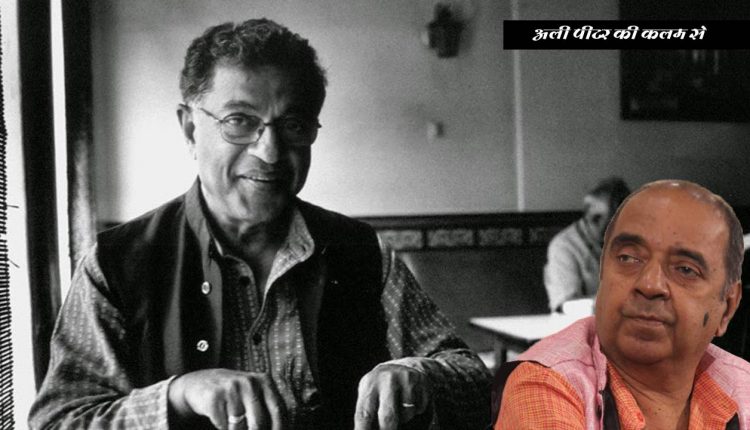 It seemed like the shadow of death was chasing him during the last one year. It was at the last International Film Festival in Goa that the social media played mischief when a certain channel carried the doctored version of a ghastly accident he had met with in Goa even while the Festival was on. The images screened showed his body in a highly mangled and mutilated form. The news spread very fast till it had to be“killed”as there was absolutely no truth in it….

Just about two months ago, a friend from Bengaluru called to tell me that he was very critical and was admitted to one of the leading hospitals in the city of Bengaluru and the friend also said that he stood no chance of surviving. And before the information he kept handing down to me, he called me to tell me that he had depended on all the wrong sources to give me the information and that all was well with Girish Karnad and he would be out in a few days…. 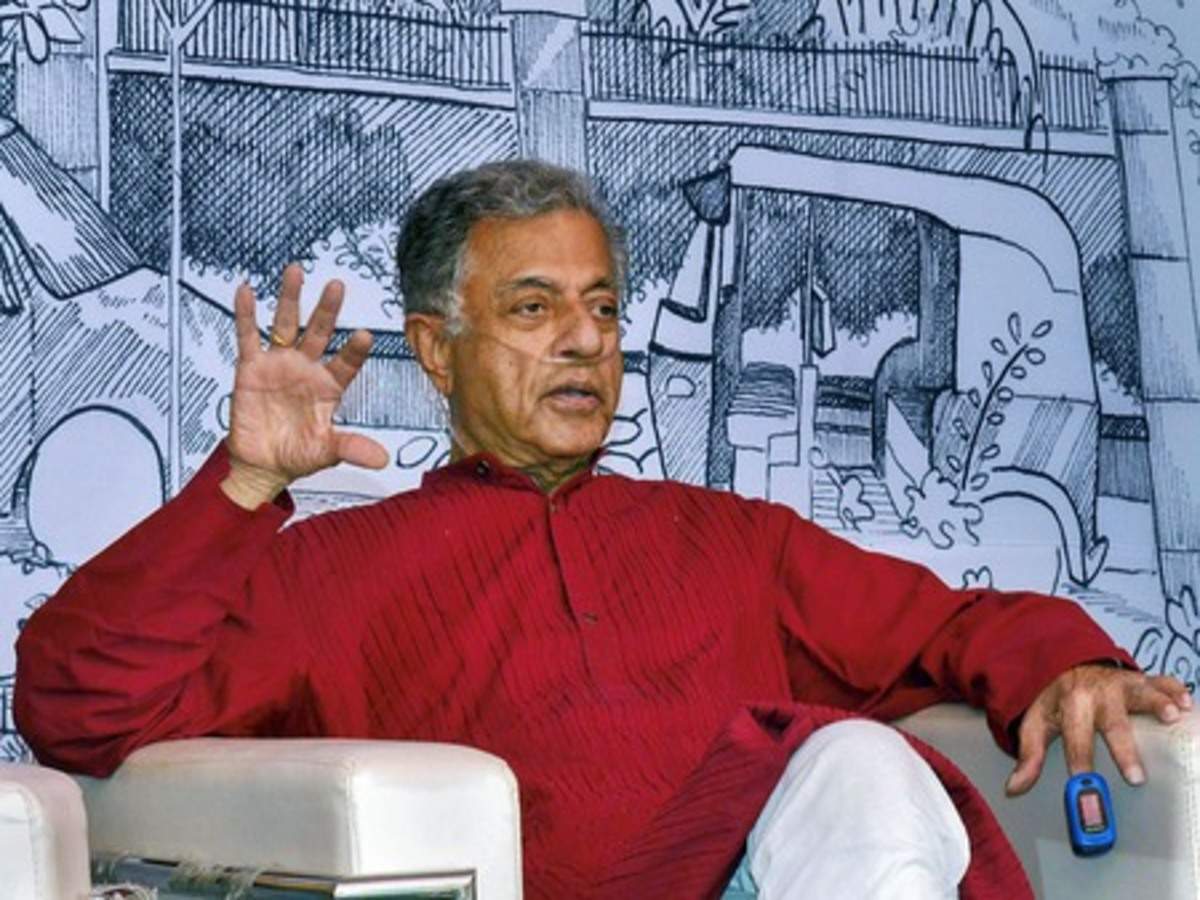 The friend was partially right when he told me about Girish Karnad being admitted to hospital, but he was totally wrong when he said that Girish would be out of hospital in a few days, because Girish never came out as he had died in the same hospital on the morning of June 10……

It was only on June 9 that I happened to see a well made documentary on his life and his massive body of work in the fields of theatre, literature, drama, films and television, besides the various prestigious administrative posts he held…..

It was while watching the documentary that I had made up my mind that I would see it again the next day, but the first thing that I saw on my mobile was the news that Girish Karnad, one of the last genuine geniuses of the country had left not only the country but the world for good…. 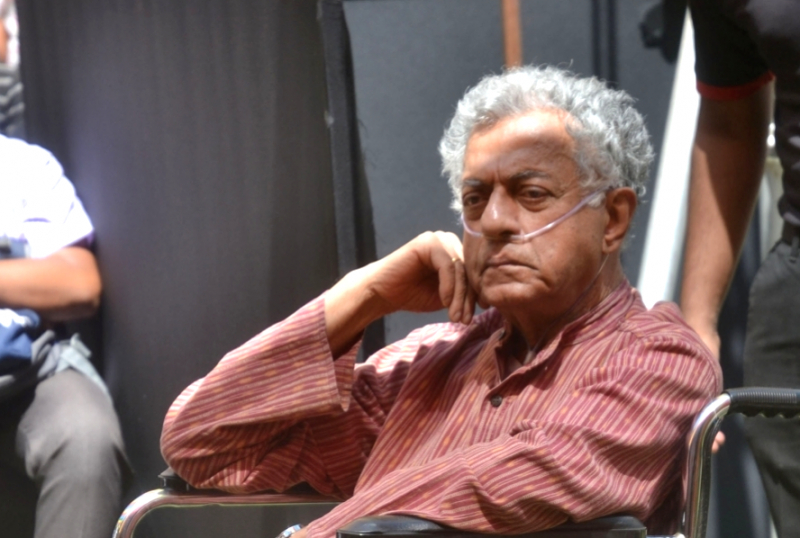 I had first met him when he was doing what I felt was a horrible film called“Divorce”in which the only other saving grace was Sharmila Tagore and I kept wondering why these two great actors were wasting their time on a film which had no past, present or future and it was while I was thinking on these lines that Girish told me that it was sometimes necessary to do things only for the money, because money was the power that finally made the world go round. In later years, I saw the same genius of a man doing out and out commercial films like “Man Pasand”,“Pukar”,“Ek Tha Tiger”,“Tiger Zinda Hai”and the only sensible film he did were the films of Nagesh Kukunoor which started with a great film like “Iqbal”and ended with films like “Tasveer 24×7″…. 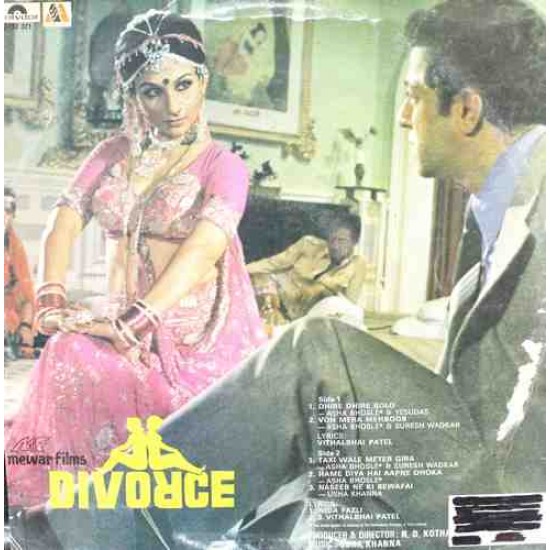 This was an entirely different Girish Karnad. The real story of Girish is best remembered in the way he told it to me during one of his few visits to Mumbai. I find the story of his parents planning to abort him when his mother was two months pregnant with him. He told me how he felt totally stunned and silenced when he heard this story as he wonderd of all that had happened to him would have happened if he was aborted and he also said that he had asked his another why they had decided to abort him when they had another daughter after him, but the debate ended there only to erupt again when he told his children about the abortion story and how they felt totally lost and could not imagine living in a world where there was no Girish Karnad…. 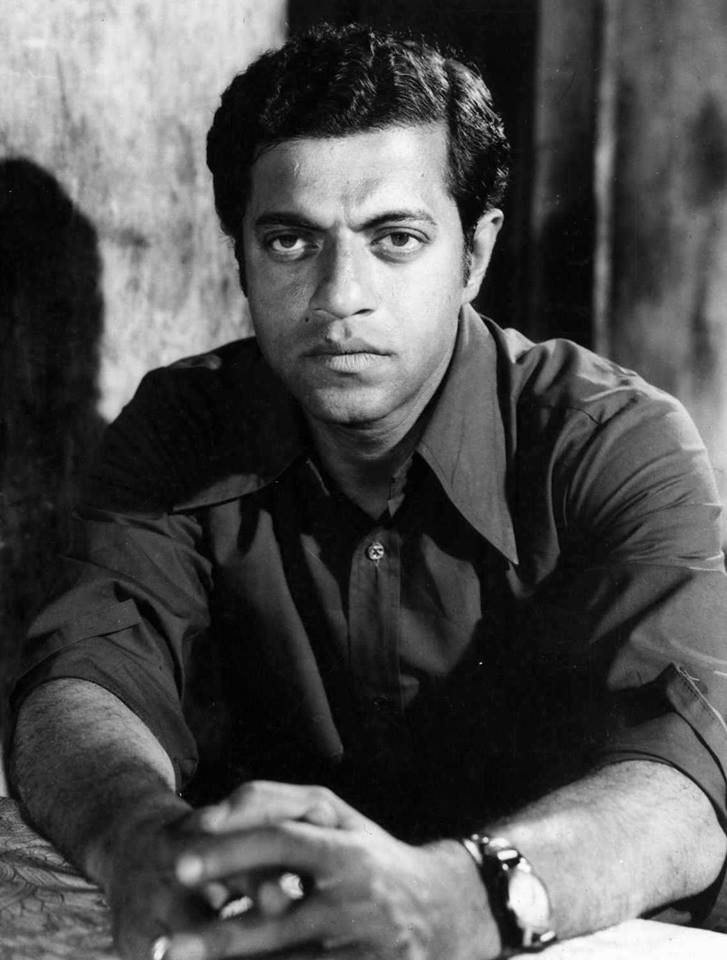 Girish also told me about his ‘affair’ with Mathematics. He was an‘arts’man who had no interest in Mathematics, but he wanted to go to London for higher studies and they required at least seventy percent of marks and Girish knew that he could not get those marks in English Literature, History or any other non-scoring subjects and Mathematics was his only way out. He put his whole heart and mind into studying the difficult subject and got the highest percentage in the state and even stood first, which opened the doors to the world for him. It was also Mathematics that got him the prestigious Rhodes scholarship and other scholarships which left him free to follow his passion and lessened the burden of his parents who world not have afforded to send him abroad for higher studies. He ended up being the president of the Oxford Students Union which was the beginning of a bright future for the young man who was eager and confident to win in a world he wanted to win in….. 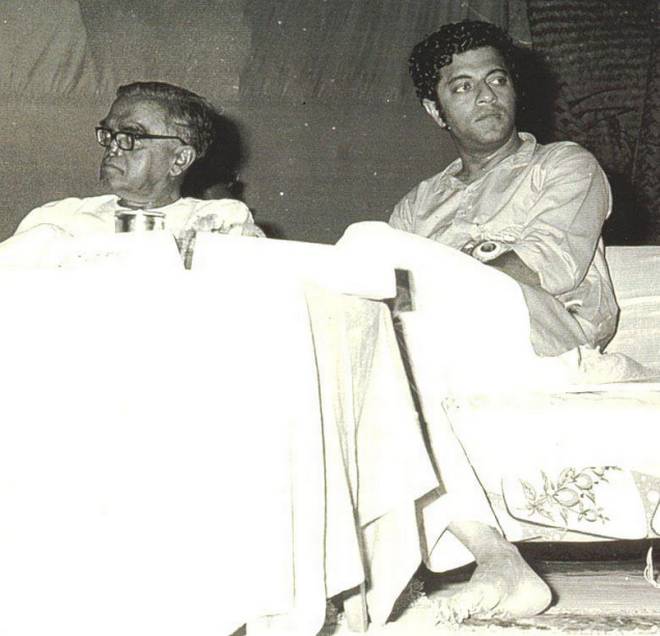 He came back to Bengaluru, he read all the classics, especially the Puranas, the Mahabharat and the Ramayan which were to help him in interpreting the different character according to the changing times. Within a short time, he was considered a giant in theatre and in the class of B.V Karanth, Vijay Tendulkar, Mohan Rakesh and other such masters of theatre in the sixties and seventies…..

His multi-faceted talent as a writer, director, poet and an actor inspired him to bring out the best in him and his best of plays not only spoke volumes for his talent, but also got him the Padmashri, the Padmabhushan and the Jnanpeeth Award which is considered the highest literary award in India. 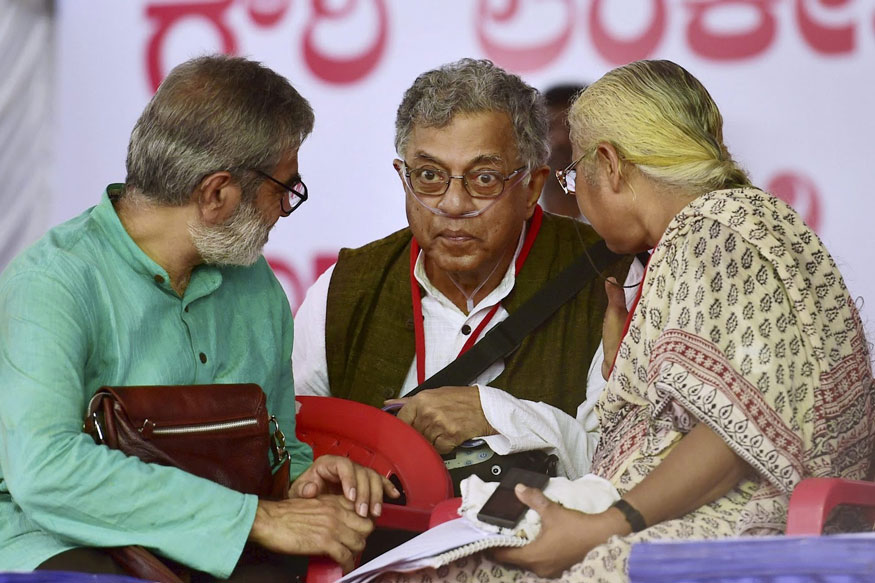 Karnad was also an outspoken man and will always be remembered for the controversies he raised, especially when he lambasted a leading literary organisation for honouring the immigrant writer, V.S Naipaul and moreover for his statement in which he called Rabindranath Tagore an‘overrated and mediocre poet’.

Karnad will be remembered for many of his contributions, but his best will be always be the number of good actors he gave to Indian theatre and cinema.

He will also be remembered for the films he acted in and directed in Hindi and among them areHe made his directorial debut with“Vamsha Vriksha”, based on a Kannada novel by S. L. Bhyrappa. It won him National Film Award for Best Direction along with B. V. Karanth, who co-directed the film. Later, Karnad directed several movies in Kannada and Hindi, including“Godhuli” and“Utsav”. Karnad has made number of documentaries, like one on the Kannada poet D. R. Bendre, “Kanaka-Purandara” on two medieval Bhakti poets of Karnataka, Kanaka Dasa and Purandara Dasa, and The Lamp in the“Niche” on Sufism and the Bhakti movement. Many of his films and documentaries have won several national and international awards. 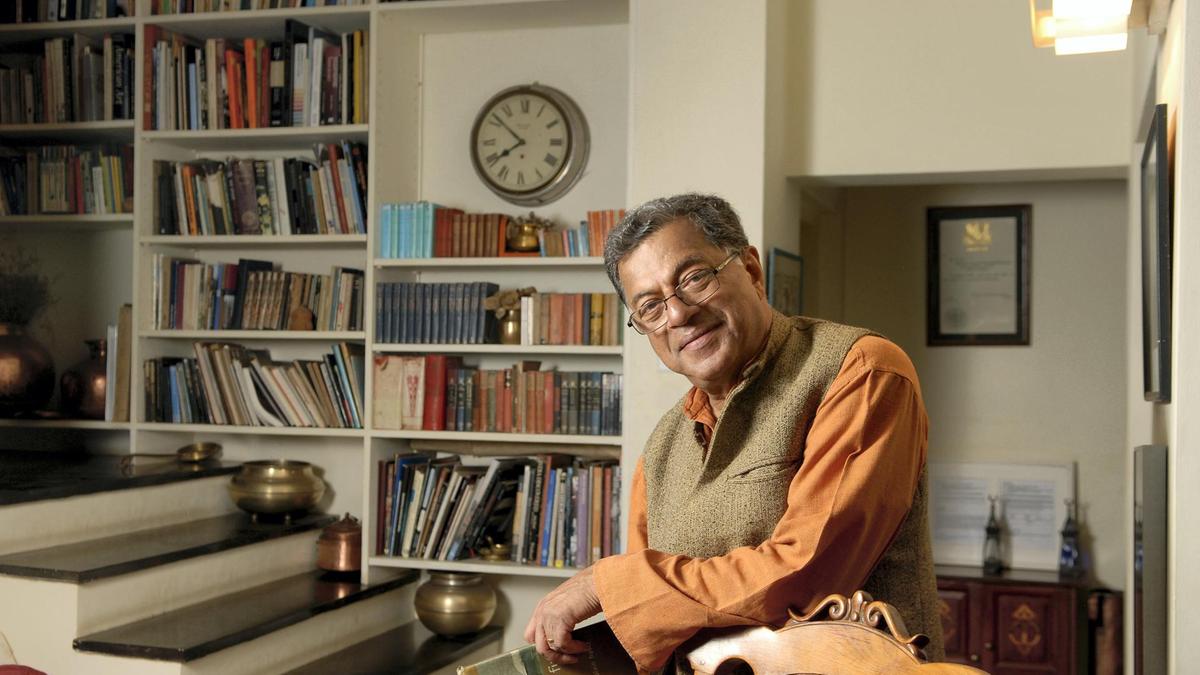 A genius like him would be incomplete without his passion for perfection, which could be seen even in the most minute details of his writing, his poetry, his plays and his films of which the most classic examples is the Hindi film, “Utsav”which he directed for Shashi Kapoor who was known as the messiah of art or parallel cinema. He made Rekha play the role of a lifetime in the film, but he also made her strip to the bare minimum and only got her dressed up in the most exotic costumes which he said he had to have in pure gold for the character of Vasantsena played by Rekha. The budget of the film sky-rocketed till Shashi Kapoor almost went bankrupt and made sure that “Utsav”was his last film in his effort to give parallel cinema a new life. It was after the disaster of “Utsav”at the box-office that Shashi Kapoor made what is called his most hard-hitting statement. He had said, “inn salle daadivallon ne ek garib Shashi Kapoor ko barbaad kar diya”.

Girish Karnad like most geniuses and original thinkers will always have his share of critics, but the number of his admirers will always out-beat his critics. His work and his major contribution has made sure of it.

After Priyanka Chopra, Evelyn Sharma To Become Bubli Of Bollywood