What is an actor like Dalip Tahil doing at the unveiling of the teaser of Viacom 18 Motion Pictures latest offering Bhai Vyakti Ki Valli, the first ever biopic in Marathi of the popular late illustrious writer-singer-playwright-actor-singer-music director-director Pu. La. Deshpande? I wondered when I bumped into the veteran actor at the Blue Sea in Worli. Dalip Tahil told me that Mahesh Manjrekar who has directed the film had approached him with the request to play the role of the late Prime Minister of India Jawaharlal Nehru and he just could not say no to him and this was his maiden foray in his career as an actor in a Marathi film. “I did just a scene with Sagar Deshmukh, who plays the role of Pu La Deshpande where I suggest to him that they should call All India Radio as Prakashvani instead of Akashvani but I am told that it had already been officially christened as Akashvani and nothing could be done to change that.” 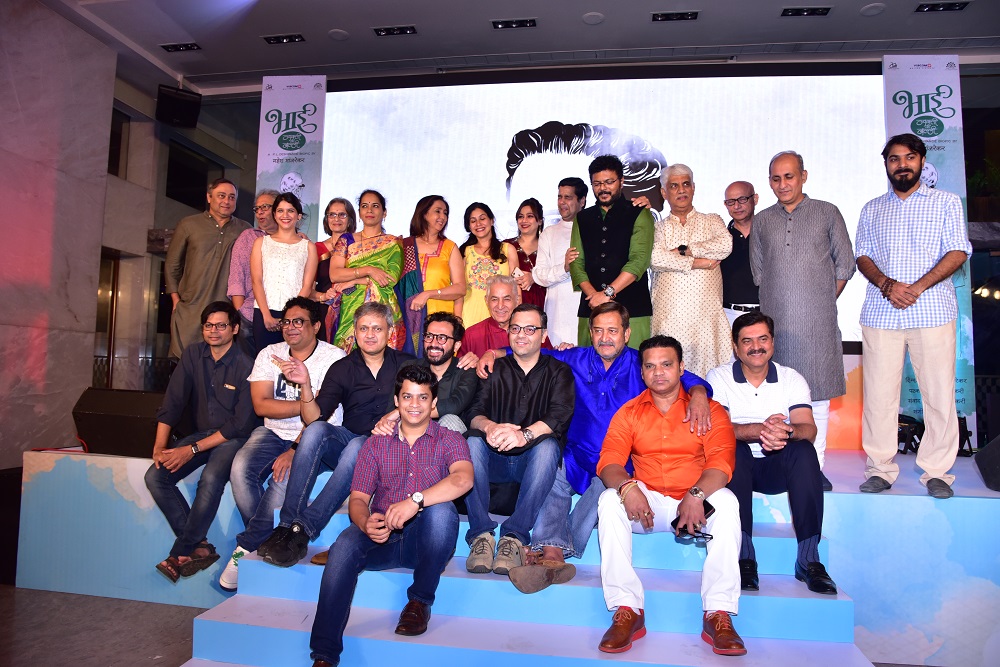 Present at the unveiling of the teaser of the film besides Dalip Tahil were Nikhil Sane, who heads the Marathi Entertainment wing of Viacom 18 Motion Pictures, Mahesh Manjrekar, Shivaji Satam, Sachin Khedekar, Pooja Sawant, Sunil Barve, Priya Bapat, Ankush Chaudhary, Abhijeet Deshpande, Neena Kulkarni, Sagar Deshmukh, Iravati Harshe etc. Though several of his subjects have been translated into films by various filmmakers, this is for the first time that an attempt has made to make a biopic on him. Sagar Deshmukh plays the role of Pu La Deshpande while Iravati Harshe plays his wife Sunita Deshpande in the film, which has journalist Ganesh Matkari as the screenplay writer and Ratnakar Matkari as the dialogue writer. Ajit Parab is the music director for the film.

ALTBalaji – MX Player’s Cartel Trailer: The Game of Power and Revenge that rules the…

Shlokka Pandit takes to meditation and enrolls in a course