On the Friday (August 15,1975)“Sholay” was released, there was silence and even darkness during day for the unit of Sippy Films, the banner under which the film was made and Ramesh Sippy, the director had decided not to take any calls – Ali Peter John

“Sholey” was declared a flop and a B-grade stunt film by the leaders of the industry and the critics had wished it off.

Some leading editors of trade papers had predicted doomsday of the film and all the stars were in a state of shock.

But, the one man who could literally feel the ground shaking under his feet was Amjad Khan who was making his controversial debut in the film, controversial because he was selected to play Gabbar Singh after leading actress like Shatrughan Sinha and Danny Dangzonpa had turned down the offers.

Amjad was Ramesh Sippy’s choice because he had known him as a good actor on stage. Amjad had no other major experience except for playing a junior artist (a black slave in K.A Asif’s jinxed film, “Love and God”) and was one of the many nameless assistants of K.A Abbas. 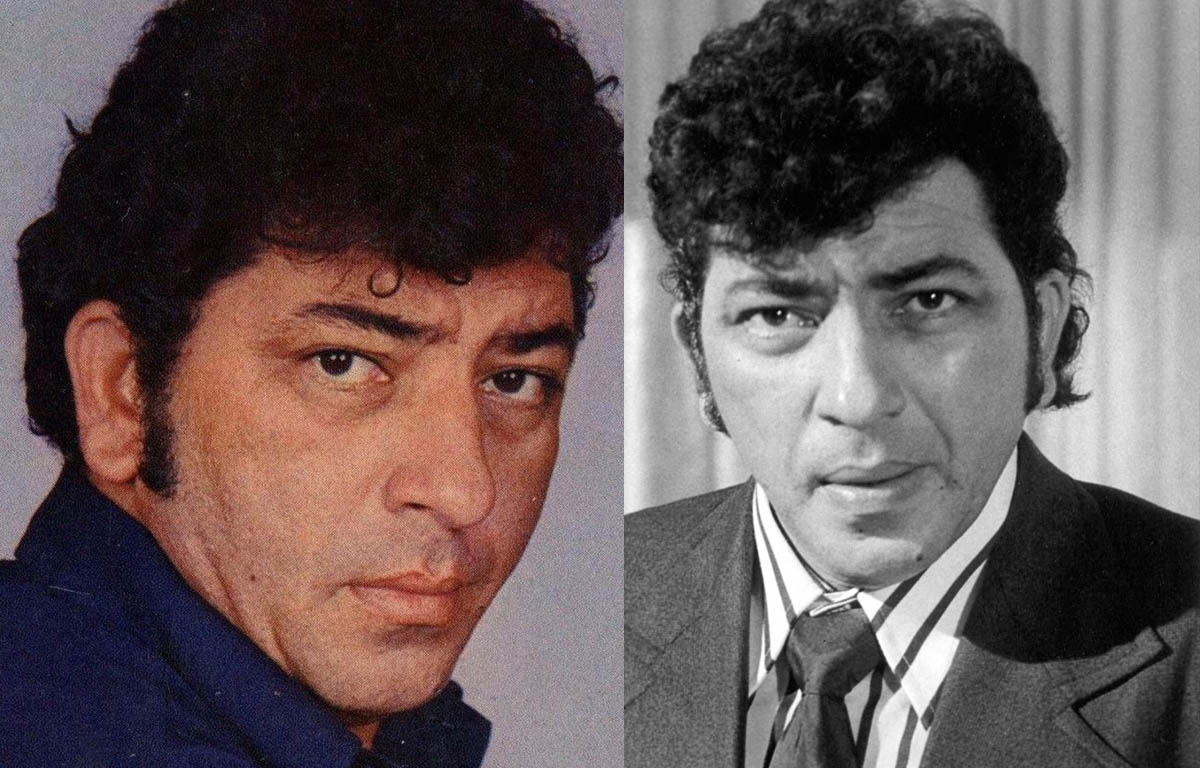 He was almost in the verge of going into a state of depression after seeing the state of the film and especially after the ruthless comments passed against him by one and all. Strangely, there was no one who had anything good to say about his performance as Gabbar Singh.

He was only mocked at and made fun of and was considered the strongest weak points of the film. But, destiny or fate or prayers had something else in store for him and the film.

“Sholey” picked up from the third day and then there was no stopping it till it completed a five year non-stop run at the Minerva theatre in Bombay and in many other centres in India and even abroad and Gabbar Singh was the new ‘hero’.

His way of dressing, his chewing of tobacco and spitting before speaking a line and the way he gave expression to some of the wildest feelings, all became a part of a cult figure who was going to be a memorable part of history and the most popular and lovable villains in the history of Indian Cinema.

He was the new star on the horizon and was more popular than all the ruling heroes, including his best friend, Amitabh Bachchan.

For the next few years, there was no film which didn’t have ‘and Amjad Khan’ in the credit titles and he was also one of the highest paid actors.

He was on cloud nine, but he had one major regret. He wanted his father, Jayant (Zacharia Khan) one of the most handsome and yet ferocious villains of the fifties and sixties and who Amjad firmly believed was a far better actor than Dilip Kumar.

His wish however couldn’t be fulfilled as Jayant died exactly a month before “Sholey” was released, he died of cancer.

In less than two years, Amjad had signed more than two hundred films and he was a part of all the big films as a villain and was even good as a comedian and an actor who could play any kind of role beside the roles he was typecast in.

He was also the hero of films like “Dada”,“Commander” and “Pyara Dushman” and his off-beat roles in films like “Love Story” and Feroz Khan’s “Qurbaani” in which he outshone both Feroz Khan and Vinod Khanna. The March of the one-man army continued unabated.

He was shooting with Amitabh Bachchan and Zeenat Aman for “The Great Gambler” in Goa. One evening, the two friends, Amitabh and Amjad decided to go for a drive.

Amjad was at the wheel of the black Mercedes. He suddenly lost control over the brakes and the car crashed.

There was no injury on Amitabh’s body, but the steering had pierced the chest of Amjad. He was rushed to the Goa Medical College and Amitabh kept crying and howling all the time.

The doctors in Goa threw up their hands in despair and advised Amjad to be taken to one of the best hospitals in Bombay. 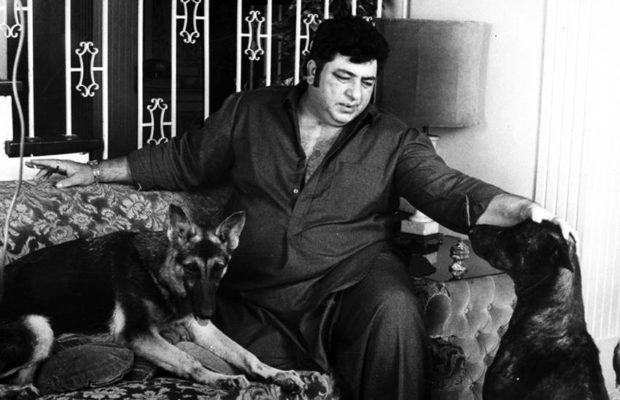 The Nanavati Hospital was the family hospital for Amjad’s family and when he gained some conciousness, he asked his family and friends not to move him out of Nanavati even in the most critical circumstances.

He was forced to lie at the hospital for almost six months and there were filmmakers who dropped him or cut down his roles, but there was also a filmmaker like the great Satyajit Ray who was making his first film in Hindi, “Shataranj Ke Khiladi” with Amjad in a stellar role.

Ray showed how much confidence he had in Amjad’s talent when he preferred to wait till Amjad was completely cured to start shooting his film again.

The long stay in hospital and the many surgical operations and the medication he had to undergo put him in a big problem when the overdose of steroids led to his putting on ungainly weight, so much that he could get into a Mercedes and had to travel in a large jeep or an Ambassador car and had to book two tickets whenever he had to take a flight. 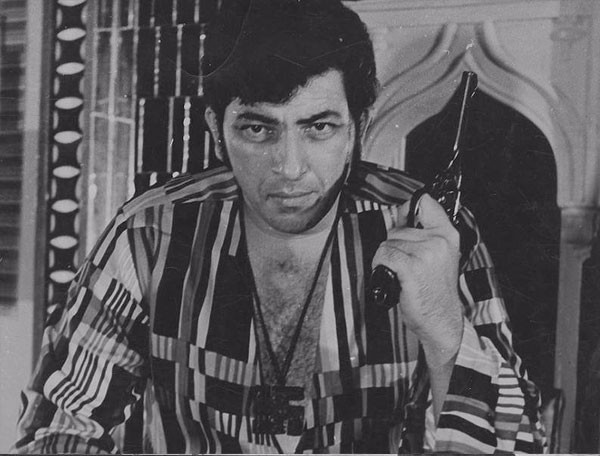 There were people in the mystery who were concerned and there were others who made fun of his physical appearance.

He continued to shoot and when he was sick of answering too many questions about how everything had happened, he one day drove into the Natraj Studios with a placard around his neck in which he had written the complete story about his accent and its aftermath.

Amjad could be funny under the most cruel circumstances. He was once giving an interview to a woman editor who was quite overawed by his presence and he made the situation light when he started talking before the editor could start her interview and said, “I was born, yes I was really born” and that one line made the editor open up and he gave her one of the best interviews of her career.

The roles that used to come to him had been cut down and he decided to take to direction.

One morning, he was speaking at a seminar on film censorship in the presence of the then I&B Minister, the controversial Mr H.K.L Bhagat who used to wear dark glasses all the time.

Amjad who was always known for his outspoken views was lambasting the government for its policies towards the film industry when he abruptly stopped and looked at Mr Bhagat who was sitting next to him and he shouted out,“yeh government hamare liye kya karegi, yeh behare toh hai hi, ab maine dekha ki yeh sote hi rehte hai”.

He was commenting on the way Mr Bhagat was dozing off while he was speaking. Mr Bhagat gave him an angry look and that was the beginning of trouble for Amjad as a producer-director.

The two films he directed, “Police Chor” and “Ameer Aadmi Gareeb Aadmi” had to face serious censor problems as they were slashed drastically on the orders of Mr Bhagat and the films flopped miserably and the same Amjad who was the most highly educated man in the industry (he was a M.A first class in Philosophy from the Mumbai University) and who was always full of life showed signs of cracking and growing bitter.

But he never stopped being a good friend. I was seriously sick during this time and when he found out, he sent his car and his people to my house to take me to the same Nanavati Hospital where I received free treatment under his request.

It was at this time that I also had to take advantage of his goodness as a friend. A group of doctors in Chembur wanted him to be the chief guest at one of their annual functions and were after me to get him to agree.

I knew how busy he was and I also knew about his physical problems. But I took the name of God and had faith in the goodness of this rare friend. 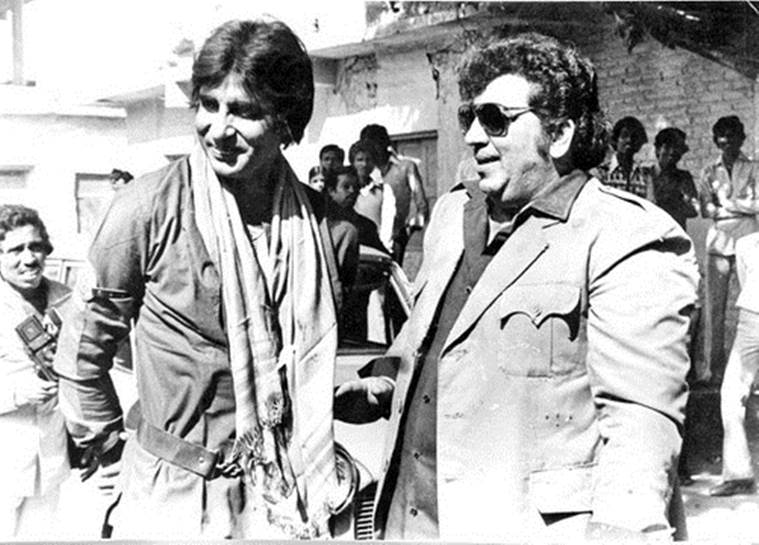 I asked the doctors to put his name on the invitation card without consulting him. The day of the function dawned.

I was nervous, there were the doctors who kept calling me to confirm his visit and there was my conscience playing havoc with me.

I however reached his house in Pali Hill and his wife Sehla told me that he had gone out and my heart almost went out.

I somehow found out that he was doing some patch work shooting at a Parsi bungalow at Bandstand.

That bungalow is the one which Yash Chopra got Shah Rukh Khan to buy at a cheap price and is ‘Mannat’ today.

I was willing to die when I told him about the dirty game I had played with him. But Amjad was Amjad.

He put his arm around me and said, “APJ, you are one of the best friends and what are friends for and what have you done? 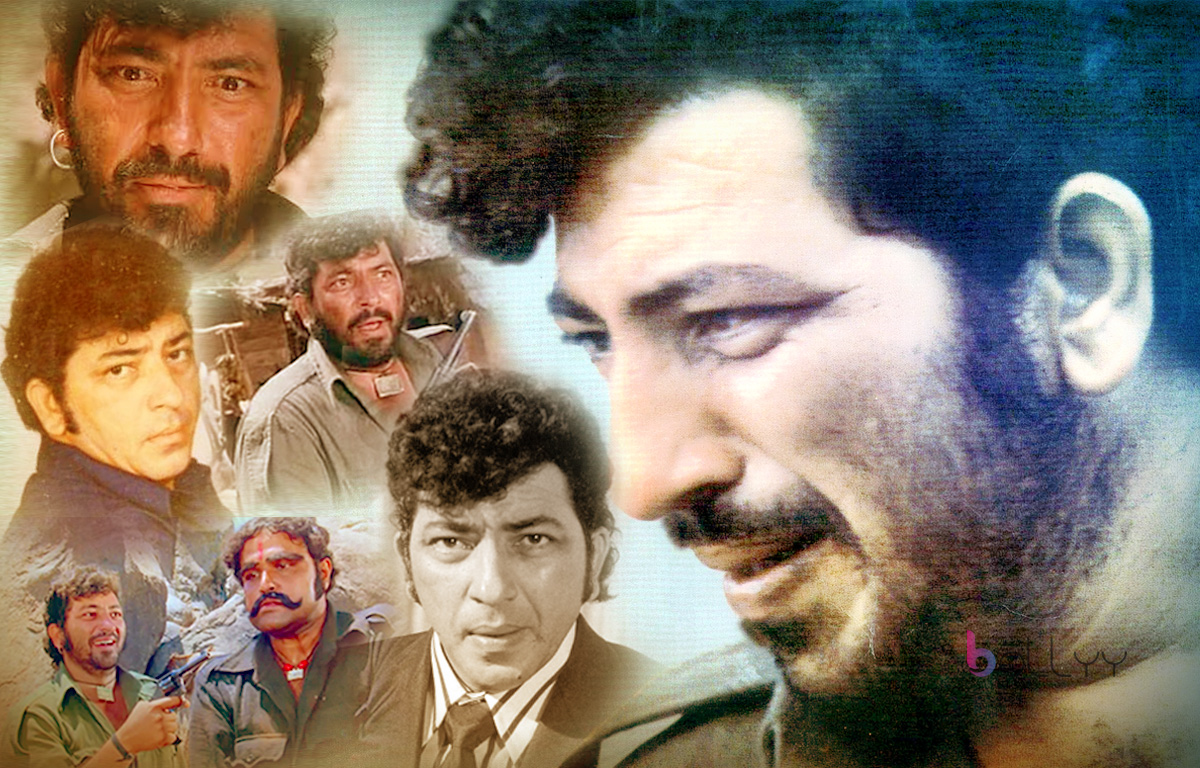 Have you tried to murder me or something? Chalo, lets go home and have some tea (Amjad had hundred glasses of tea in a day and had a special man called Ashok whose only job was to prepare his kind of tea as soon as he just said Ashok).

We then had a long drive all the way to Burma Shell which was on a hill in Chembur. He made a very expiry and illuminating speech which the doctors loved and wanted him to stay on, but he said he had the responsibility of dropping me home, a statement that came to me as a big surprise and gave me a sigh of relief.

On the way to my house, he told me how some of his best friends were him down as he was of no use to them because he was not the same Amjad after the accident.

A week later, he asked me to come home for lunch to his bungalow. I reached in time, but lunch was not served till 4:30 pm which was tea time for the world, but the food that was served on a huge mat on which we both sat was a feast to die for.

It was during this long lunch session that he told me about all his bitter experiences especially the ones he had with his secretary who he had taken on to do him a favour and who had worked with him for seventeen years.

The next morning the telephone on my table rang and the voice on the other side said, “Amjad is dead”.

I rushed to his bungalow as if I didn’t believe in the man who gave me that nasty shock, I rushed as if I could go and touch him and bring him back to life and in my rush, my hand banged against a tall man who was having his brisk morning walk and it really hurt and believe me, it still hurts as if to remind me that there was an Amjad Khan who was best known as Gabbar Singh but was much more than was made of him and there could never be another Amjad Khan or a Gabbar Singh again or ever.