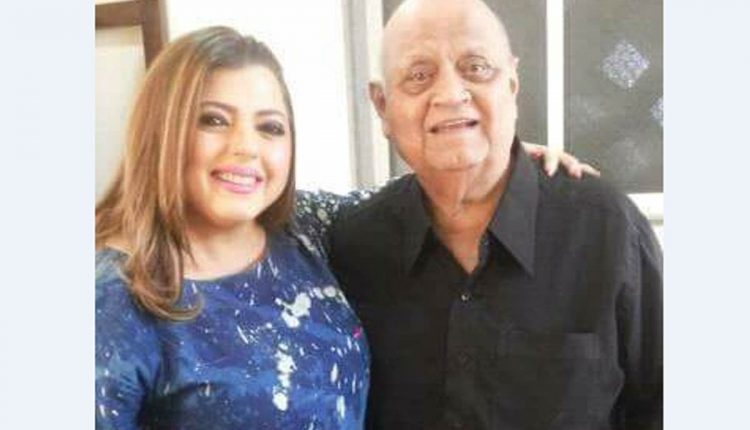 Delnaaz Irani’s mentor actor Dinyar Contractor passed away on Wednesday (5th June 2019). Reminiscing the days she spent with him, the actor says, “I have fond memories of me, of our dear ‘Dinsu’ because he was very fond of food. He was a lovely man full of joy and laughter. And someone who would keep joking all the time. He was also very protective of his artists. We had done some wonderful plays together. My last one with was in 2017, I did a play called ‘Powerful Couple’. He acted with me on the stage just 2 years back. So, I have a long journey with my mentor and whatever today I am on the stage, that is because of him.The actor shared the stage with Dinyar in plays such as ‘I do, I don’t’, ‘Hotel Motel Patel’. They were also seen in some films such as ‘Yes Boss’ and ‘Hum Sab Baarati’.Delnaaz and Dinyar go way back! “I was in my 10th standard and was just 16 years old. He had come as the chief guest at an elocution competition. And I won that contest and he asked me, ‘Will you be interested in doing stage?’ to which my mother replied, ‘No, Dinyar my daughter is studying in the 10th standard, we will talk about it once she completes her 12th’. But even after that Dinyar uncle kept asking me when I was in my college. And at the age of 18, I did my first play with Dinyar uncle called ‘kitty kitty Bang Bang’ where there was ‘Rohini Hattangadi’ Ji and Anant Mahadevan, and he actually introduced me to the world of theatre. And he taught me everything, right from, how to stand on stage, how to modulate, how to project yourself,” she says.

Sourav Ganguly Makes A Promise To His Fans On My11circle #Dadakavaada