Priyanka Chopra was in news for her connections with Nick Jonas when the actor bonded with Nick at MET Gala 2017. And now once again Priyanka is news for the same. PeeCee was spotted with Nick catching a soccer match at Los Angeles Dodgers Stadium in Los Angeles. It was not just limited to that as they both continued to have a cozy time which seemed very much like a date night when Priyanka and Nick continued their bonding session on a yacht with friends.

Priyanka and Nick were seen sharing same quilt and it looked like they both were having a great quality time with each other.

Earlier in an interview with Jimmy Kimmel, PeeCee talked about all the rumours about her and Jonas and said, “Yeah, we were on the same table and we already know each other. So he was like ‘Hey, you wanna go together?’ And I was like yeah, OK, let’s go together. It ended up working out.” Kimmel refused to buy Priyanka’s story and teased the actress, “You know when one day you become the director of FBI, you will be subjected to a polygraph test. And I am gonna make sure they are all Nick Jonas related questions.”

Check out the video and pic below

@priyankachopra and @nickjonas at the #Dodgers game today. ? pic.twitter.com/3J91P9phzq 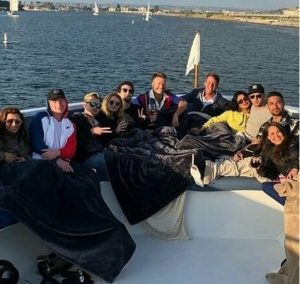 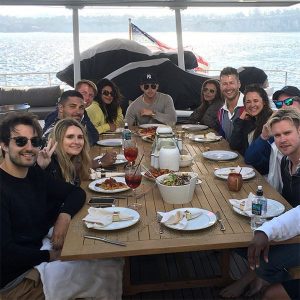 SANJU TRAILER REVIEW : HE WAS A BAD MAN BUT NOT A TERRORIST