Dev Anand who would have been ninety-five on September 26th had a very unique way of discovering talent and seeing his predictions for them come true and their turning into his very big fans. There were other stars with whom he had never worked and had nothing to do who were also crazy fans of Dev Sahab as he came to be known all over the industry.

The story about how he saw Guru Dutt as a future director when he was only the choreographer of Dev Sahab’s first film as a hero, “Hum Ek hain” is quite popular now because that choreographer went on to become Guru Dutt, one of the greatest directors of Indian cinema.

Dev had the knack of attracting people who mattered even when he was a struggling actor. He was walking on one of the platforms at Churchgate station when director Shahid Lateef and his writer-wife Ismat Chugtai who was a big name because of her controversial writing, especially her short stories. The couple called out to Dev and asked him if he was interested in acting. Dev said he had already acted in “Hum Ek hain”. They asked him to come to Bombay Talkies in Malad the next morning. Dev went, he was liked by Ashok Kumar and Devika Rani who were running Bombay Talkies and within minutes Dev was selected to play the hero in “Ziddi”, a film made by Bombay Talkies and then there was no looking back for Dev who founded Navketan, his own company under which he made “Baazi” as the first film with Guru Dutt as the director. He had kept the promise he had made to Guru Dutt. 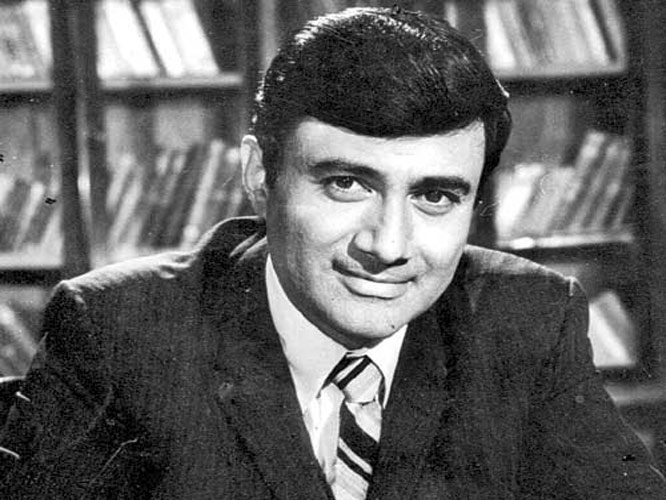 He was now a star on the way to be a legend. He once saw a handsome young man standing in the crowd to have a look at him. Dev called out to the man and asked him not to waste his time because he was destined to be a star. That man was Dharmendra who has never forgotten the gesture shown by Dev. At around the same time, he met Balraj Dutt, another handsome man who was working for Radio Ceylon as an announcer. Dev told him to try his luck in films as an actor and he became Sunil Dutt who always looked on Dev as his godfather.

Dev had worked with several heroines with Nutan leading them all by doing seven films with him. Suraiya also did seven films with him and would have married him if there was no conflict about caste, Dev was a hindu and Suraiya was a Muslim. On the rebound, Dev had a quick marriage with Kalpana Kartik his other popular heroine. Among the other heroines he worked with were Madhubala, Meena Kumari, Sadhana, Nanda, Mumtaz, Hema Malini, Waheeda Rehman, Vyjayanthimala, Tanuja, Simi, Rakhee and Zeenat Aman. Not one of them had anything nasty or negative to say about him. They all called him a gentleman hero. In fact, Hema Malini and Rakhee performed poojas for him on his birthday and on the day his new film was released. Dev also introduced Farah and her sister Tabu to films and Tabu grew up to be the major star-actress she is today.

Among the directors who started with his blessings and became leading directors were his younger brother, Vijay Anand who he gave his first break as a writer and director when he was only nineteen years old and Raj Khosla who were indebted to Dev till the end of their careers. 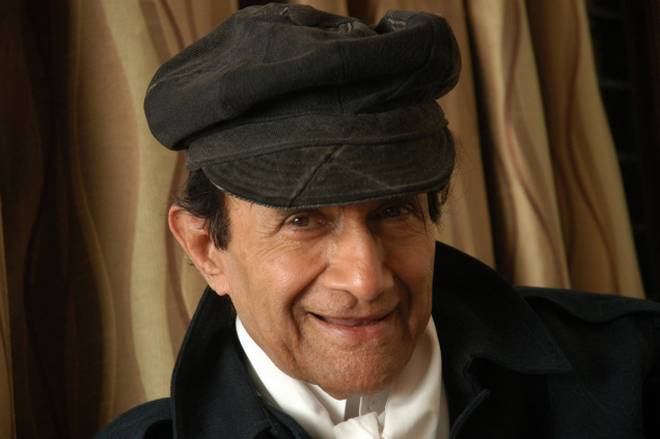 Dev had his favourite singers like Lata Mangeshkar, Asha Bhosle, Mohammad Rafi and Kishore Kumar. Lata and Asha stopped charging him any price for their work towards the end of his career. They were happy if he just paid them one rupee. Kishore Kumar was very insecure when Dev did not consider him for a song. Dev was recording a song with the new singer Abhijeet for a film called “Anand Aur Anand” to launch his son Suniel. When Kishore came to know about it he drove down to Film Center where Abhijeet was singing and fell at Dev’s feet and asked him not to throw him out. When Dev told him it was a song for his son, Kishore asked him to take his singer son, Amit Kumar, but Dev had already taken a decision and Kishore cried like a child all the way home.

Nana Patekar was dubbing at Dev’s Anand Recording Studio. I asked him if he had ever met Dev Sahab. He said no and with his hands folded, he asked me to take him to Dev. I took Nana to meet Dev and he just sat at Dev’s feet and cried for fifteen minutes without saying a word. He couldn’t believe that his dream had come true.

Naseeruddin Shah was a die-hard fan of Dev when he was in school and college. Finally when he did work with Dev Sahab in two films, “Swami Dada” and “Sau Crore”, he did not charged any money from him. I was in Madras with Dev Sahab when both Kamal Hassan and Rajnikanth called me and requested him to get an appointment with Dev. Kamal’s meeting was more to pay his respect to Dev, but Rajni sat looking at Dev for almost thirty minutes. He came to the function organised to honour Dev Sahab without any invitation.  The crowd was not so enthusiastic when they saw Dev on stage but when they saw Rajni walking up to the stage and touches Dev’s feet, they couldn’t believe how  the god could worship another god and Dev became a bigger god for them.

Before leaving Madras, Dev wanted to pay a visit to the house of Sivaji Ganesan and Sivaji had prepared a feast for Dev without knowing that Dev had dinner only. Sivaji kept calling him “young boy, young boy”.

At the function organised to present Dev Sahab with the Dada Saheb Phalke Award, the then I&B Minister Ravi Shankar Prasad said the moment when he signed the notification declaring Dev as the winner, he said, ­­­was the greatest moment in his life. 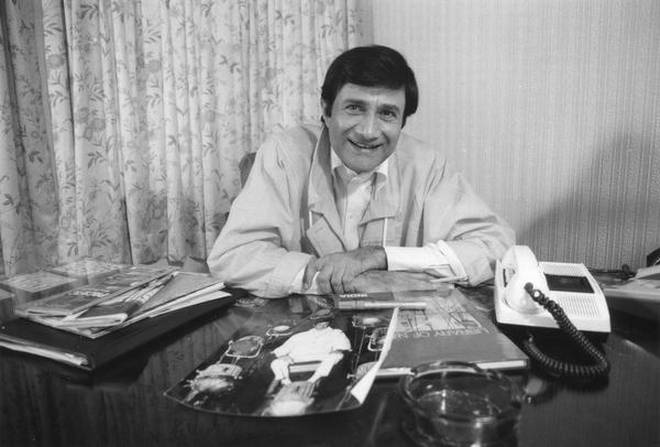 The award was to be presented by President APJ Abdul Kalam who openly said that he was an unabashed fan of Dev and when Dev walked up to receive the award in his typical corduroy jeans, a colourful shirt, a scarf and his well-known “Jewel Thief” cap waving to the crowd, there was thunderous applause from the fact with celebrities Vigyan Dhawan. But what surprised one and all was the way President Kalam broke protocol and kept standing and clapping for Dev Eternal Anand till the last clap went silent.

The first Prime Minister of India, Pandit Jawaharlal Nehru loved all the three legends, Dilip Kumar, Raj Kapoor and Dev, but he is said to have told a close friend that meeting Dev Anand was a great joy for him.