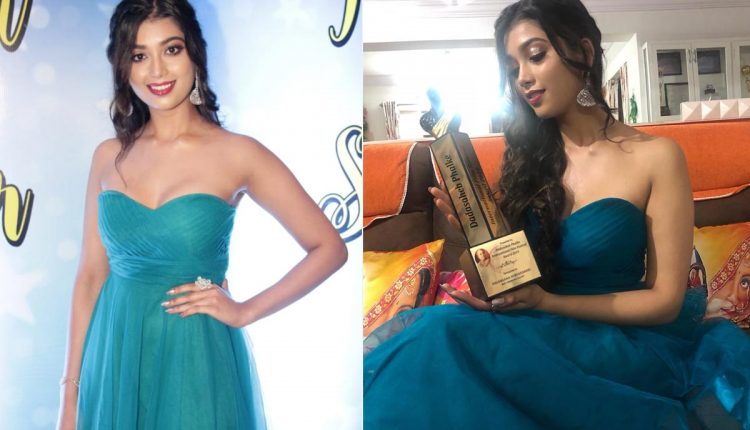 Digangana Suryavanshi : Dada Saheb Phalke Award Feels Like Been Acknowledged By Grandpa In The Family!

The “Dada Saheb Phalke Award”, for lifetime contribution to cinema, was instituted in his honour by the Government of India in 1969. This is one of the most prestigious awards in “Indian cinema” and is the highest official recognition for film personalities in the country and many of them are a part of  this and Digangana Suryavanshi is one of them. Dada Saheb Phalke awards is very precious to her as she receives best “Emerging talent award” for her immense work and contribution towards Hindi cinema. Her Bollywood debut with two movies which has released on the same day and had set a bench mark by her acting skills in the movie “Fryday” and “Jalebi”.

Digangana Says “I’m extremely grateful that I have the family, God has been kind and I try and work in my best capacity while I’m still always trying to take the notch up, Dada Saheb Phalke Award is extremely prestigious, feels like been acknowledged by grandpa in the family! I’m very thankful to the jury and everyone I’ve worked with for having faith in me, and for all that didn’t workout in the past has been God’s gracious lesson, All love “

Digangana’s showbiz journey began when she was just 7, debuting with the anthology TV series “Kya Hadsaa Kya Haqeeqat” as a child artist in 2002, and known from Star plus soap opera “Ek Veer Ki Ardaas…Veera” as a lead role, her performance in the series won Digangana a Star Parivar Award, besides earning her an Indian Telly Award nomination in 2014. Digangana has been focusing on her work since she was a kid and her focus still remains the same that’s the reason she is a successful women at this age.

In 2018 Digangana was seen in the movie opposite to The Legendary Actor Govinda in the movie Rangeela Raja and Fryday. Currently Digangana who is busy in shooting for her upcoming Telugu bilingual movie “Hippy” which is directed by TN Krishna and she will be playing the role opposite to the lead Tamil actor Kartikeya who got fame from ‘RX 100.

Jeetendra Wishes To See His Grandsons Perform On Super Dancer!

A Spooky Debut For Richa Pallod In &TV’s Laal Ishq

Actor Vineet Raina To Enter ‘Meri Gudiya’ In A Unique…