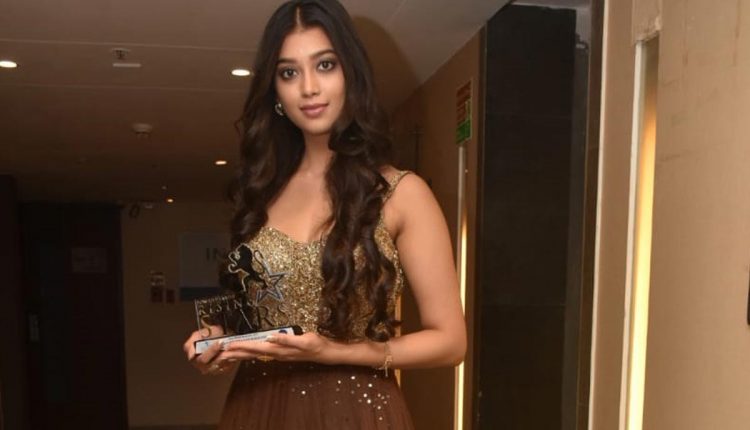 The stars are busy flying in an out of the city either for work or personal commitments, Digangana Suryavanshi seems to have a busy day, she was shooting for her Debut Tamil / Telugu movie in Hyderabad, and on the same day she took some time from her busy schedule and attended a prestigious Award show in Mumbai which was decided by a jury suppressing eminent Bollywood film Journalist, where she got the best Rising Star award, and after attending the show she took a flight to Hyderabad in the midnight, as she had to resume her shoot early in the morning by 6.30am, as its a Big Budget film so she understand’s her responsibility towards her work.

Digangana Suryavanshi teaming up for the first time with the South Star Kartikeya Gummakonda for the movie ‘Hippi’, which is produced by Kalaipuli S. Thanu.Apart from that she have done three back to back Bollywood movies like “Fryday” and “Rangeela Raja” opposite Govinda and  in “Jalebi” opposite the lead Varun Mitra.

Radio Is A Powerful Medium Of Journalism – World Radio Day

A Spooky Debut For Richa Pallod In &TV’s Laal Ishq

Actor Vineet Raina To Enter ‘Meri Gudiya’ In A Unique…