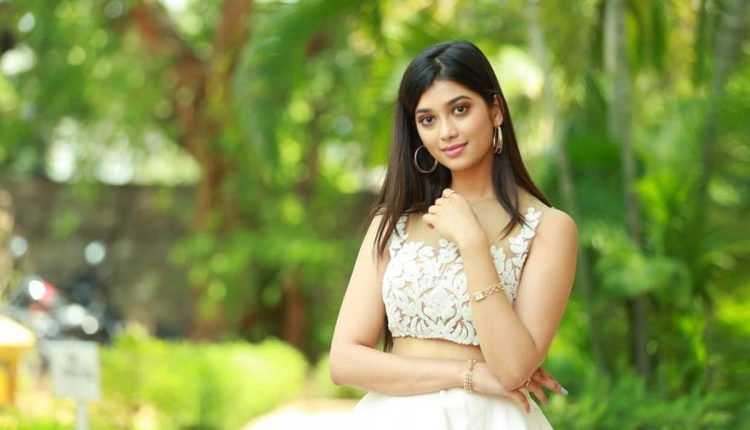 Digangana Suryavanshi’s inbox and Twitter account get flooded with tons of appreciation from fans as her first Telugu film ‘Hippi’ directed by T.N. Krishna hit the theatres yesterday.

From the very first day of launching the trailer, ‘Hippi’ stirred the excitement among the audience. Earlier, Director T.N. Krishna, Producer Kalaipuli S. Thanu along with the cinematographer R.D. Rajashekhar showered the actress for her effortless acting and hard work during the shooting.

Now, after the release of the movie, overwhelming responses from fans clearly shows that praises of Digangana was not at all overstatements. Many fans, mesmerized by her look, graceful screen presence and beautiful acting, have messaged and tweeted the actress directly. Here are some of the screenshots from Digangana’s inbox and twitter account.

A fan tweeted her “@DiganganaS just watched HIPPI, film is completely different from trailer and teaser, Loved ur lookssss and acting 2 the core. 2nd half was nice. #amukthamalyada attitude another level, u gonna have long stand, perfect lip sink, ur hard work is clearly visible. ATB princess” while some other messaged “U r a show stealer… Just now watched hippi. Never message some one like this”

and another one penned “Amukhta Malyada, your acting is extremely good and your expressions mind blowing. You’ve done a fantastic job in Hippi. You nailed it. I am watching it 4 times because yours and Kartikeya bro’s chemistry outstanding”

Digangana’s brilliant entry into Telugu films surely indicates that she is going to captivate the audience for a long run as the director TN Krishna expressed earlier “She is going to be Darling of Tollywood soon” and Mr. S. Thanu said that “She is going to rule the industry in coming days”.

Even the film critics and members of film fraternity have praised the young actress with their tweets the way she did justice to her character in the film in spite of being a non-Telugu. Her flawless acting has naturally grabbed the attention of the critics.

The massive success and huge response from the fans definitely have put more expectations on the actress. Although her next Telugu project isn’t declared yet, box office collection and live fan reactions are the proof that they are eagerly waiting to see her more Telugu movies in future.