‘Victory belongs to those who persevere’, and nothing tests your patience more than staying away from your near and dear ones for a period of 105 days at a stretch. After enthralling the viewers for more than 3 months, COLORS’ marquee property, Bigg Boss draws curtain to yet another entertaining season as it announced Dipika Kakkar Ibrahim as the winner of the 12th edition. In a nerve-racking finish the five finalists of the season – Romil Chaudhury, Dipika Kakkar Ibrahim, Karanvir Bohra, Deepak Thakur and Sree Santh withstood all obstacles and proving themselves as the true champions of this season.

The Grand Finale that left the viewers on the edge of their seats, saw Dipika Kakkar Ibrahim shed tears of joy as she kissed the trophy and united with her loved ones. After three months of living under the constant glare of more than 80 cameras, Host Salman Khan’s advisement and enduring all tasks and tribulations Appy Fizz presents Bigg Boss powered by OPPO F9 Pro saw the winner walk away with a reward of Rs 30 lakh and the coveted trophy. Sree Santh and Deepak Thakur were the first and second runners-up respectively.

Commenting on the successful closure of Bigg Boss 12, said Nina Elavia Jaipuria, Head, Hindi Mass Entertainment and Kids TV Network, Viacom18, “Heartiest congratulations to the winner as we bid adieu to another successful season of Bigg Boss. We thank our partners and associates for coming together in making this show the most popular show on television. As we embark upon the New Year, COLORS is ready to captivate the imagination of the viewers through a variety of shows with innovative concepts.” 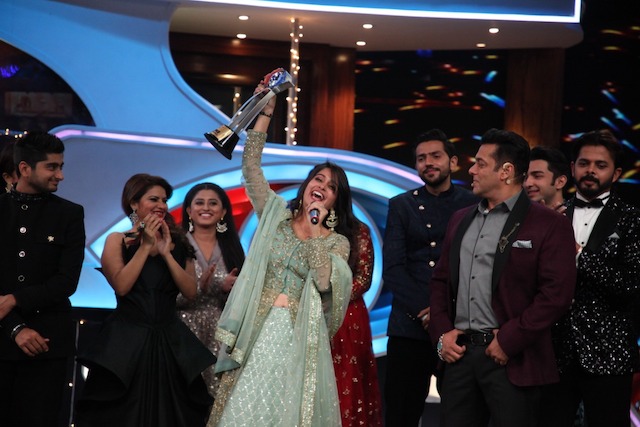 Speaking about the Grand Finale of Bigg Boss 12, Manisha Sharma, Chief Content Officer – COLORS, said, “It’s been three months of emotional highs and low with Bigg Boss and this season ended on a high note with with Dipika Kakkar Ibrahim has the winner. Heartiest congratulation to the winner. As we end the year with a big bang, I would also like to thank our viewers and sponsors for supporting us always.”

Having won million hearts as a television bahu, Dipika’s journey in Bigg Boss wasn’t a smooth one. During her stay in the house, she always stood for what she believed is right and surpassed her co-contestants with her confidence and perseverance. In only a few weeks’ time, she found a confidante in Sreesanth and they became inseparable from there on. While Dipika fought her own battles, she also stood by Sreesanth through thick and thin. Having performed every task with utmost determination, she played the game with dignity. Even after receiving much criticism for her dominant nature, her constant banters with Surbhi and playful conversations with Sreesanth were the highlights of the season. 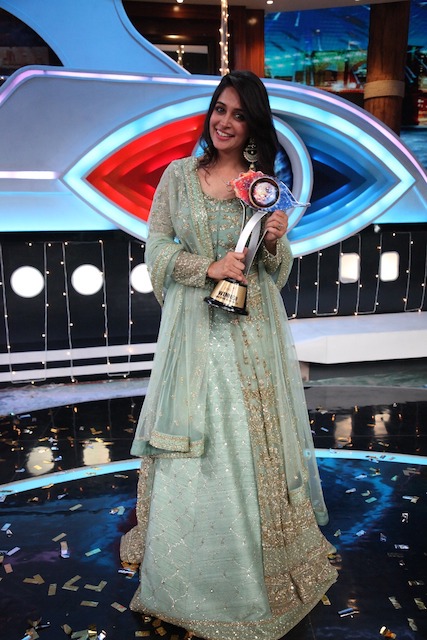 Commenting on her victory, Dipika Kakkar Ibrahim said, “The feeling that follows after being declared the winner of Bigg Boss is something that I cannot put into words. Tackling the various situations that I have experienced inside the Bigg Boss house has given me a lot more confidence to go back and continue being who I am. I was true to myself and worked hard to achieve that. Today, as I hold the Bigg Boss trophy, I cannot help but recollect every single day that I have spent inside the house – every task, every circumstance. There is a lot that I am taking back home with me that I have learnt while being a part of this amazing journey of Bigg Boss 12.”

Abhishek Rege, CEO, Endemol Shine India said, “Season after season, Endemol Shine India brings on screen an incredibly entertaining, yet endearing journey of a group of people from all walks of life who come together in the Bigg Boss House to participate in this unique show. While the audience is witness to what happens inside the house there is a humongous parallel effort that goes from the teams working behind the scenes 24 x 7 and the tremendous feedback and vehement response the show receives from the audience is their reward. We would like to congratulate Dipika Kakkar Ibrahim for winning the show, and thank all our viewers for their unceasing support in making Bigg Boss 12 a grand success.” 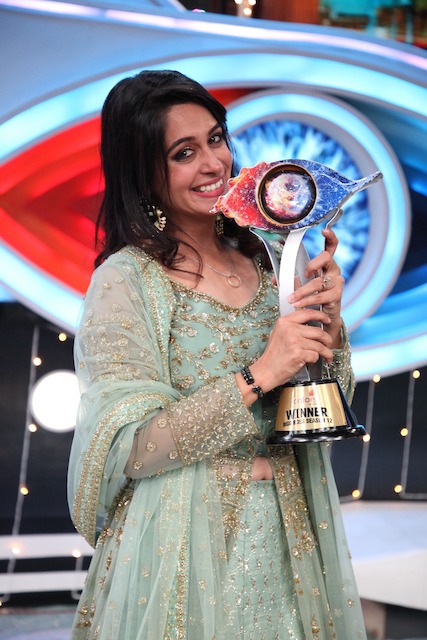 Bigg Boss 12 Grand finale ended with an extraordinary entertainer featuring wide array of performances celebrating the season. Megastar Salman Khan grooved along with the top 5 contestants Romil Chaudhury, Dipika Kakkar Ibrahim, Deepak Thakur, Sree Santh and Karanvir Bohra. Adding action to the finale night was the famous filmmaker and Khatron Ke Khiladi host Rohit Shetty along with daredevils Ridhima Pandit, Aditya Narayan and Jasmine Bhasin. The top 3 contestants Dipika Kakkar Ibrahim, Sree Santh, Deepak Thakur also performed with Ridhima Pandit, Aditya Narayan and Jasmine Bhasin. While the love-struck contestants, Deepak and Somi swayed through some popular love songs, the Bahiya – Bhabi duo, Sreesanth and Dipika reminiscenced their journey in the house through a dance drama on the songs ‘Yeh Ladka Hain Deewana’ and ‘Tu Jo Mila’. Comedy queen Bharti Singh created ripples of laughter with her performance inside the house. Amongst all the fun, the audience were also introduced to the new members of the COLORS’ family i.e Raghu and Dhanak from Gathbandhan and Kesari and Hanumant Singh from Kesari Nandan. Being the most celebrated and awaited reality show, Bigg Boss will continue the legacy of delivering unmatched drama and action in seasons to come!