Do you know : Alia Bhatt once performed on Dola Re Dola for Ranbir Kapoor

The new IT couple giving some serious couple goals

The new happening couple of B-Town Ranbir Kapoor and Alia Bhatt is giving us some serious relationship goals. Now when Ranbir kapoor has confirmed his relationship with Alia in an interview,  Alia is seen now and then spending quality time with Ranbir Kapoor’s family. 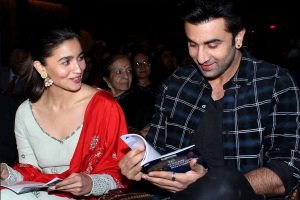 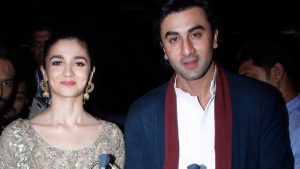 Alia has already expressed her likeness for Ranbir Kapoor and seeing the situation now, it seems very much for Alia like a dream come true. It feels like the duo were bound to be together when we saw this four-year-old interview video of Ranbir Kapoor and Alia Bhatt by Imtiaz Alia for their film Highway.

In the Interview, Ranbir said,

Not many people know but technically me and Alia were first co-stars. We did a photoshoot together also for a movie called Balika Vadhu with Mr. Bhansali was directing where I was I think around 20-Year-Old and Alia must be 3 or 4…

To which Alia interrupted in between and said,

Something of that kind. So first day she came and she is a kind of girl who always had her nose up in the air. And then she performed to “Dola Re Dola” (a song from Devdas) for us. And I still remember the photoshoot and she had to put her head on my shoulder and she was not willing to do it. She was like…

I was shy. I was very shy and that was the maximum contact I had with a boy at that age. So, I was very shy. And Bhansali sir was saying that I was flirting with Ranbir.

Do you know : Before ‘Sanju’ Ranbir Kapoor has acted alongside Sanjay Dutt in 2010

SANA SAEED TO EXPERIMENT WITH COMEDY