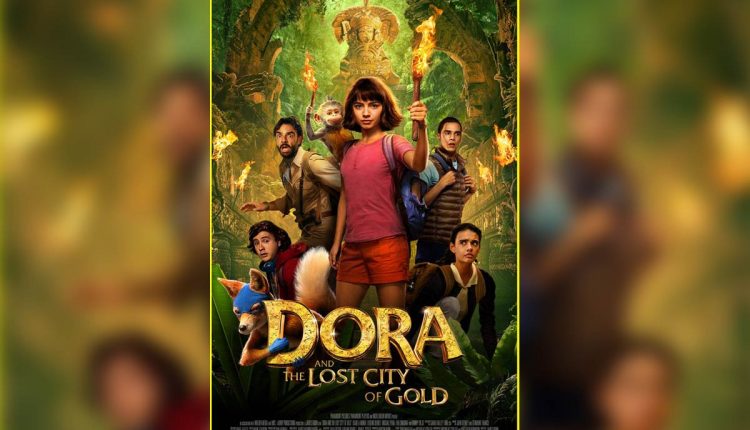 ‘Dora And The Lost City Of Gold’ To Be Distributed Exclusvely In India By Viacom18 Studios, Will Open In Cinemas On August 9

Dora & The Lost City of Gold, directed by James Bobin , produced by Kristin Burr p.g.a.and  starring Isabela Moner, Eugenio Derbez, Michael Peña, Eva Longoria, Adriana Barraza, Temuera Morrison, Jeff Wahlberg, Nicholas Coombe, Madeleine Madden, and Danny Trejo revolves around the cute little girl Dora. Having spent most of her life exploring the jungle with her parents, nothing could prepare Dora (Isabela Moner) for her most dangerous adventure ever – High School. Always the explorer, Dora quickly finds herself leading Boots (her best friend, a monkey), Diego (Jeff Wahlberg), a mysterious jungle inhabitant (Eugenio Derbez), and a rag tag group of teens on a live-action adventure to save her parents (Eva Longoria, Michael Peña) and solve the impossible mystery behind a lost city of gold.Paramount Pictures, Paramount Players and Nickelodeon Movies present the film in association with Walden Media and MRC. It is a Burr! Productions Production based on a story by Tom Wheeler and Nicholas Stoller. The screenplay has been written by Nicholas Stoller and Matthew Robinson. Julia Pistor, Eugenio Derbez and John G. Scotti are the Executive Producers of the film to be distributed exclusively in India by Viacom 18 Studios and slated for release on August 9 this year.

Great Big Story Meets Dexter Mayfield, A Plus Size Male Model Who Is Living The Dream…