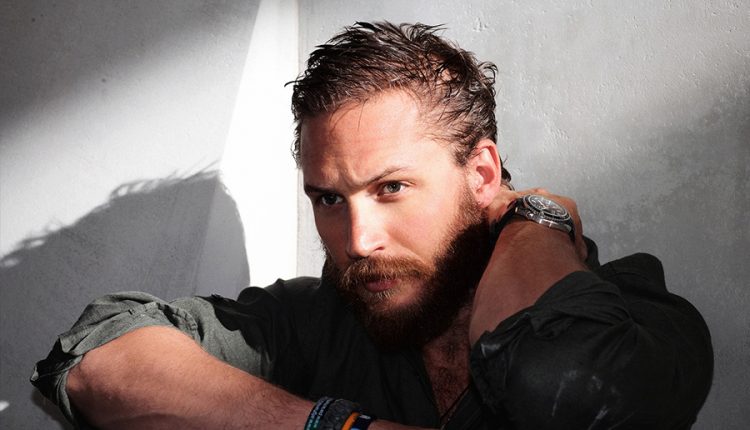 Christopher Nolan led the world into his genius of a mind, yet again, with Dunkirk, based on Operation Dynamo, which was a daring plan to rescue almost 300,000 soldiers surrounded by Nazis in the French commune.

While this could have easily been a movie review because Dunkirk is fantastic, there’s another fact that has been restored in the movie.

With his mind-boggling storytelling, Nolan also made us realise one other aspect of human existence. One very little aspect, but one with a lot of impact. Tom Hardy.

Hardy owns The Air in the movie. And he owns it how, proving yet again that one need not see him in full to realise how great an actor he is. As Farrier, the one who’s in command of Spitfire, Hardy has shown some remarkable sense in terms of acting with just his eyes and his voice. Nolan, in his 2-hour long action-packed drama, shows Hardy’s beautiful face in full for a mere two minutes and that too towards the end. (And 2-3 times during the movie where Hardy takes off his mask for a split second)

The man with one face, many voices

Farrier, along with Collins (Jack Lowden), engage in some stellar fighting with the enemy in the air with very little dialogue. And not once, repeat, not once, are we bored with it. Nolan let Hardy play to his strength. With just his eyes, and his rugged, British accent, Hardy has the audience on the edge as he manoeuvres his Spitfire to fight, save and survive.

How many people can manage that? Not many, I’d say. In fact, in Dunkirk, Hardy hardly has any dialogues. His dialogues are limited to asking Collins about the fuel left, and just talking to his fellow fighter about another fellow pilot.

But his verbal virtuosity is on display, yet again, and is beyond par. “The voice is a silhouette, an audio silhouette,” Hardy said in an interview at the Toronto International Film Festival. Indeed.

Collins, in the air, tells Hardy that the enemy plane is on him. “And I’m on him,” Farrier responds. And oh my, you melt.  His thick British accent, which is one of the many that he has displayed in his splendid career, is as real as it can get.

Dunkirk’s Farrier is yet another feather in Hardy’s verbal achievement. As Ronald and Reggie Kray in the 2015 release, Legend, Hardy proved his mettle by playing two men with distinct accents—one high-pitched and the other husky. As Alfie Solomon in Peaky Blinders, he sounds like he might have Welsh relations (it’s hard to tell).

As Bane, of course, Hardy confuses us with what accent he’s getting at because for most of Dark Knight Rises, he sounds like he’s been crushed to death (with his heavy breathing too).

It’s amazing how far the man can stretch himself. And it’s a privilege for us commoners to be part of his stupendous skills. And thankfully, it doesn’t end there.

The man who embraces restriction

There are very few actors who can do so much in so little a space. And Hardy tops that list of few actors. Nolan accepts that he knew this. USA Today quotes him as saying, “There’s two feet around him (Hardy) and I knew he’d be interested in that. It’s rare to find that and embrace the restriction.”

Embracing the restriction is Hardy’s forte. And he mindbogglingly achieves it in Dunkirk. With just the cockpit and his hand movements over the Spitfire gear, Hardy completely does justice to Farrier, who eventually is shown as the one who makes the most sacrifices.

It’s impossible for the audience to imagine anyone else in that role. Just like Nolan, who says he doesn’t write the script with actors in mind, couldn’t imagine giving Farrier to anyone but Hardy.

As he speaks from his Spitfire, you feel the thrill with him. As he makes his move on the enemy plane, you move with him. The air is filled with it and so are Farrier’s eyes. Nolan plays brilliantly with Hardy’s eyes, as the latter tries to depict the tension.

“I think it’s important that you always transform if you can. That’s what I was trained to do. You try and hide yourself as much as you can; that’s the key to longevity,” Hardy had said in an interview sometime back in 2011. “It’s also quite fun,” he had added. And Dunkirk sure is the man having fun. With a fighter plane and a mask.

Look back, just once, at his role in Locke. It’s a man in a car, talking on the phone. The whole time. Hardy’s ability to master the smallest of spaces is too good to be true.

For a world which is obsessed with colour, face and muscle of the human being as ways of expression, Hardy is a breath of fresh air. Clearly, what Tom Hardy can pull off with his eyes and voice is far beyond what anybody can do with their entire body.

KRITI SANON SIGNS HER NEXT WITH RAJ AND DK?