DWAYNE JOHNSON OPENS UP ABOUT HIS SECRET BATTLE WITH DEPRESSION

Dwayne Johnson who is popularly know by his ring name ‘The Rock’ is the most electrifying personality in the world of Wrestling. He is considered to be the People’s Champ. Dwayne not just marked his success in Wrestling but also as an actor. He was also seen sharing the screen space with Bollywood actress Priyanka Chopra in Baywatch. 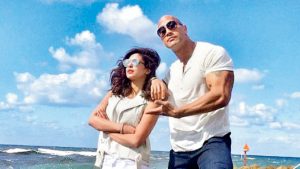 Recently, Dwayne opened up about his secret battle with depression and his agony over witnessing his mother’s attempted suicide. When a fan told him he was suffering depression, Johnson wrote back: “I hear you. I’ve battled that beast more than once.” Dwayne was just 15 when his mother Ata tried to kill herself in front of him, months after they were evicted from their apartment.

According to a leading daily, The Rock said, “Struggle and pain is real. I was devastated and depressed. I reached a point where I didn’t want to do a thing or go anywhere. I was crying constantly.”

“She got out of the car on Interstate 65 in Nashville and walked into oncoming traffic, I grabbed her and pulled her back on the gravel shoulder of the road,” she added. 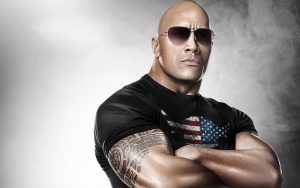 “What’s crazy about that suicide attempt is that to this day, she has no recollection of it whatsoever. Probably best she doesn’t.”

“We both healed but we have always got to do our best to pay attention when other people are in pain,” he said. “We have to help them through it and remind them they are not alone.”

Shortly afterwards, Johnson’s girlfriend broke up with him. “That was my absolute worst time,” he added. 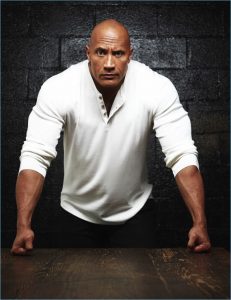 Johnson says had he not found the inner strength to carry on, he could easily have become suicidal like his mother.

Even Johnson’s dream of being a professional football player was shattered after numerous injuries. He signed with the Canadian Football League but was let go within a year. But with his hard work Dwayne ruled the wrestling Industry and that was not just the end, he further went on to rule everyone’s heart with his great acting skills.

HERE ARE 5 PERSONAL STYLE MANTRAS OF YOUR FAVORITE BOLLYWOOD CELEBRITIES THAT YOU MUST FOLLOW!

The Lord Of The Rings: The Rings Of Power composer Bear McCreary reveals he spent 50…

“Hollywood Blockbuster Everything Everywhere All At Once all set to storm &…