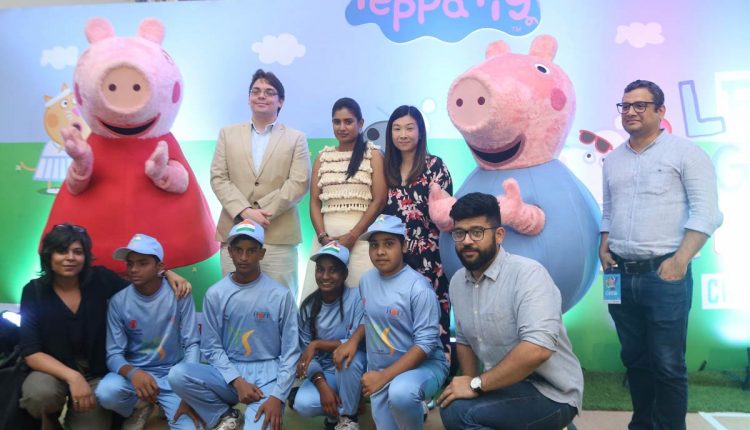 Peppa Pig and George have created unforgettable memories for children during their visit to India this summer for their cricket campaign #PeppaPlaysCricket. From teamwork, trust building to sportsmanship – kids experienced everything cricket with their favorites for two whole months! And with their visit coming to an end, Peppa and George culminated the campaign with a grand event in Mumbai today.

With immense love and warmth, Peppa and George welcomed Save the Children and Ayushman, Lusi, Soni and Waris from Team India North, the gender equal team who represented India at the Street Cricket World Cup 2019 in Lords. The event was also graced by one of the pioneers of women’s cricket in India – Mithali Raj, Captain of Indian Women’s Cricket Team who spoke about the sport, everything that goes behind becoming a sportsperson and her support for Save the Children and Team India North.

Today I spent an amazing day with Peppa, George and the true champions from Team India North – engaging and educating the children present on Cricket and everything it takes to become a sportsperson. It was heartening to see so many families and children come together for their love of Peppa, George, and the spirit of the sport! I thank Save the Children for inviting me to be a part of such a great event and thank Peppa and George for coming all the way to India to celebrate cricket and also spread awareness on India’s street connected children, I am sure this will help children get the right start early in their lives”, said Mithali Raj, Captain India Cricket Team and Goodwill Ambassador Team India North, Save the Children

The event additionally had a great surprise in store – Mithali Raj, Team India North, Peppa Pig and George unveiled a special cricket themed video starring Soha Ali Khan, daughter of former Captain of the Indian Cricket Team Mansoor Ali Khan Pataudi and famous Indian Film actor, who, along with Team India North is seen offering kids some fun tips and advice on sportsmanship and teamwork. Created by Nick Jr., the video is now live on the channel as well as Voot Kids.

While kids and their families were in awe of Captain Mithali, and were seen taking inspiration from Team India North, they also indulged in some fun Peppa Pig themed activities including a storytelling session on the book Peppa Plays Cricket, followed by a special meet and greet with Peppa and George.

The day was full of fun activities, quizzes, games, great time for kids and their families – giving them yet another reason to love and remember their dearest Peppa and George!” 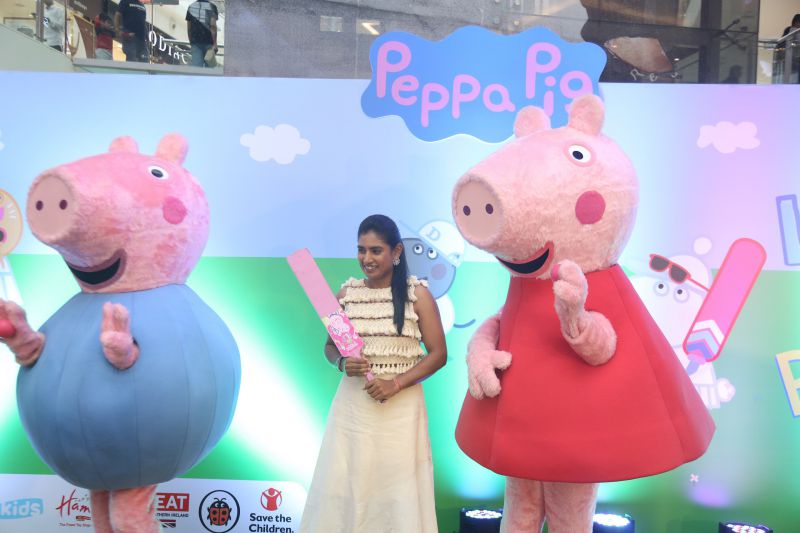 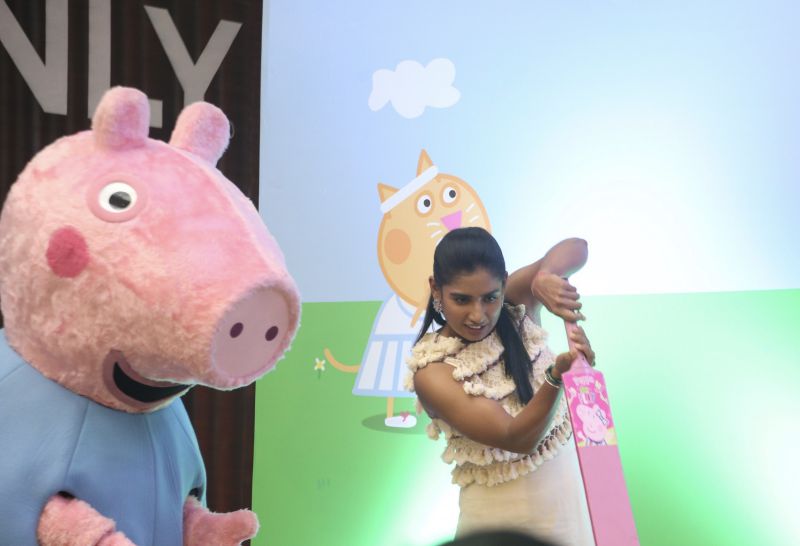