The year 2011 was the Golden Year for the cinema world. While films such as Delhi-Bailey, Rockstar, The Dirty Picture were super-hits, ‘Zindagi Na Milegi Dobara‘ was released in July without any fanfare and slowly moved on to the first cinema again in the hearts of people The place kept increasing.

At first glance, most people find their Zindagi closer to Farhan 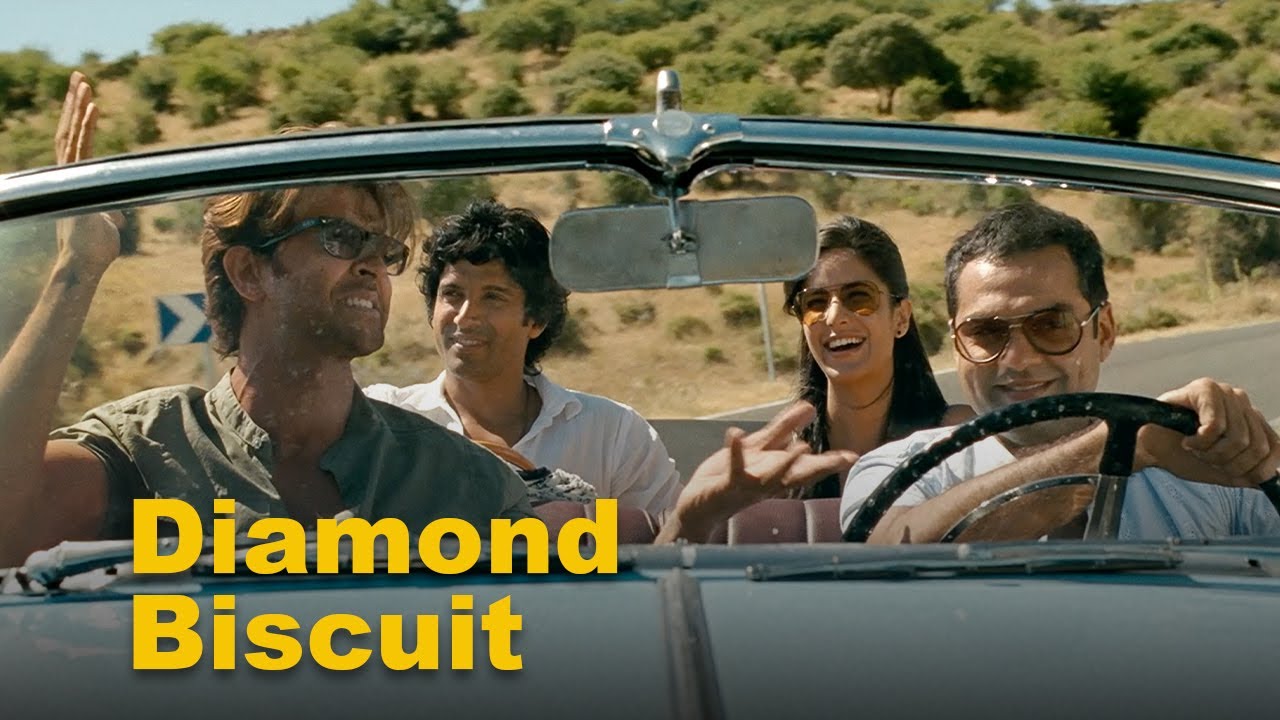 When I first saw ‘Zindagi Na milegi…‘ , I felt like okay, this film  is based on traveling, maybe Zoya has made a film to promote Spain Tourism which is not bad, it can be seen once. Its light comedy film, it has lots of messages and some good songs too, that’s all! Zindagi Na Milegi Dobara. looks like this when you  see it first.

And when you have some discussion about this film with your friend and you watch this film again; then you find this ‘Zindagi Na…’ a bit better than the last time. From one of its main characters Kabir (Abhay Deol), Arjun (Hrithik Roshan) and Imran (Farhan Akhtar), you start relaying your life. At first glance, most people find their lives closer to Farhan. Farhan, who always wear a smile on his face, who looks very flirty but he has a lots of pain in his heart and he never want to share it with anyone. He Keeps his mind only to himself.

Watching this film during the college phase of life, we see ourselves more relative to Farhan. Then life took a forward step and come out of the campus and we want to watch this  filmagain, then we find our story very close to Arjun. Arjun, who has forgotten to be happy, Arjun, who has seen so much money crises in his life, his mother had suffered so much that he only wants to earn money Till forty years of his life. He is so desperate to plan his retirement life but he doesn’t even know that he already lost his present life.

Ask yourself if you belonged from another town, while working in metro cities, how many times you also feel something so related, don’t you?

‘Zindagi Na Milegi Dobara’ is not just a film, it is a life journey 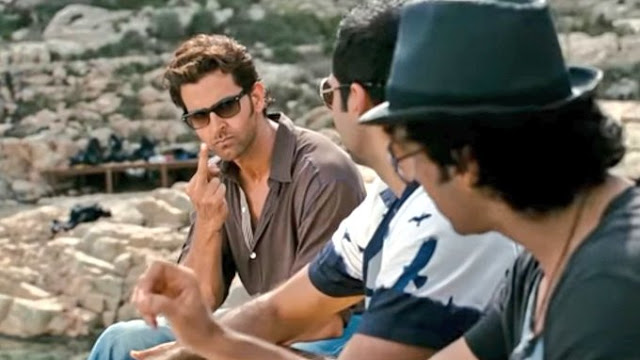 Nevertheless, for a long time, we see a character named Kabir among in our friends, relatives but we did not able to relate to ourselves. But, that moment also comes when we feel that we have accepted a very big decision of life without agreeing ourselves. And actually we didn’t even accepted anything, just because every close one thinks we are agreed and they are happy, and we don’t want to disappoint them, so we did not raise any objection. This is why Kabir, seeking fun with his friends, He has lot of money but still he has nothing in the bank of wishes. There is no wish left except for a Spain trip. He is living the Spain trip as if he will never get his life again.

The more times you watch this film, the more often this film appears to be better than the last time, it gets closer to you after every show and secretly taught you some new scales of beauty.

‘Zindagi Na Milegi Dobara’ is not just a film, it is a life journey, which seems good at few times, very good most of the times and sometimes even bitter too. But what to do, this is the life and you will never got one again.

In a sequence of this film, when Imran apologizes to Arjun for cheating on him with Arjun’s girlfriend, Arjun put a thumb at his heart and says “Jab Yahan Se Nikle, Tab Kahna Sorry” 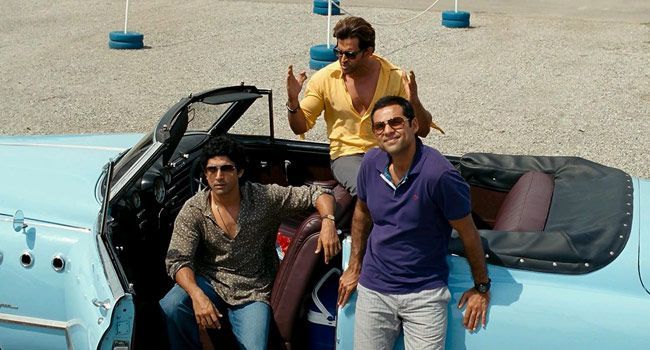 This dialogue gives us a very bitter truth. Whenever we apologize to someone, is that really an apology came from the heart? Are we actually ashamed of our mistakes? Anyway, this two line question cannot be satisfied with any one liner answer.

There are some movies that are better to watch alone. Some movies are made for watching with family. Some you like to watch with your partner and few movies seem more fun with friends. ‘Zindagi Na Milegi …‘ is a film that you should watch everyone of them in a while. When you watch alone, you will get a chance to know yourself better, by watching with family, you will be able to understand the importance of your family more than yesterday. If you watch it with your friends, then you might get an excuse to go for  another tour/trip with wet eyes and you may find yourself ‘complete‘ while you watching it with your partner.

You may think that maybe I am exaggerating few things, but believe me, this movie looks like a ordinary tale and Spain trip on Buick super, but its not just that, it has lot more than this… you can see a mirror of life in this film at every turn of life will come.

I wrote above that we see ourselves in Imran watching this film or in Arjun, some may even find Kabir’s character to be related to them but do you ever thinks that who is the most important character of this film? 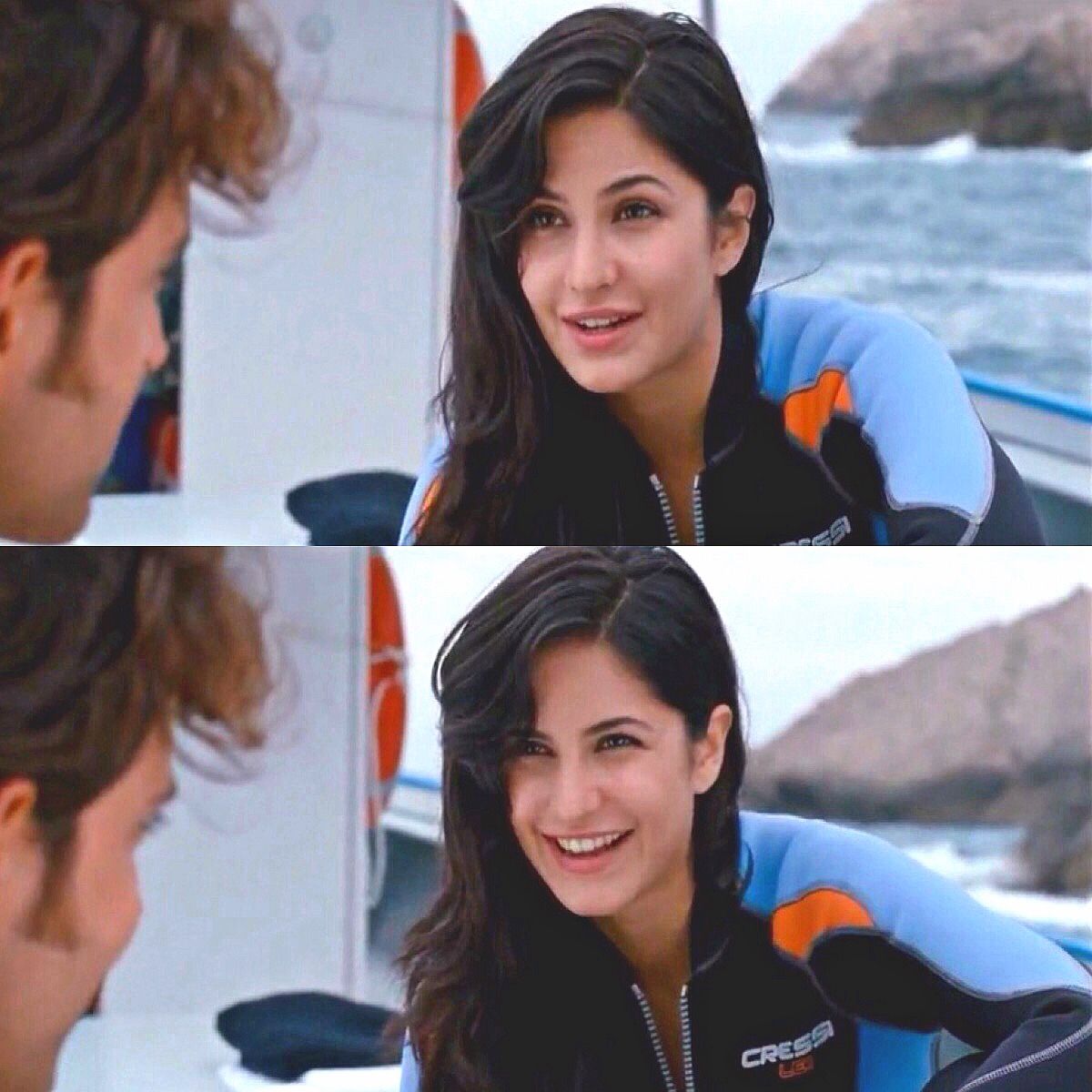 It was Laila who came from nowhere but she plant a life again in Arjun’s body. It is good to find a character on your own, but try to be a character in someone’s life, who can give Positivety  in others life. You you know what! we all have a one span of life, which does not get a chance to live again and, sadly, most of the people spend their whole life to learnt this simple but important lesson.

Today is January 9th, Birthday of Imran i.e. Farhan Akhtar and tomorrow our Arjun i.e. Hrithik Roshan will celebrate his birthday. Many congratulations to both of them for their beautiful lives and for this birthday. 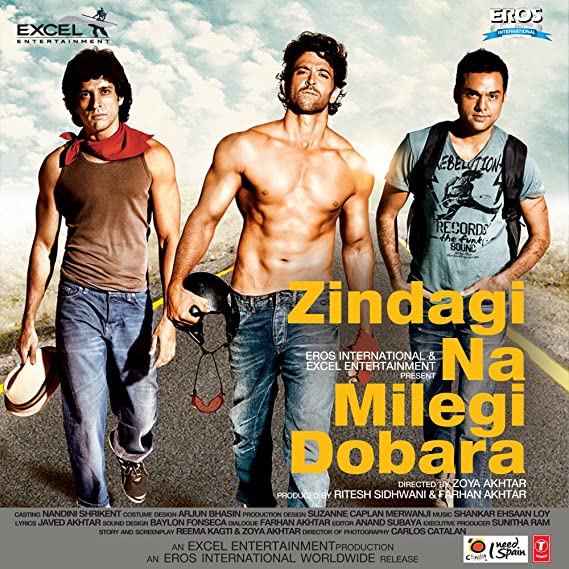 You too spend your weekend to watching this beautiful film ‘Zindagi Na Milegi Dobara’ with your loved ones.

Movie Review: The Secret Garden, Appealing to the core!