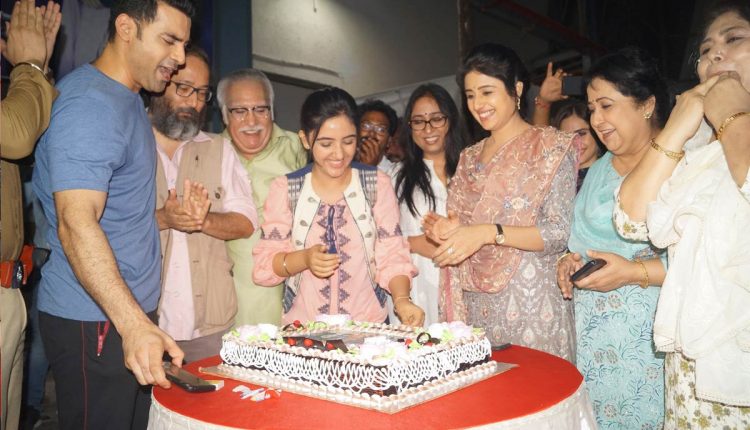 Sony Entertainment Television’s popular show Patiala Babes which enjoys a massive fan following has recently completed 100 episodes. The show starring Paridhi Sharma, Ashnoor Kaur, Aniruddh Dave, Hunar Hali along with the writer Rajita Sharma and the crew were ecstatic after achieving their first landmark. This occasion became even more special when fans of the show took on social media to congratulate the cast and crew.

Patiala Babes portrays the strong bond shared between a mother, Babita and daughter, Mini. It is a tale of their bond and how successfully they overcome against all odds. The show has redefined the fiction genre with its fresh approach towards storytelling and with minimum or no frills.

Post pack-up, the entire team gathered together for a cake cutting celebration followed by a huge bash. On contacting Paridhi Sharma who is playing the protagonist in Sony Entertainment Television’s Patiala Babes, said “100 episodes of Patiala Babes is the first big milestone we have achieved together. It feels like we started shooting just yesterday and it feels surreal that we already have completed 100 episodes. The journey has been amazing and every day was filled with enjoyment. I feel extremely thankful and happy to be a part of the show which is making constant efforts to bring difference in the society. The journey has just started, there are miles to go.”

Going forward the show will leave no stone unturned to spellbound its audience with the most unpredictable sequences and amusing twists.

Tune into Patiala Babes every Mon- Fri 9:00 PM only on Sony Entertainment Television

Gulshan Says,”Chunky Was The Real Kanjoos In The Kapil Sharma Show