The global star Irrfan Khan will soon be seen in Marc Turtletaub’s Puzzle, alongside Scottish actress Kelly Macdonald. The makers have released the official poster of the film yesterday and its official trailer was already released in  April. It was screened at Sundance, where it opened to a packed theatre audience because of which the film was instantly bought by Sony Pictures for a worldwide release. The movie will be releasing on July 13 this year.

Here is the new official poster of the movie 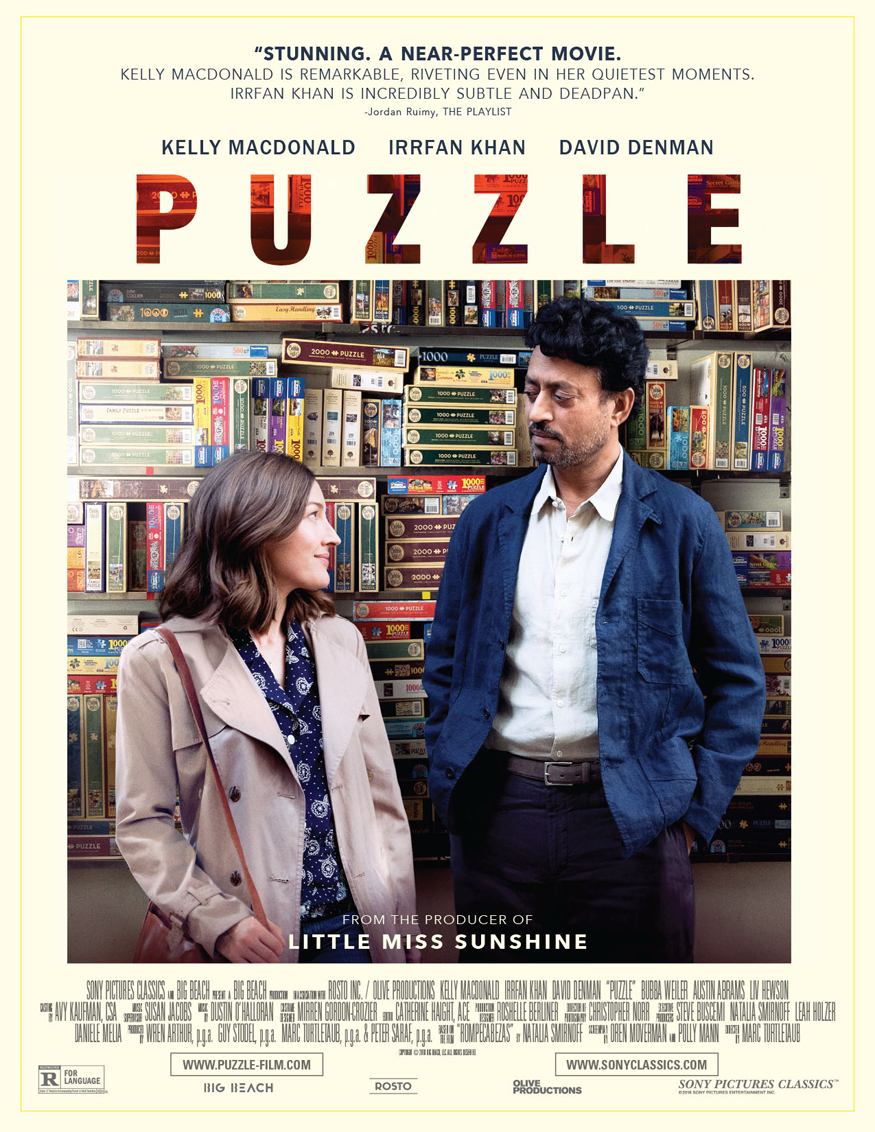 The story of the movie is an adaptation of the 2010 Argentine film Rompecabezas. The original was directed by Natalia Smirnoff and was nominated for the Golden Bear at the Berlin International Film Festival. Puzzle revolves around a fortysomething suburban mother whose world is consumed with caring for the men in her family. That begins to change in a quietly dramatic fashion when Agnes ( Kelly Macdonald) receives a jigsaw puzzle as a birthday gift and experiences the heady thrill of not only doing something she enjoys but being very, very good at it.

Check out the trailer here.

ANURAG, KARAN, DIBAKAR AND ZOYA’S LATEST ANTHOLOGY ‘LUST STORIES’ IS OUT ON NETFLIX!