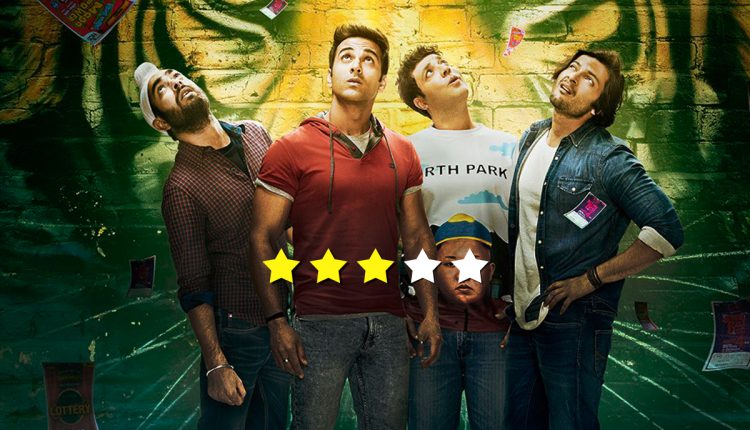 The Fukrey toli is back after four long years and it’s a sequel to the most surprising box-office hit of 2013, ‘Fukrey’ helmed by Mrighdeep Singh Lamba which stars Pulkit Samrat, Varun Sharma, Ali Fazal, Manjot Singh, Richa Chadha, Priya Anand, Vishakha Singh and Pankaj Tripathi are back in action and Boy, they have delivered some strong action. Here’s our full review of the most anticipated movie of this month :

The best part of this sequel is that to watch ‘Fukrey Returns’, you don’t necessarily have to watch the first part, because the director clearly explains the entire story in the opening credits. And then the Fukra Toli which is the heart and soul of the movie have performed just like that the character sketch was drawn according to them only and among-st them, Varun Sharma who plays the ‘Choocha’ has outplayed the character and took the game on his shoulder single-handedly but not to forget that each and every character including Pankaj Tripathi has done a perfect job. Another yayy for the movie is none other than the man behind all the action, the director of the film, Mrighdeep Singh Lamba who has strike the right balance in keeping the comic flavour alive in the sequel. Set entirely in Delhi, the fun element is intact and even the story is a bit different from the initial one. These are those enough yayy points which makes the film entertaining and hit.

The second half is a nayy for the film as the second half dips down, only to later pick up the pace, though in vain. The film has a convenient closure to the ongoing mess which is slightly disappointing, especially in the climax. The second half is plot-heavy and feels a bit stretched out. However, the jokes keep coming which make it bearable. Another Nayy for the film is the music as if you would compare the music of the initial part, then you would be disappointed for sure as the movie has no such songs to remember for a long time unlike Ambarsariya from the initial one. Ishq De Fanniyar was a song which was relatable a bit and was getting on mind of everyone but sadly, it’s not in the movie.

To conclude, Blame it on the super-success of Fukrey or the four long year gap, you would expect a bit more from Fukrey Returns but if you would go without any expectation and watch it like it’s a fresh project, you would come out of the theaters being a happy smiling person. I would suggest you to spend your weekend watching this one as it will surely makes you laugh out loud in some moments as the movie has moments of it own making it worth a watch for sure. Kudos to Farhan Akhtar and Ritesh Sidhwani with director Mrighdeep Singh Lamba who have yet another created a successful franchise, and there is ample scope to make a Fukrey 3. Let’s wait and watch if the makers are up for it. For me, it’s a 3/5 for Fukrey Returns.

JOHN ABRAHAM LAUNCHES HIS OWN JOMOJIS!

HERE’S PROOF THAT VIRAT AND ANUSHKA ARE DEFINITELY TYING THE KNOT!