ON GANDHI JAYANTI, WE BRING YOU 6 BEST MOVIE PORTRAYALS OF THE LEGEND 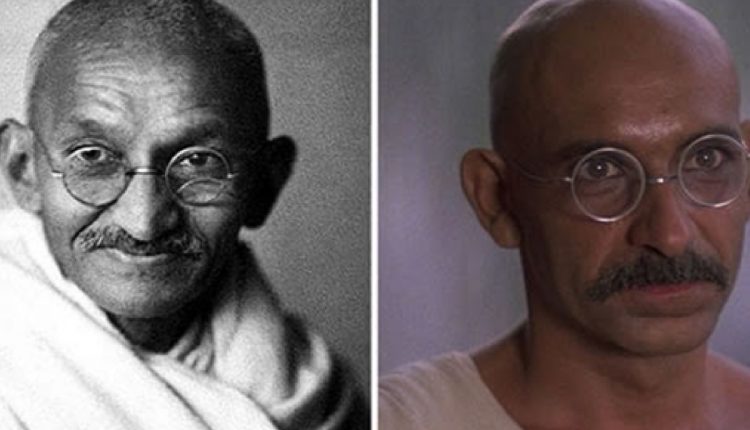 Mahatma Gandhi, as we call him, is among the most popular figures in Indian history. Whenever you read his name, a feeling of patriotism, freedom, and wisdom comes along with it. Just as he is dear to the history buffs, Gandhi has also had a considerable impact on Indian cinema. So, on his birthday, we pen down 6 of the best portrayals of MK Gandhi on screen, that left a deep impact on the audience.

Ask someone about Gandhi, and they’re more likely to remember Ben Kingsley in his portrayal of the historical figure than the man himself. The actor absolutely nailed the role in Richard Attenborough’s film, titled Gandhi (1982). Till date, it is considered to be amongst one of the best biographical films and perhaps the best one on the father of the Indian freedom struggle. What is ironic, though, is the fact that no Indian filmmaker could come close to a foreigner’s rendition of Gandhi. The international project was shot in India in English language and stars several Indian actors like Amrish Puri, Om Puri and Saeed Jaffrey.

Mohan Gokhale was popular as an art-cinema actor. He performed in several critically acclaimed films like Sparsh, Bhavni Bhavai, and Mirch Masala. But what actually got him cult status, was his portrayal of Mahatma Gandhi in Jabber Patel’s biographical drama on Babasaheb Ambedkar. This was also one of the first films to depict Gandhi in a negative light, something that the audience was visibly taken aback by.

After the Gokhale’s portrayal of Gandhi in Babasaheb Ambedkar, Kamal Hasan had approached the actor again to reprise his role in the film Hey Ram. The actor accepted the offer, but unfortunately died during the filming. It was then that another legendary actor was approached for the role and that is how we got to see Naseeruddin Shah play Gandhi onscreen. It can safely be said, that no one else would’ve fit the bill so perfectly. Shah completely nailed Gandhi’s Gujarati accent and body language, something for which he had to completely transform himself. The film was pegged on the last words uttered by Gandhi before he was assassinated.

Surendra Rajan, who portrayed Gandhi thrice, is best known for his performance of the historical figure in Legend of Bhagat Singh and Netaji Subash Chandra Bose. Films where Gandhi wasn’t the central character or the spotlight of the film, that’s where  Surendra Rajan came to the rescue.  Interestingly, all the three films he has worked in show Gandhi in a negative light, with his philosophies contradicting the protagonist’s thoughts.

Last but not the least, we cannot forget one of the most popular and entertaining depictions of Gandhi in recent times. It is none other than Dilip Prabhavalkar in Lagey Raho Munnabhai.  The film broke all stereotypical, textual references to Gandhi and made him more real. This film introduced the concept of Gandhigiri and managed to help the masses identify better with Gandhi’s principles. Lagey Raho Munnabhai was a successful film at the box office and gained all the positive responses from all across the nation.

6. Darshan Jariwala in Gandhi My Father

Darshan Jariwala, who is known for his work in over 50 Bollywood films, performed from his heart and soul while portraying Gandhi in the 2007, critically acclaimed film, Gandhi My Father, which focused on the freedom fighter’s personal life rather than his public one. The film walks us through Gandhi’s strained and complex relationship with his oldest son, Harilal Gandhi. From the beginning , the two had dreams in opposite directions. Harilal’s ambition was to study abroad and become a barrister like his father, while Gandhi hoped that his son would join him and fight for his ideals in India and that’s what the plot of the movie was. If you’ve missed out this beautifully narrated feature, do watch it now!

Who’s your favourite portrayal of Mahatama Gandhi? Let us know in the comments section below! Team Bollyy wishes you a very happy Gandhi Jayanti !

IS BOLLYWOOD FINALLY MOVING AWAY FROM MASALA FILMS TO MORE SENSIBLE CONTENT?