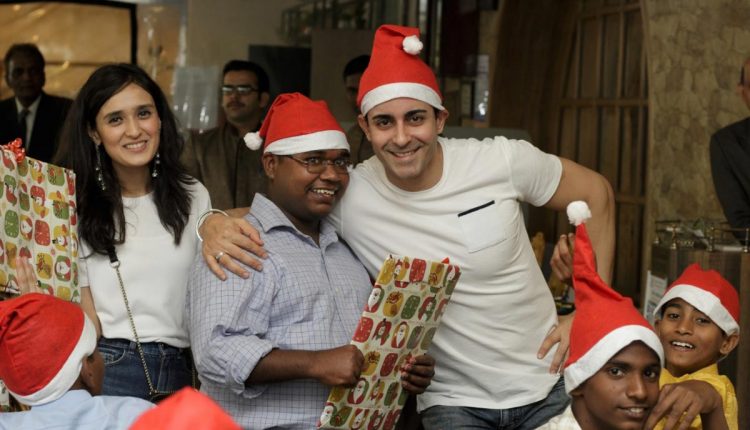 416
Share
Gautam Rode, who is currently seen in Kaal Bhairav Rahisya, is one of the few actors of our industry who is extremely active towards social causes.  An initiative which he had started with a music video, ‘Helping Hands,’ Gautam continues to work with street children as well as orphanages to do his little bit.  Now this Christmas we hear that Gautamis turning Santa Claus as the actor is hosting meals across the city, taking children from various orphanages out for a meal as well as showering them with gifts.

When we spoke to Gautam he revealed, “While in the past I have visited the orphanages, this time we took special permission to take the children out.  It was Pankhuri’s idea as she felt that the kids would feel all the more special if they could dress up and go out instead of remain in the same environment when we visit them.  While I was trying my best alone earlier, after Pankhuri’s come in to my life she not only joins me but she is equally involved in trying to make a difference and help those who are in need.  And the need is not necessarily monetary in this day and age but rather of love, care and time.  I realize whenever I spend sometime with the children, that for me if its so therapeutic, it hopefully also energizes them, motivates them and gives them some positivity as well as a smile to end their day with.”
Gautam took to his social media to announce this initiative:

Looks like Gautam is giving us some major positive #XmasGoals this holiday season!

Hina Khan: This Girlfriend Is Definitely Better Than Yours!