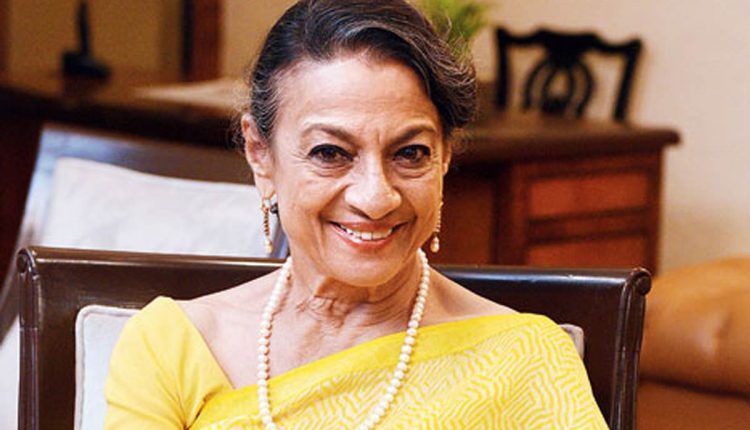 The effervescent and lively albeit moody actress Tanuja (75) has been hospitalized to undergo an operation for a condition at Lilavati Hospital in Mumbai. Then actor has been diagnosed with diverticulitis which is the inflammation or infection of small pouches called diverticula along the walls of the intestines. Tanuja’s daughter Kajol visited her at the hospital. The news comes immediately after Kajol’s father in law Veeru Devgan’s death. Tanuja has acted in epoch making films like Jewel Thief, Haathi Mere Saathi, Do Chor among others.

JYOTHI VENKATESH remembers that Tanuja is unstoppable when she condescends to talk to you. In this freewheeling conversation sometime back at the Pune International Film Festival where she was conferred with the award for her contribution to Cinema, Tanuja left Jyothi speechless when she spoke to him about her daughter Kajol as well as her own enriching journey as an actress par excellence. We at bollyy.com wish Tanuja all the best to tide over her health crisis and bounce back with a bang. 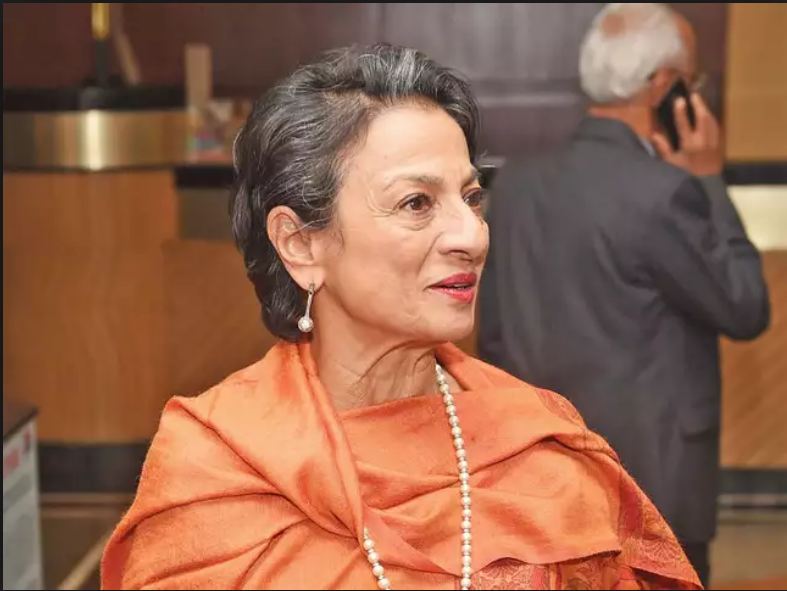 Excerpts from the conversation:

You are one of the few educated actresses, who ruled the 60’s. How do you feel when you look back at your illustrious career?

I hail from a family which belonged to the educated CKP community. My grandfather was a banker of repute. It was indeed great miracle that at a time when the theatre was actually looked down upon by the people, especially in the 30’s, my mother Shobhana Samarth, who wanted to be different from the other conservative women in the society then, agreed immediately when she was offered a role in a film. Thanks to my mother, who used to say that education must come first in every one’s life, I went to Switzerland for higher studies. I wanted to be an interpreter in the U.K and communicate to people in their languages as I was fond of learning different languages. I achieved my ambition of being a communicator, though I did not learn German and French. I learnt Bengali, Marathi and Hindi besides English and achieved my ambition.

How did you end up as an actor?

My late elder sister Nutan also followed in my mother’s footsteps and became an actress. An actor absorbs different ways of acting by observing people around him or her. Acting doesn’t change. It is always the performance that changes. I took pains to acquire knowledge which is a never ending process in life. To be an actor, you see, listen and understand the character that you portray in a film. 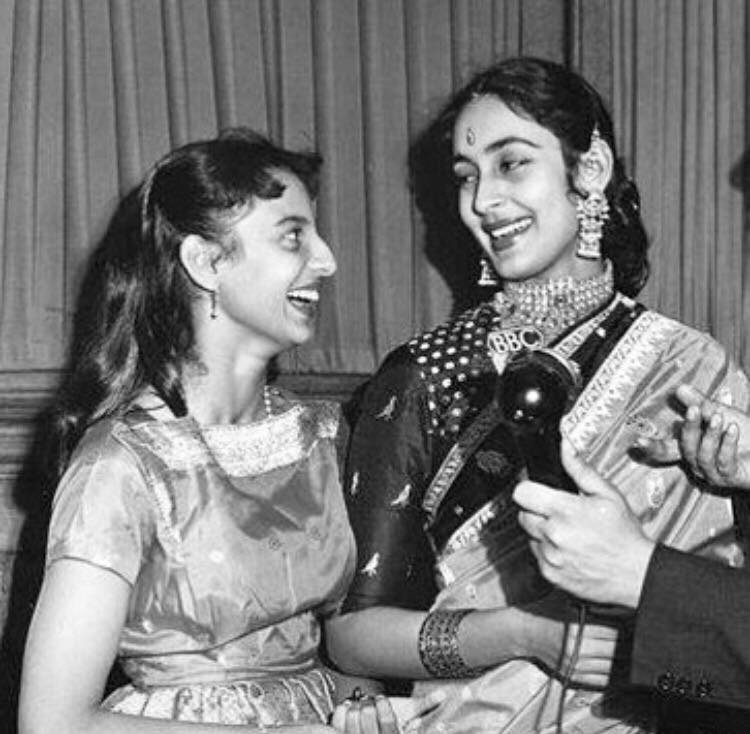 Did you learn acting before you plunged into the field?

I do not think that you can teach a person how to act. You can only teach a person the method of how to appear in front of the camera. What is necessary to be a good actor is the emotion which has to come from within and you cannot project, if you do not feel at all. Though everyone is an actor and has talent in an abundant measure to play a role in his own way, you just cannot teach a person how to ‘feel’ as an actor. Each and every film in which I have acted has been a new experience for me. Every director with whom I have worked with has been simply great.  I just cannot say that such and such as film was better than such and such a film. Interaction is the process at that moment and the camera has always been my friend and I never had any problem with the camera.

Is acting the’ be all and end all’ of your life?

Look here Venkat. Acting is okay but if you cannot perform as a human being, what is the big use of your being alive and kicking in this world? Even if one person can manage to make a difference to another, it will change the thought process of how each human being looks at another. We need to stop fighting with one another. 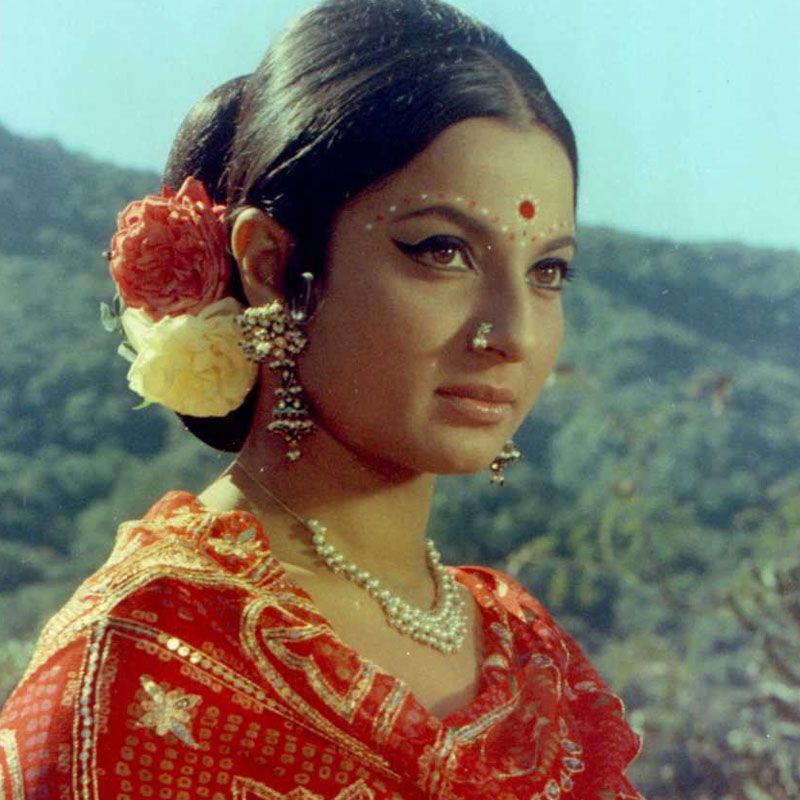 Who are your favorite actors?

I do not see many movies. If I am not invited to a trial, I do not go to see a film in a theater. I’d rather see it at home either on DVD or the TV. In any case, I feel that there is a great dearth of good films and people forget that Cinema is about entertainment and also driving home a social message. I have been a great fan of Meena Kumari and Madhubala. Yet I did not want to be like them but just enjoyed watching their films. I used to watch my sister Nutan, who had spontaneity. In Bandini, without a single dialogue, she said it all in 27 takes. Among the actors, I liked the shades of Kishore Kumar as every role that he played was different. I admired Dilip Kumar and was actually hero worshipping him. I was just 6 when his oratory in English, Hindi and Urdu was amazing. I learnt discipline, a method from him to be spontaneous. Your spontaneity needs channeling by observation.

How would you evaluate your growth as an actress till date?

I have worked like a dog to establish myself for almost 9 years. Acting came easy and there was no pressure. I chose to ‘act’ because it was the only thing that I could do effortlessly. Though emotions do not change and the performance depends on individuals whether an actor or a director, there is no difference then and now because an actor is an actor and a performance is a performance, today technically we are advanced. The change is amazing. I too experimented in my time and did light roles in Hindi films and ‘out of the box’ roles in Malayalam and Bengali films. Today the girls are given the choices. Then we could only choose from what we used to get. 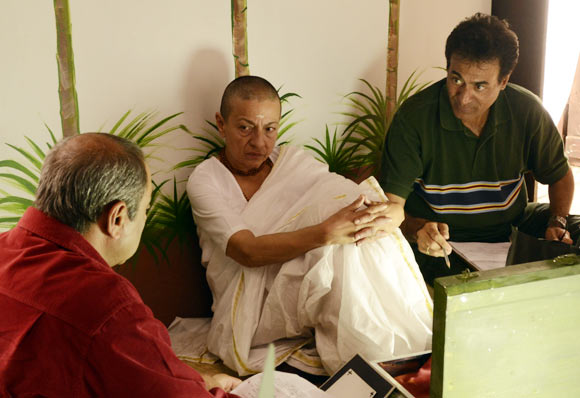 Why are you not acting in films anymore?

Nitish Bharadwaj’s Pithruran (Marathi) was my last film as an actress. I am ready to do a film in any language. Language does not matter in Cinema as it is a global industry. I do not have a dream role. I see what the role is and where am I in the script. I am a director’s actress and want him to tell me what I should do. If he visualizes and explains to me, I’d be able to interpret my role.

Your daughter Kajol has emerged out of your shadow and is a great actress on her own right!

I do not have an appropriate word to explain the talent that Kajol has. She has only shown a spark of her caliber as an actress in all the films in which she has acted till today. I watched Dilwale Dulhaniya Le Jayenge eight times only for the sake of my daughter and once for the music. In fact, I’d say that she has only shown the tip of the ice berg and inside her there is a volcano which is ready to erupt. Kajol constantly creates and recreates. Not only is she reasonable but also logical as an actress and down to earth as a mother of two children- Nysa and Yug. I am a proud grandmother today.

An Ardent Admirer Of Javed Akhtar Who Had Gone Bitter Because Of Some Personal Experiences, Transformed Into An Admirer Again After Listening To Him Recited This Poem