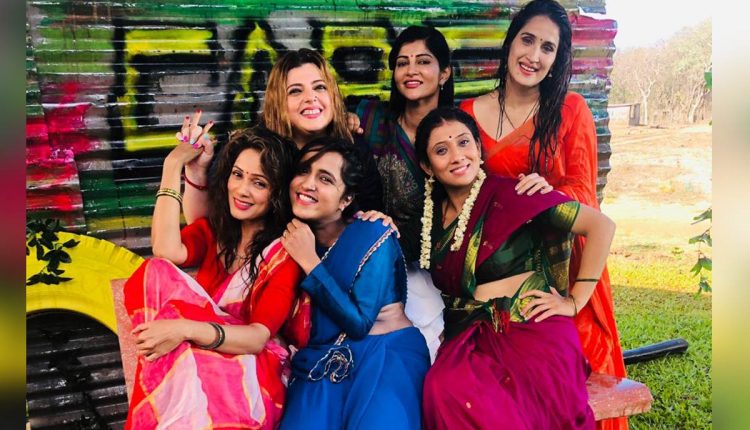 Girlie Gang To Floor You With Monsoon Football!

Sagarika Ghatge, Vidhya Malwade, Delnaaz Irani, Pritam Kagne, Usha Naik and Neha  Jjawade who all feature in the Marathi film Monsoon Football directed by Milind Ukey were seen having a gala time on the last day of the shoot at the Film City. The film entirely shot in Mumbai is scheduled for a monsoon (July) release. All the actresses  have bonded well. The two Chake De women too- Vidhya Malwade and Sagarika Ghatge bonded and both of them surely would have caught up with each other about days of Chak De and both surely look at getting more work in Bollywood, while the cute Delnaaz looked as ravishing as always.

Sanjeev Jotangia On Why He Loves To Be Part Of YRHPK